On a monthlong trip through Russia's bloody southern republics, our correspondent visits a nearly deserted courtroom looking for hints as to why the violence here has taken on a new level of viciousness. 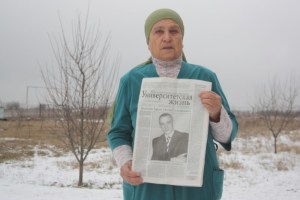 NALCHIK, Russia — At the end of a street lined with graffiti-scrawled apartment blocks on the edge of this city in southern Russia is a steel-roofed building the size of a small aircraft hangar.

The building was constructed for a single purpose: the trial of 58 suspects — the largest number of defendants for a single legal proceeding in modern Russian history — accused of joining in an Islamist guerrilla raid on Nalchik on Oct. 13, 2005.

Despite the magnitude of the charges — 142 people died in the attack — the trial has been going on virtually unnoticed by the outside world since March 2009. Local newspapers here in the republic of Kabardino-Balkaria carry occasional reports from the process, but most Russians have no clue it is even taking place.

One morning this month, I walked through an eerily quiet neighborhood, past two police cordons and several groups of soldiers cradling automatic weapons, into the hearing room, which was almost entirely empty of spectators.

It was an extraordinary sight. Three judges occupied a podium at the end of the hall, about 60 yards from where I sat. To their right sat a handful of blue-suited prosecutors. To their left, about 30 defense lawyers bent over their papers at a long line of benches. Behind the lawyers were six cages holding the defendants, mostly thickly bearded men in tracksuits and baseball caps.

What surprised me was their demeanor. The men in the cages — they are all men — were facing life sentences for allegedly causing the death of scores of people in coordinated attacks on police stations, Federal Security Service (FSB) offices, military buildings, and a gun store. But they looked confident. They leaned through the bars, they lolled on each other’s shoulders, they exchanged jokes and sat in twos or threes, talking and smiling. At the beginning of the hearing, they prayed loudly together, their hands upturned, their eyes closed.

During the proceedings, the defendants made occasional statements into microphones in front of their cages. Some had become skilled at legalese. Others were simply swaggering.

One stepped forward to say that Khachim Shogenov, the republic’s former interior minister, should be called to give evidence “while he was still alive.” He warned, “Such people will be killed in this republic. By the time this process ends, praise be to Allah, they will all be destroyed.” (Shogenov narrowly escaped harm last month in an assassination attempt in which two of his bodyguards died.)

The Nalchik raid was neither the first nor the most deadly attack on Russian towns or cities in the past decade. In 2002, at least 40 gunmen seized 850 hostages at a theater in Moscow; about 170 people were left dead. Two years later, a group of 32 armed men took 1,100 pupils, teachers, and parents captive at School Number One in Beslan, North Ossetia. Almost 400 people died.

What makes the Nalchik assault unique is that 58 suspects survived in custody, unlike earlier raids where most, if not all, the terrorists were killed in the fighting. Because of this, it’s an important opportunity to explore the motivations and psyches of the militants, even if practically no one (either in Nalchik or elsewhere in Russia) appears to be watching.

Many of the accused do not deny they were involved in the 2005 events. But they dispute the details and argue that they were driven to their actions by a campaign of persecution.

“What these lads did came after months and years of provocations by the security services on the basis of their religion,” said Larisa Dorogova, a lawyer who has worked with the families of the accused. “They were beaten, they were sodomized with bottles. Some had crosses shaved into their heads. Some were forced to drink vodka. It reached a point when they couldn’t take any more.”

That this persecution took place is widely accepted. The republic’s current president, Arsen Kanokov, who came to office only two weeks before the Nalchik raid, said last September that “extreme violence” had been directed at orthodox Muslims in the years prior.

And yet no one was punished for the excesses. “The events that led up to October 13 were never properly dealt with,” said Valery Khatazhukov, a Nalchik-based human rights activist. “And the ongoing sense of outrage and injustice felt by the insurgents as the trial goes on is one of the reasons they have become even more radical.”

This hardening of Kabardino-Balkaria’s insurgents is a demonstrable truth. Over the last three months, the guerrillas have stepped up their assassinations of policemen and state officials. And while indiscriminate mass killings using suicide bombers have been a regular tactic in the North Caucasus for at least a decade, recently the insurgents in this republic moved on to a new method of terror: gangland-style murders of individual civilians.

On Feb. 18, masked militiamen in a black car without license plates pulled over a minibus carrying a group of tourists from Moscow through Kabardino-Balkaria’s Baksan district to the ski slopes at Mount Elbrus. The men asked for documents, but when the tourists refused to hand them over they opened fire, killing three. It was the first attack on tourists that anyone I spoke to here could remember.

The militants’ goal, most likely, was to discredit the Kremlin’s plan — announced by President Dmitri Medvedev at Davos — to develop a $15 billion chain of new ski resorts across the North Caucasus, one of them close to Elbrus. Attacking tourists can at least be said to have a purpose, albeit a diabolical one: using terror to disrupt Moscow’s attempts to stabilize the area. But what was the point of killing Aslan Tsipinov?

Tsipinov, 51, was a beekeeper and ethnographer who organized festivals celebrating the customs of the Kabardin, a subgroup of the Circassians who are the dominant people in Kabardino-Balkaria. He was shot dead at his gate by two men on Dec. 29.

When I visited Tsipinov’s large red-brick house on the edge of Shalushka village near Nalchik, the dead man’s 19-year-old son, Ozdemir, showed me Makhosh, his father’s horse. Tsipinov’s mother, Tsatsa, received me as a mourner, laying a hand on my chest and embracing me. She showed me Aslan’s picture: a handsome man standing ramrod-straight in a traditional cherkesska tunic cinched at the waist, one hand resting lightly on the hilt of an ornamental dagger. “He was only for tolerance,” said Tsatsa. “Whenever he talked of a plan, he began with the words, ‘If Allah allows it, I hope to do this, or that.’ Why murder him?”

Ratmir Shameyev, a notorious 22-year-old leader of the Kabardino-Balkaria jamaat (as the militants call their fighting units), had a simple answer. Dressed all in black and wearing his trademark eye patch, Shameyev appeared in a video announcement on the jamaat’s website 10 days after Tsipinov’s death, clutching an automatic weapon. The ethnographer was a “mushrik” (idolater) who promoted pagan customs, he said. And thus, he had to die.

Tsipinov’s murder caused particular bitterness because he was a prominent and much-loved public figure. But the extremists have also killed several fortunetellers (also considered mushriks) and businessmen in recent weeks — the latter, probably, for refusing to pay a tithe to the rebels.

The growing brutality has left the republic’s leadership desperately seeking a way to cut off the radicals. At an emergency parliamentary session this month, MPs sent an appeal to Medvedev asking for help with security. “This string of murders has shaken the republic,” said Prime Minister Anuar Chechenov, as reported by the local paper Gazeta Yuga. “There is a mood of panic.” He added: “The population is forming the conclusion that the authorities can’t even protect themselves, let alone ordinary people.”

A few days later, Medvedev’s envoy to the North Caucasus, Alexander Khloponin, swooped into Nalchik. It was the day I arrived in the city, and groups of policemen were huddled on every street corner. Khloponin met with a group of 200 university students, who asked him the cause of the recent escalation.

“It’s the fault of the authorities — federal, regional, and municipal,” he replied frankly. “It’s corruption and inequality. Some people are allowed to break the law, and others are not. We have forgotten that everyone is equal before the law, and that is a systematic mistake.

“The second reason is a bandit carve-up,” Khloponin added. “Under the cloak of Islam, many are just dividing property, and it has nothing in common with religion. One other reason is a low level of culture and education. The ignorant also use Islam as a cover. And, finally, there is high unemployment among the young. Without tackling that, we will have problems.”

It was a neat and correct assessment. But since I’ve been here I’ve found little evidence that people believe the arrogant “power” (as state authorities are collectively called in Russia) is ready to change its spots. Kabardino-Balkaria’s economy is showing healthy growth compared with other nearby republics like Ingushetia and Dagestan, yet poverty and discontent are still widespread.

And then there’s the human rights issue. Khatazhukov told me that violations by the security services have been reined in, but that there are still individual officers who think torture is an acceptable tool for extracting information about the whereabouts of rebel camps.

Such tactics threaten only more bloodshed.

A few days after visiting the Nalchik trial, I met some relatives of fighters who took part in the 2005 raid. One of them was Arsen Tukov, whose son, Anatoly, 31, died in a fierce exchange of gunfire with police.

Arsen, a composed, avuncular man with a long white beard, described himself as a Salafi: a follower of the pious strain of Islam. From 2001 to 2005, he was the imam of a mosque in the Nartan suburb of Nalchik.

As we sat drinking tea in a cafe called Salaam, Arsen described how during that period, police officers would cart off young men from his and other mosques for cruel interrogations. Some came back with bruises and broken ribs. The police ignored all pleas to stop. Later his mosque and several others considered hot spots of fundamentalism were closed and bulldozed.

Arsen didn’t condone his son’s actions, he added. Yet there was a reason Anatoly and his friends fought on that October day six years ago.

“In Islam, there are three steps one must take in the event of persecution,” said Arsen.

“The first step, if you live in a Christian state, is to apply to the authorities and request protection from harassment. Which they did: They wrote 162 official complaints, all with no result.

“The second step is to ask to be resettled to a place where you can fulfill your religious obligations. Four hundred and eighty Muslims from here wrote an appeal to the federal authorities asking assistance to move to another land. The power refused to help.”

Arsen paused for a moment to sip his tea. I noticed he smelled faintly of sweet incense. And the third step? I asked.

“The third step comes if all efforts are exhausted and the persecution continues,” he said, pushing away his cup. “That is when you no longer have the right to sit at home, when you must come out and defend your religion.” Arsen lowered his voice and leaned forward.