Just how much did these cables change the world? 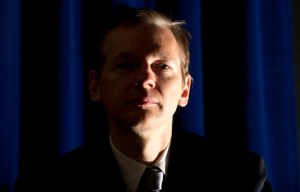 Ever since those first cables from Tunis leaked on Dec. 7, 2010, informing the world that Tunisian President Zine el-Abidine Ben Ali’s extended family was a “quasi-mafia” and that his son-in-law’s “over the top” mansion housed not only an infinity pool but also a tiger who fed on “four chickens a day,” WikiLeaks has been intimately bound up with the revolutions. Indeed, the Tunisian uprising began only 10 days later, and its shock waves have spread across the Arab world.

If it’s too much of a leap to say that the cables gave rise to the protests, they certainly provided a lens through which the Arab public could, finally, get a candid glimpse as to how Washington saw their leaders: Omar Suleiman’s brief tenure as vice president of Egypt was illuminated by a few cables discussing his toadying relationships with Israel, the CIA, and President Hosni Mubarak. And embattled Libyan leader Col. Muammar al-Qaddafi’s image in the Western world took on a lurid spin after the leak of an early cable about his “personal proclivities.” Not only did WikiLeaks reveal his voluptuous Ukrainian nurse to the world, it encapsulated his decades of rule: “While it is tempting to dismiss his many eccentricities as signs of instability,” read the cable, “Qadhafi is a complicated individual who has managed to stay in power for forty years through a skillful balancing of interests and realpolitik methods.”

Now that the revolutions are entering their fourth month, however, with two governments overthrown and others tottering on the brink, are the WikiLeaks cables merely reporting from a world that doesn’t exist anymore? Or can WikiLeaks still be read with an eye toward the new Arab future? Foreign Policy went back through the files to dig up the best of the Arab world WikiLeaks: the cables with impact on today’s revolutions, and tomorrow’s. 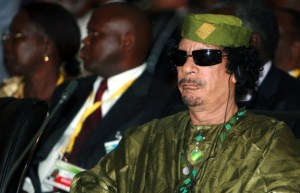 Months before a rebellion broke out across Libya on Feb. 25, the world was familiar with the peculiarities of Col. Muammar al-Qaddafi’s inner circle. WikiLeaks cables from March 2009 detailed the Qaddafi family’s squabbling, which pitted one son — the erstwhile reformer Saif al-Islam — against his brother Mutassim, the slick-suited, hard-line national security advisor. Meanwhile, Qaddafi’s daughter was tasked with “monitoring the activities of ne’er-do-wells” of the family — a task she did none too well, given the diplomatic fracas that followed the arrest of one of Qaddafi’s sons  in Switzerland for beating up two staff members at a luxury hotel in Geneva. The release of another cable, which reported that Qaddafi “relies heavily” on a “voluptuous blonde” Ukrainian nurse, was also at least partially responsible for the U.S. ambassador to Libya being recalled to Washington.

While Qaddafi’s public remarks often seem to suggest that he is living on a different planet, the colonel was quick to recognize that the upheaval in the Arab world threatened his four decade-long rule. In a Jan. 15 speech mourning the downfall of Tunisian dictator Zine el-Abidine Ben Ali, he attacked WikiLeaks as “Kleenex” and even took on the Internet, calling it a tool “which any demented person, any drunk can get drunk and write in.” 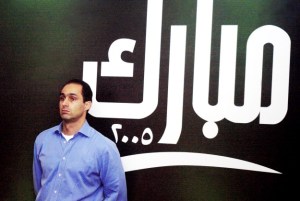 Until Egyptian politics was turned on its head by the millions of protesters who demanded a change of the status quo, the chattering classes considered it a near certainty that President Hosni Mubarak would eventually be replaced by his son, Gamal, or his national security advisor Omar Suleiman. In the days when it seemed Mubarak was sure to cement a clean succession, WikiLeaks published a number of State Department cables detailing the palace intrigue in the succession struggle, including one that reported, “despite palpable public hostility to his succession, and potential stumbling blocks, the way forward for Gamal currently appears open.” Today, however, with Gamal holed up with his father in Sharm el-Sheikh and under a government order that freezes his assets, that path is decisively closed.

Suleiman, whom Mubarak appointed vice president in an unsuccessful attempt to assuage protesters’ anger in late January, also makes a number of notable WikiLeaks appearances. One cable referred to the former spy chief as Mubarak’s “consigliere” — a judgment that could go a long way to explaining why he was viewed with skepticism by the Egyptian people as an appropriate replacement for Mubarak. 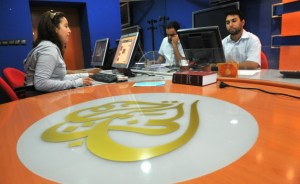 Al Jazeera earned glowing praise across the Arab world — even from Secretary of State Hillary Clinton — for its 24/7 coverage of the Middle East uprisings. But the WikiLeaked cables suggest that U.S. diplomats don’t believe the network is always the courageous and objective source of news that it claims to be. The cables reported that the Qatari government, which owns Al Jazeera, has been using the station as “a bargaining tool”  in its diplomacy with foreign countries.

The cable noted that al Jazeera’s increasingly favorable coverage of Saudi Arabia had greased the wheels of Qatari-Saudi reconciliation and suggested that the network’s coverage of the United States should be included as part of U.S. diplomats’ discussions with Qatari officials. 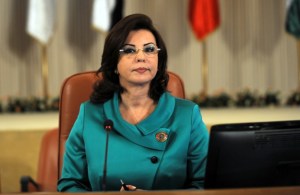 The regime of Tunisian President Zine el-Abidine Ben Ali, which was the first domino to fall in the Middle East, was the subject of some particularly damning revelations in the WikiLeaks cables. U.S. diplomats described the Ben Ali clique as “The Family” who ran Tunisia for its own personal enrichment. The cables also revealed that former first lady Leila Trabelsi, who became a hated symbol of the regime’s greed, made a hefty profit off the sale of a private school.

This material was so damning that it inspired TuniLeaks, a spinoff website solely dedicated to the cables from Tunisia. It was evident that Tunisians took the message to heart: After the Ben Ali family fled to Saudi Arabia, looters targeted the homes of Trabelsi’s families as symbols of the ancien régime’s corruption. 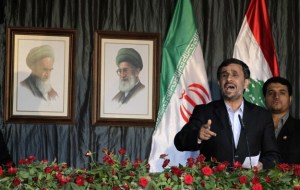 The WikiLeaks cables revealed the true extent of the Gulf Arab regimes’ antipathy for Iran, most famously with Saudi King Abdullah’s admonition that the United States should “cut off the head of the snake” in Tehran. But the cables also revealed no small amount of eye-rolling in U.S. officialdom about Arab bravado toward their Persian rival. The Saudis always want to “fight the Iranians to the last American,” U.S. Defense Secretary Robert Gates was reported to have said in February 2010.

A number of other cables describe U.S. officials’ attempts to grapple with the mixed signals coming out of the Islamic Republic. “GOOD LUCK FIGURING OUT WHO IS IN CHARGE IN TEHRAN,” read the paragraph heading of one cable, while another warned simply, “BRACE FOR UNCERTAINTY.” 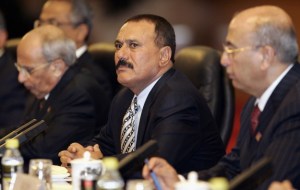 President Ali Abdullah Saleh has had his hands full trying to tamp down multiple revolts across this impoverished country, and protests in Sanaa are now occurring on a regular basis. The WikiLeaks cables revealed that Saleh had been playing a double game with the U.S. military, using weapons that the United States had given him to fight al Qaeda to combat a purely domestic insurgency. Despite Saleh’s promises to Gen. David Petraeus, the U.S. ambassador reported that Yemen’s counterterrorism unit “has been unable to go after genuine terrorist targets like al-Qaeda in the Arabian Peninsula (AQAP) while it has been tied down in Sa’ada,” the northern province at the center of the other revolt.

The WikiLeaks cables provide further evidence of Saleh’s long-standing effort to reap the benefits of U.S. support, while avoiding the perception among his population that he is an American stooge. On March 2, he was forced to issue an apology to the Obama administration after delivering a speech claiming that “an operations room in Tel Aviv” run by the White House was trying to destabilize the Arab world. As this diplomatic snafu attests, Saleh’s balancing act is getting more difficult every day.