The six power brokers who are looking to run the new Middle East.

Nayef, a relatively sprightly 77, has served as Saudi Arabia’s interior minister since 1975, overseeing the kingdom’s fights against terrorism as well as more peaceful forms of dissent. But with King Abdullah, 87, aging and infirm, and his brother Crown Prince Sultan, 86, said to be suffering from Alzheimer’s disease, many kingdom watchers expect the ultraconservative Nayef to be the next head of the world’s wealthiest and most heavily armed family enterprise. Among the hard-line prince’s greatest hits: accusing “Zionists” of perpetrating the 9/11 attacks, rejecting the idea of elections, and overseeing payments to the families of Palestinian suicide bombers. Friday, March 18’s speech by King Abdullah was vintage Nayef: no hint of political reforms, a ban on criticizing clerics, and truckloads of cash for the country’s Wahhabi religious establishment. 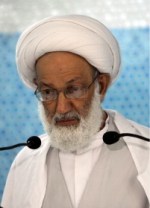 Bahrain’s leading Shiite cleric is a relatively unknown figure outside the small Persian Gulf kingdom, but he’s become a leading player in what is emerging as a burgeoning sectarian Cold War across the Middle East. A follower of Iranian Supreme Leader Ali Khamenei, Qassim is as revered by Bahrain’s Shiite majority as he is distrusted by the Sunni minority, who fear he subscribes to velayat-e faqih, the Iranian doctrine of clerical rule. According to European researcher Katja Niethammer, “It seems that few decisions can be arrived at … without prior consultation with Isa Qassim, ranging from questions with regard to the planned codification of the personal status law to participation in elections.”

Yet the cleric has played a relatively moderate role in recent events in Bahrain, urging his followers to express their demands peacefully. “I say to all our people, Sunnis and Shiite, that it is forbidden to shed the blood of anyone under any pretext,” he said in a recent Friday sermon. At another he said, “They can use tanks and planes to smash our bodies, but will never break our souls and our will for reforms.”

One of the most prominent officials to defect from Muammar al-Qaddafi’s government, Jalil heads the National Transitional Council, the group that has presented itself as the political leadership of the Libyan uprising. It’s not clear, however, what kind of clout Jalil, who was Qaddafi’s justice minister until he stepped down in protest on Feb. 20, and the rest of the council has among the ragtag militias and military defectors that make up the rebel army — or the general public for that matter. Nor is it apparent whether the council holds sway beyond eastern Libya, home to many of the group’s leaders. Still, the 59-year-old Jalil has earned respect from some unlikely places: human rights campaigners. In August 2010, Heba Morayef of Human Rights Watch praised Jalil for his help in trying to secure justice for a group of arbitrarily detained prisoners. DPA, the German wire service, describes the former lawyer as “a conservative and devout Muslim, not a radical Islamist.”

When Ahmar suddenly announced his support for the protest movement that has been shaking the impoverished Gulf country in recent weeks, Yemenis and political analysts alike concluded that President Ali Abdullah Saleh’s ouster was only a matter of when, not if. “Officers in the military, who are an important part of the community and defenders of the people, I declare, on their behalf, our peaceful support of the youth revolution,” the brigadier general said, announcing his defection. But Ahmar, a relative and a former close ally of Saleh, is no white knight in shining armor. As commander of Yemen’s northwest military district, Ahmar has been the tip of the spear in Saleh’s brutal fight against Shiite rebels and has at times used radical jihadists as a proxy force. He’s also accused of involvement in a variety of criminal activities. Still, his defection has been followed by dozens of other top regime figures. “Ali Muhsin is by far the most powerful figure in the military and his announcement opened the floodgates,” writes Gregory Johnsen, a Yemen expert at Princeton University.

One of the Arab world’s most prominent Islamic preachers, Qaradawi has long been an influential supporter of Egypt’s Muslim Brotherhood from his perch in Doha, Qatar. Qaradawi, 84, has written dozens of books on Islam and founded IslamOnline, an influential religious website with a huge global following. Imprisoned under King Farouk and Gamal Abdel Nasser, Qaradawi has courted his share of controversy by praising Palestinian and Iraqi suicide bombers, endorsing wife-beating “as a method of last resort,” and harshly criticizing Shiites as “heretics.” Yet he’s also shown an occasional ecumenical side, as when the formerly exiled sheikh returned to Egypt after the fall of Hosni Mubarak to deliver Friday prayers and addressed his sermon to both Muslims and Christians. Despite his advanced age, Qaradawi has played an important role in encouraging the Arab protests, condemning autocrats like Mubarak and Tunisia’s Zine el-Abidine Ben Ali, and even issuing a fatwa calling for the death of Libyan dictator Muammar al-Qaddafi — though his criticism of Gulf rulers has been noticeably muted. Qaradawi is banned from visiting the United States.

Egypt’s Supreme Military Council — the junta that overthrew Mubarak on Feb. 11 and installed itself as the custodian of the country’s democratic transition — is formally headed by Field Marshal Mohamed Hussein Tantawi, the 75-year-old former defense minister described in one WikiLeaks cable as “Mubarak’s poodle.” But it’s Sami Enan, 63, the dynamic chief of the armed forces, who is thought to command the respect of the troops — not to mention that of his American counterparts. Enan studied in Russia, speaks a smattering of French, and is known to throw back a drink or two on occasion, though he has never trained in the United States. These days, as he juggles the challenges of running a country, not just an army, Enan speaks with top U.S. military officials often. “If he is not yet the Pentagon’s man in Egypt,” the New York Times reports, “many hope he will be.”

Venezuela’s Maduro Should Be Tried for Ecocide