Noted contemporary artist Ai Weiwei hasn't been heard from since being detained on April 3. His detention is but the most prominent in Beijing's widening crackdown on civil unrest.

Ai Weiwei, China’s most famous artist and co-designer of the iconic “Bird’s Nest” Olympic stadium, was detained at Beijing Capital Airport on April 3 as he attempted to board a flight to Hong Kong. (Last fall, he was briefly detained to prevent him from attending a scheduled “demolition party” to mark the government-ordered destruction of his Shanghai studio.) He has not been heard from since being detained, a highly unusual and worrying sign. 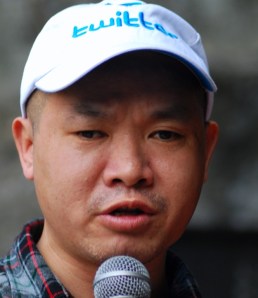 Ran Yunfei, a 46-year-old writer from Sichuan province and a signer of Charter 08, the Chinese pro-democracy manifesto, has been held in detention by local police since Feb. 20. On March 28, his wife received a notice that he had been formally arrested on the charge of “inciting subversion of state power.” A few days before he was detained, on Feb. 14, Ran had posted the following message to his microblog account: “The government on the one hand prevents freedom of the press and disallows the free flow of information, and on the other hand … conceals the truth.”

Teng Biao, a Beijing-based human-rights lawyer and one of the co-founders of China’s Open Constitution Initative, lost his legal license after accepting cases involving Tibetans accused of participating in the March 2008 protests. Since Feb. 20, he has been detained by police, with no word on his whereabouts. “This time is really strange,” his wife Wang Ling told the New York Times. “In the past, they held him only a few days, and we knew for what reason. But this time, I’ve been told nothing. No news, no calls, no result so far. I have no idea at all.” 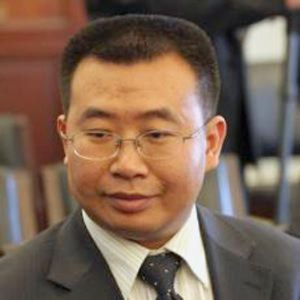 Jiang Tianyong is a Beijing-based lawyer; he testified on human rights abuses last November on Capitol Hill before the Tom Lantos Human Rights Commission. He has been missing since Feb. 19. According to the AP, the last time “prominent Chinese lawyer Jiang Tianyong was seen or heard from, he was visiting his brother in a Beijing suburb. Police grabbed him and threw him into a waiting van, pushing aside his elderly mother who had clung on to the vehicle.” 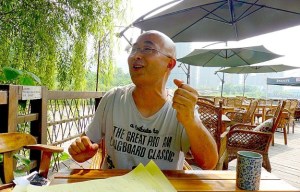 Liao Yiwu is a well-known author of books and essays critical of the Chinese government and a signer of Charter 08. In April, he had been scheduled to travel to the United States and Germany to promote the new English translation of his book, God is Red, a compilation of accounts of persecuted Christians in China since 1949. But on March 28, he received an order from the police forbidding him from leaving the country. 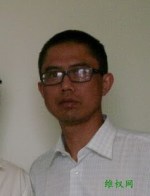 Liu Xianbin, a prolific writer and longtime democracy activist has been held in prison in Sichuan province since July 2010. The indictment notice issued by a local security bureau indicated that he “wrote and transmitted through the Internet articles for publication” on the topic of human rights. Liu received an unusually harsh additional sentence on March 25 — 10 years in prison for “inciting subversion of state power.” The government has made him a scapegoat for other activists, even though he could not have played a lead role from prison in advocating the “Jasmine Revolution.”

Tang Jitian, a human-rights lawyer in Beijing who disappeared on Feb. 16, was recently released and sent back to his ex-wife, who resides in Jilin province. In the days immediately prior to his forced disappearance, he had been discussing with two other lawyers how they could help a friend, activist Chen Guangcheng, obtain release from house arrest. A friend of Tang told the Guardian, “The police got him from his home. They smashed the lock, broke his door and took him away.” Tang was tortured by security forces during his time in detention, but he has chosen to disclose few other details, under threat from police that speaking up may cause him to be detained again.

America Needs to Prosecute Its Presidents