What Not to Wear

Five countries where the term "fashion police" is meant literally.

Sartorial offense: The niqab and the burqa 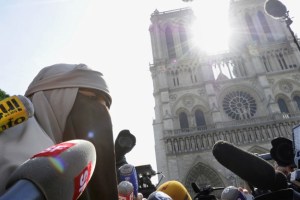 Sartorial offense: The niqab and the burqa

The debate: With France’s forceful response to the events in Libya, President Nicolas Sarkozy may have cast himself as a defender of freedom in the Islamic world, but a controversial new law back home is unlikely to win him many points among Muslims. Under a regulation that was passed by Parliament last October and went into effect on April 11, women will no longer be able to appear in public wearing traditional Islamic garments including the niqab — a full face covering — and the burqa, a full body covering. Anyone caught wearing the niqab can be fined over $200 or required to take courses on French citizenship. Fines are much higher — over $20,000 or jail time — for men who force their wives to wear the burqa.

Police made the first two arrests under the new law on the day it went into effect, taking two women into custody at a rally in front of Paris’s Notre Dame Cathedral. Under the rules, police are forbidden from asking women to remove their veils in public, but must escort them back to a police station where they will be forced to remove it.

France’s discomfort with public displays of religion is nothing new: The wearing of headscarves in state schools has been banned since 2004. But the new law comes at a particularly fraught time for France’s Muslim community. Sarkozy’s UMP party recently hosted a controversial national debate on the role of Islam in society, and the president has made comments describing multiculturalism as a failure. French Muslims claim the ban is a symbolic, discriminatory response to a problem that doesn’t exist: Fewer than 2,000 women in France are believed to wear full face coverings. 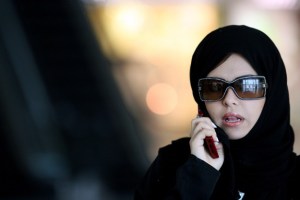 The debate: Restrictions on clothing make up just one category of Saudi Arabia’s strict social laws, dictating separation between the sexes in most arenas of life. Women typically conform to a firm dress code while in public — a black cloak known as an abaya and the niqab. There is some room for personal expression, however: Abayas are now available trimmed with sparkles or leopard print.

Men face their own restrictions, though these are mostly related to women’s dress as well. In 2009, the Saudi government arrested 67 men on accusations of cross-dressing at a private party in Riyadh celebrating Filipino Independence Day. This follows a similar incident in March 2005, when over 100 men were detained for imitating women at another private party in the city of Jeddah. A government newspaper said that the men were dancing and “behaving like women.” While they initially were sentenced to imprisonment and flogging, they were later pardoned and released. 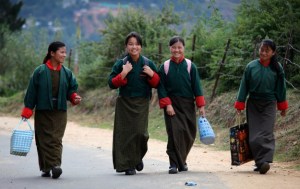 The debate: Bhutan’s former King Jigme Singye Wangchuck was so eager to put Buddhist teachings into action that he promoted the metric of “gross national happiness” as an alternative to traditional economic development measures. He also, however, found some less warm and fuzzy ways of preserving traditional Bhutanese culture from what he saw as corrupting outside influences — among them, draconian restrictions on clothing.

Since 1990, Bhutanese have been required by law to follow the official national dress code, known as Driglam Namzha, in public. For men, that involves a knee-length robe known as a gho. For women, it’s a type of ankle-length kimono called a kira. Those caught wearing anything else can be subject to a $3.30 fine, which amounts to three days’ wages. The rules are even more specific for civil servants, who must wear sashes of various colors and designs depending on their office. Bhutanese have evolved some bizarre fashion responses to the law, including the briefly in vogue practice of wearing jeans under the gho.

Driglam Namzha is just one of the cultural laws resented by the Hindu Nepalese community in southern Bhutan, which has been persecuted for years by the Bhutanese government. 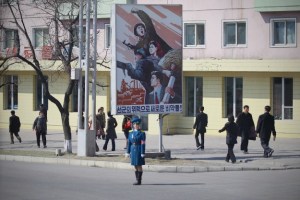 The debate: In North Korea, where daily life is a parade of regulations, clothing is no exception. In 2005, North Korean state TV showed a five-part series on personal grooming titled, “Let’s trim our hair in accordance with the socialist lifestyle.” It instructed men to pick one of several officially sanctioned haircuts. Options included the crew cut and the “high, middle, and low” styles. Hair should be trimmed every 15 days, the show advised, and men over 50 were permitted to grow their hair up to 2.75 inches in order to hide bald spots. Unfortunately, Dear Leader Kim Jong Il’s signature pouf was not on the menu of options.

Proper dress in North Korea is considered vital to the country’s health. According to the Guardian, a radio broadcast in 2005 titled, “Dressing in accordance with our people’s emotion and taste” informed North Koreans that looking tidy would keep the capitalists away and would promote “the socialist lifestyle of the military-first era.”

The consequences for not dressing in accordance with the people’s emotion are dire. North Korean women face hard labor if they are caught wearing trousers instead of skirts. In 1986, Kim Jong Il issued a decree urging women to wear traditional Korean attire. “The Dear Leader has said national character shows up not only in language, etiquette and morals but in attire as well,” official North Korean website Uriminzokkiri said in 2009. According to the site, Kim said that the country’s traditional garb is a “source of [national] pride.” 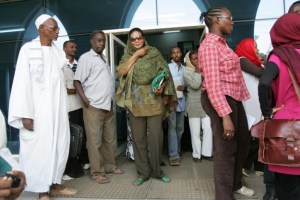 The debate: Lubna Hussein became known among international journalists as the “Sudan trouser woman” after she incited a media frenzy to draw attention to Sudan’s practice of flogging women who are “indecently attired.” But despite the attention attracted by Hussein’s arrest and subsequent trial, she wasn’t able to change Sudanese public decency laws. Thousands of Sudanese women are still arrested each year for “public order” offenses, a vague category that can be interpreted to prohibit everything from short skirts to dancing between women and men.

In July 2009, Hussein was one of a dozen pants-wearing women arrested in a restaurant in Khartoum. Ten of the women pleaded guilty immediately to charges of “indecent” attire and were punished with 10 lashes and a fine of 250 Sudanese pounds. Hussein, a former U.N. official who left her job so she could not receive diplomatic immunity, took her case to trial in an attempt to publicize Sudan’s harsh interpretation of sharia law. Hussein was spared the 40 lashes that she was initially supposed to receive and instead stayed in jail until a Sudanese journalists’ union paid a fine on her behalf.

Although the international attention over Hussein’s case has died down, cases like hers still happen on a regular basis. In December, Sudanese police arrested dozens of women protesting against Islamic decency laws after a video of a woman being publicly flogged appeared on the Internet. Also in December, a Sudanese court convicted seven men of indecency. The men, all amateur models in the “Sudanese Next Top Model Fashion Show” in Khartoum in June 2010, were accused of wearing makeup. They were fined 200 Sudanese pounds each, as was their makeup artist, a woman.

NEW FOR SUBSCRIBERS: Want to read more on this topic or region? Click + to receive email alerts when new stories are published on Economics, Human Rights, North Korea

Will the Summit for Democracy Change Anything?

Will the Summit for Democracy Change Anything?