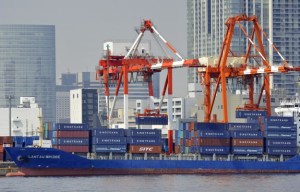 The Japanese government estimates that the damage from the March 11 earthquake alone will top $300 billion, already making it the costliest natural disaster in history. But its broader impact on the global economy may prove even more profound.

Since the 1980s, more and more companies, particularly in high-tech industries, have come to rely on Japanese-pioneered “just-in-time” manufacturing, maintaining low inventories and bringing in components as needed, thanks to cheaper shipping and modern tracking software. More often than not, those high-tech components are manufactured in Japan: The country produces 89 percent of the world’s aluminum capacitors, 46 percent of lithium-ion batteries, and 87 percent of gaming software. One factory 40 miles west of the Fukushima plant accounts for 20 percent of the world’s silicon wafers — vital for computer memory. The factory is now shuttered, and high-tech firms like Apple, Hewlett-Packard, and Lenovo are bracing for shortages.

With factories still recovering from earthquake and tsunami damage, manufacturers have warned that products ranging from Apple’s iPad to Boeing’s 787 Dreamliner will face disruptions and possible shortage. The effects of the quake are evident in the popular Toyota Prius, manufactured entirely in Japan: In California dealerships, the car was selling for an average of $300 below invoice price before the quake. It’s now up to $1,000 above invoice.

Following disruptions in the wake of Hurricane Katrina and last year’s Icelandic volcano eruption, many industry experts are beginning to question the practicality of just-in-time manufacturing. Ironically, it has also reinforced Japan’s centrality to the global supply chain, even after two “lost decades” of economic stagnation. But a similar crisis in China’s heavily industrialized Guangdong region, for example, could have even more wide-reaching effects. 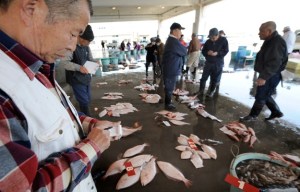 Japan’s fishing industry, which accounts for nearly half of the $3 billion per year Japan takes in from food exports, is still reeling from the double blow of an earthquake that devastated its fleet and radiation warnings that have consumers around the world anxious about its famous seafood. The earthquake and tsunami destroyed some 18,500 fishing vessels. In some parts of the country, nearly 90 percent of the fleet was knocked out.

Now the industry is coping with the effects of the radiation leaking from the Fukushima Daiichi nuclear plant, which was, for a time, being dumped directly into the ocean. While the Japanese government insists that fish from the country’s coastal waters is still safe to eat, fish-lovers remain jittery, and many sushi restaurants worldwide have stopped importing Japanese fish as a precaution. Countries including the United States and China have banned the import of food from the Fukushima area, and India has banned all Japanese food for up to three months. Tokyo’s famous Tsukiji fish market, the largest in the world and normally packed with tourists, is still a fraction of what it used to be. Daily sales at the market are down 60 percent. 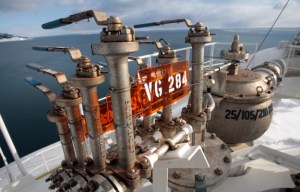 Tepco, the Japanese utility that operates the Fukushima nuclear plant, is the largest power company in Asia and the fourth-largest in the world; it sold more electricity in 2009 than the entire country of Spain uses in a year. A disruption in the company’s power generation, accordingly, can have an impact far beyond Japan’s shores, particularly in the market for natural gas, which is often used as fallback for electricity generation when nuclear and other alternative energy systems fail. As Baker Institute energy expert Amy Myers Jaffe has noted, when Tepco temporarily shut down five nuclear power plants in 2002, it pushed natural gas prices up substantially at trading hubs as far away as Louisiana. Another Japanese nuclear plant shutdown in 2007 raised gas prices worldwide for several years.

Last month’s earthquake knocked a quarter of Japan’s nuclear power generation offline, and the Fukushima reactors alone make up a full half of Tepco’s nuclear capacity. Barclays Capital analysts initially forecasted that this would cause Japan to gobble up an additional 3 percent of the global supply of natural gas. As of the end of last week, liquefied natural gas prices had risen in both Asia and Europe since the Fukushima disaster — and with Japan chary about building new nuclear plants, higher prices may be here to stay. “Fukushima’s never coming back online — and you have to replace it with something,” Jaffe says. But Americans can rest easier; the shale gas boom of recent years has left the United States with an excess of natural gas. 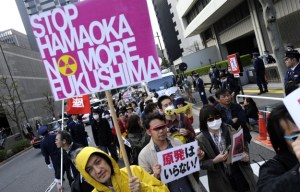 The disaster at Fukushima has put a premature end to the Europe-based “nuclear renaissance,” a post-post-Chernobyl movement toward expanding nuclear energy that had the International Energy Agency predicting nuclear would grow from 6 percent of total global energy supply to more than 11 percent by 2035.

Now those growth rates are being called into question. The European Union (whose energy commissioner, Günther Oettinger, has declared the situation at Fukushima a nuclear “apocalypse”) has called for “stress tests” for its 143 reactors. Meanwhile, Germany — the EU’s biggest economy — has suspended plans to prolong the life of its nuclear plants.

Elsewhere in the world, U.S. President Barack Obama, while expressing support for nuclear power, has requested a comprehensive review of the safety of domestic plants. And China, which has plans for a massive expansion of nuclear energy, has said it will hold off on approving new nuclear plants to allow for a revision in safety standards.

The governments of France and Britain have each remained steady in the face of the global panic. British Prime Minister David Cameron has said he still plans to have new plants up and running by 2025. And French Energy Minister Éric Besson, whose country gets up to 80 percent of its electricity from nuclear power, insisted last week it was his “profound conviction that nuclear energy will stay in Europe and the world and be one of the core energies in the 21st century.” French state-owned nuclear group Areva has emphasized to potential customers around the world that its new advanced EPR nuclear reactors are built with much higher safety standards than those at Fukushima. Of course, it helps that France and Britain aren’t in earthquake-prone regions.