The intellectual father of the democratic revolution on what he learned from Gandhi and why he doesn't give advice. 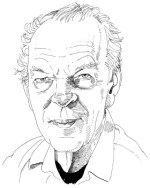 At 83, Gene Sharp has seen more than a bit of history. For decades, the mild-mannered democracy activist and University of Massachusetts professor of political science quietly wrote dozens of books about nonviolent revolution and the toppling of autocrats, including From Dictatorship to Democracy, viewed as the bible of revolts across Eastern Europe. Now, with uprisings sweeping the Arab world, he’s being hailed as a guru, the intellectual father of democratic revolution.

I don’t give advice. If I did, it would probably be wrong. And I wouldn’t say my work ascribes that nonviolence is inherently moral. In some cases, it can be very pragmatic, and that has quite different historical origins. Take the Poles, for example: They did not become — or ever were — pacifists. But they used noncooperation because that was what the struggle required.

I learned a lot from Gandhi — not as Mahatma, but as a political strategist. And he is misunderstood. He came to believe in moral principles, but his understanding of nonviolent struggle had nothing to do with that. He was studying political theory and law in London — in the inner temple, so to speak — so he had a unique analysis of the sources of power and how they could be severed by disobedience.

The Internet is a useful tool, but it still matters what you’re communicating. For that you still need, perhaps more than ever, knowledge and understanding and good judgment. To think that simply having a tool of communication means that you’re the equal of Thomas Paine is a gross distortion of reality.

I don’t follow the trends in Washington at all. I think the people who are talking about how the U.S. should intervene more in Egypt and other places are wrong, though. I think the U.S. should stay out of these situations completely. People have to learn how to do it themselves.