Is Our Kids Getting Dumber?

Actually, the U.S. really should care about its schoolchildren's international competitiveness. 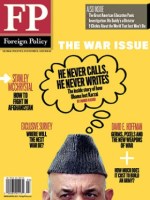 I appreciate the contrarian spirit of Ben Wildavsky’s piece (“Think Again: Education,” March/April 2011). He is absolutely right that the sky-high test scores coming out of Shanghai say nothing about China as a whole. And it is true that Americans’ anxiety about their students’ international competitiveness is nothing new.

And yet the harder Wildavsky tries to convince us that everything is fine, the more worried I feel. America’s relative test scores don’t matter so much, he argues, “[s]o long as American schoolchildren are not moving backward in absolute terms.”

But since 1969, America’s high school graduation rate has dropped from 77 percent to 69 percent, according to an analysis released last year by the Editorial Projects in Education Research Center. Kids are now less likely to graduate from high school than their parents. If that’s not “backward,” then I don’t know what is. Meanwhile, Germany, Japan, South Korea, and Britain now have high school graduation rates of 90 percent or more.

Wildavsky says such comparisons aren’t fair; America has far more poor, immigrant, black, and Latino kids than, say, Finland or South Korea, the top performers on international tests. But if we look at white kids only, just for the sake of argument, why does the United States still underachieve? On a percentage basis, New York state has fewer high scorers in math among white kids than Poland has among kids overall, according to 2010 research by Stanford University economist Eric Hanushek and colleagues. (Poland, it’s worth mentioning, has a higher poverty rate than the United States does and spends less than half what America spends per pupil on K-12 education; New York spends more than almost every U.S. state.)

Call me hysterical, but when the United States doubles the amount of money it spends on something, as it has done for K-12 education since the early 1970s, and sees no major progress, it may be worth considering what other countries are doing that America isn’t.

Ben Wildavsky makes an excellent point that we are far too alarmist about the prospect of Chinese math geniuses threatening America’s future prosperity. He rightfully puts to rest the theory that global education development is a zero-sum game. He also straightens out the record on the history of U.S. performance in schools and on the current role of higher education.

Nonetheless, he leaves the reader with the wrong message: Let’s not be too concerned about performance; it is old news, and we have seen repeatedly that everything tends to work out just fine. The simple fact is that being 31st in the world in math performance is a really big deal. The skills of America’s future labor force, as measured by the Program for International Student Assessment (PISA) tests, are very closely linked to the country’s potential economic growth. Specifically, long-term growth is highly correlated with performance on these international measures of skills.

If historic patterns hold, we can already calculate the implications for America’s future. Assume that the United States could raise achievement to that of Finland, the top-scoring country for the past decade. Over the next 80 years, the typical life span of somebody born today, improvements would have a present value of more than $100 trillion, according to my calculations.

Why has the U.S. economy done so relatively well if, as Wildavsky accurately points out, America has done poorly for a long time in terms of student achievement on international tests? A number of factors are relevant. First, the United States has the best economic institutions: relatively unfettered and open labor and capital markets, minimal governmental intrusion, and secure property rights. Second, as he points out, U.S. higher education institutions have led the world. Third, the United States has taken advantage of extraordinarily talented immigrants to its colleges and tech companies. These factors have been sufficient to overcome the mediocre skills produced in its schools.

America’s future success, however, will require either doing better on those fronts or improving the skills of its population. The staggering differences in potential futures for the United States demand that Americans should take these PISA scores as a wake-up call.

Arguing against alarmism isn’t the same as arguing for complacency. I didn’t suggest, per Amanda Ripley, that “everything is fine,” nor, per Eric Hanushek, that we shouldn’t be concerned about the United States’ academic results because “everything tends to work out.”

I wrote that American schools are “certainly in need of significant progress” and that “tackling the U.S. achievement gap [by race, ethnicity, and socioeconomic status] should be a moral imperative.” I did argue that international test scores don’t support the notion of a crisis of declining U.S. academic skills, that America’s global performance is heavily influenced by its dismaying domestic achievement gap, and that the United States’ anxiety about its international standing often devolves into the wrongheaded view that one country’s gains somehow come at the expense of others.

Hanushek, too, is right that education and economic growth are connected. That’s one reason we should welcome the modest (and unheralded) recent U.S. gains on the latest PISA tests. A new report by Brookings Institution scholar Tom Loveless notes that if the latest U.S. improvements are repeated when the PISA tests are next administered in 2012 and if Hanushek’s estimates of the economic benefits of better scores are correct, the country will be positioned for significant GDP gains. That would be a good thing — even if other countries also improve, leaving America’s global rankings unchanged.

ADAM ONGE: The PISA test, like almost all “educational metrics,” is a one-dimensional measure. How can you judge a complex human being, even a young child, by using a single real number? I’ve been teaching kids math for over 30 years, and I wouldn’t dare to judge a student’s ability using one single test. We should stop making social and political decisions based on such simple one-dimensional metrics.

ZAOTAR: What’s lost in the dialogue is the fact that America’s elite undergraduate/graduate students and schools are superb — and their educational success is what matters far more than the rest. The bottom 30 percent of the country’s students are truly lousy, but their academic success was never going to matter much to America’s economic vitality anyway. Those students won’t be using trigonometry in their occupations, and their inability to comprehend it doesn’t really matter. Not worth getting worked up over.