The Future of Food

Leading experts tell us what they think is coming next.

Three years ago, as markets were heading toward collapse, one set of prices made a startling and disruptive leap: food. With rice and wheat more than doubling, riots broke out from Haiti to Bangladesh, to Cameroon to Egypt. Then oil prices went down and the crisis waned. Today, however, it seems that was only a temporary reprieve. Inflation in the developing world is pushing up food prices again, floods and fires last year destroyed a significant chunk of the world’s wheat harvest, and oil is shooting back up as well, bringing with it the cost of fertilizer and shipping. Worse, with the world’s population set to hit 9 billion by 2050 on an increasingly arid globe, what we now call crisis may become the status quo. How did things get so bad? And is there any turning back? 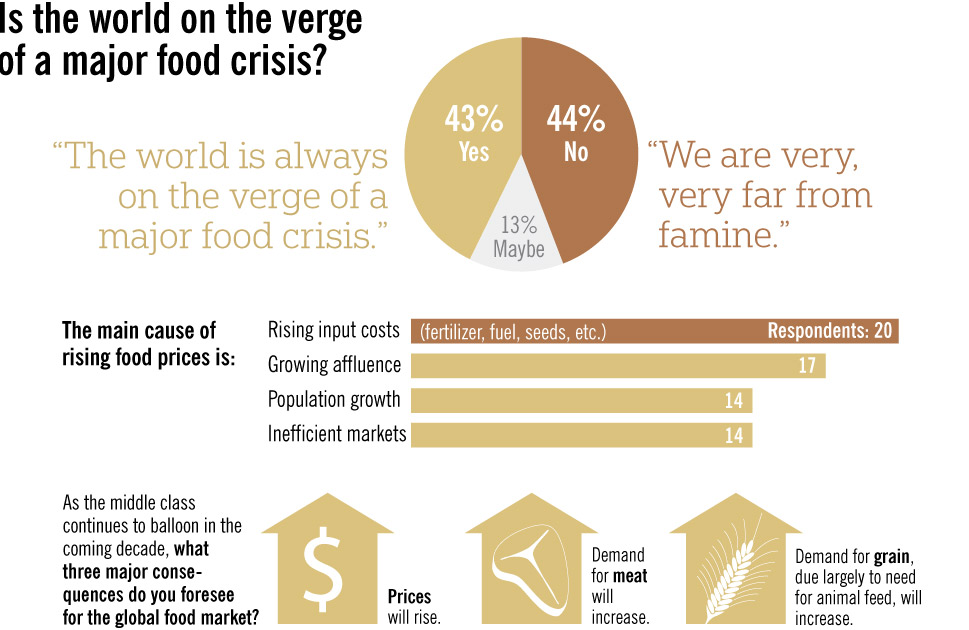 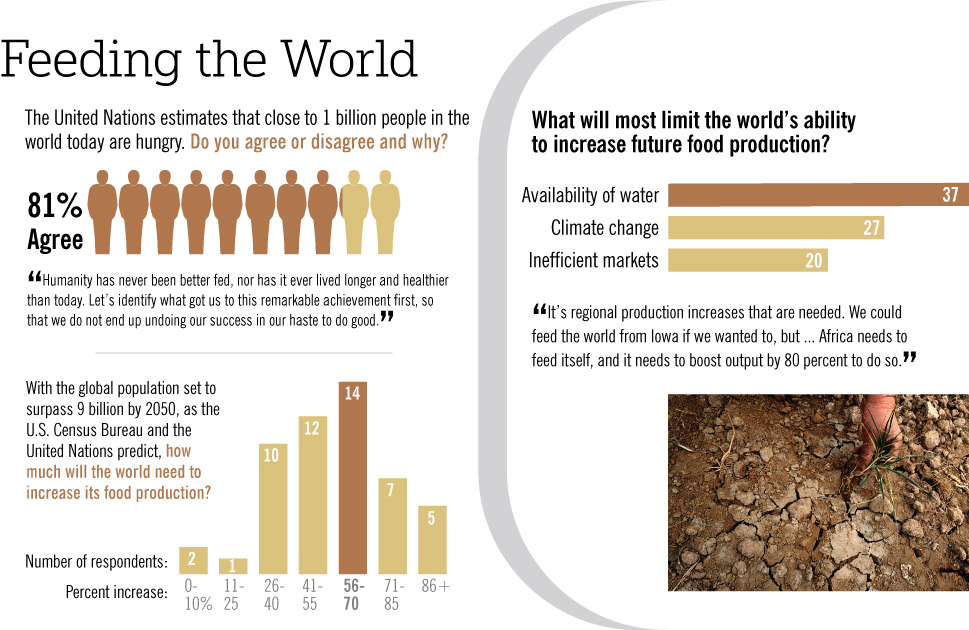