What Else Happened This Week?

While the media fixated on Kate, Will, and birth certificates, there was some pretty big news in the world this week.

Bashar al-Assad's Syrian government continued its brutal crackdown on the growing opposition movement this week. Tanks have been sent into the southern city of Daraa, the epicenter of the protests, and the town is now virtually under siege. On Friday, although the government warned protesters against assembling, rallies were held throughout the country protesting the bloodshed in Daraa, including one that drew around 2,000 people onto the streets of Damascus. Forty-two people were reportedly killed as government troops fired on demonstrators. Activists say more than 450 people have been killed since the demonstrations began in mid-March.

Bashar al-Assad’s Syrian government continued its brutal crackdown on the growing opposition movement this week. Tanks have been sent into the southern city of Daraa, the epicenter of the protests, and the town is now virtually under siege. On Friday, although the government warned protesters against assembling, rallies were held throughout the country protesting the bloodshed in Daraa, including one that drew around 2,000 people onto the streets of Damascus. Forty-two people were reportedly killed as government troops fired on demonstrators. Activists say more than 450 people have been killed since the demonstrations began in mid-March.

This week also brought the first signs that cracks ware beginning to form in the once impenetrable Syrian regime. Around 200 people have resigned from the ruling Baath party to protest the violence. A Syrian army unit has reportedly defected to the side of the protesters in Daraa.

The international community has struggled to come up with an appropriate response to the violence. The U.N. human rights council has passed a resolution condemning the violence, but a similar motion failed in the Security Council thanks to opposition from China and Russia.

Earlier this week, Muammar al-Qaddafi’s troops were forced to withdraw from the city of Misrata — the lone rebel outpost in western Libya — but they continue to bombard the city, which has been under siege for nearly two months. Rebels and government forces also skirmished over a border post in the remote Nafusa mountains, with the fighting spilling over into Tunisia.

The NATO air assault against Qaddafi’s troops continues, with one of Qaddafi’s Tripoli compounds destroyed. Italian Prime Minister Silvio Berlusconi has approved the use of his country’s air force in strikes against Libya. Italian involvement had previously been limited to allowing the allies to use its air bases.

Yemenis in at least 18 towns launched a civil disobedience campaign on Wednesday, the latest escalation of the ongoing campaign to remove President Ali Abdullah Saleh from power. At least 15 people were killed that day in clashes between demonstrators and security forces throughout the country.

Opposition leaders say they have tentatively agreed to a plan negotiated by the Gulf Cooperation Council under which Saleh would step down in 30 days, though many demonstrators continue to demand that he leave immediately. Saleh has said he would be willing to agree to a “peaceful” transition in line with the country’s constitution, but he continues to accuse the opposition of orchestrating a “coup against democracy.”

The two rival Palestinian political factions — Fatah and Hamas — announced on Wednesday that they were creating an interim unity government under a deal negotiated with the help of the new Egyptian government. The deal will end a years-long split that hampered the Palestinian Authority’s legitimacy and at times erupted into violence, but it risks alienating Fatah’s international supporters — particularly since technocratic Prime Minister Salam Fayyad will not be included in the new government.

Israeli officials immediately criticized the deal, with Foreign Minister Avigdor Lieberman describing it as a “red line” that would result in “hundreds of terrorists [flooding] the West Bank.”

Fighting on the Thai-Cambodian border

The ongoing territorial dispute on the Thai-Cambodian border flared again this week with at least 15 soldiers and one civilian killed in skirmishes. The fighting has centered around two temples that are claimed by both countries. Tens of thousands of people have been displaced.

The two sides reached a truce on Thursday after seven days of fighting, but attacks resumed on Friday. As usual, both sides accused the other of starting the violence. Nevertheless, both sides say they believe the ceasefire can be salvaged despite what the Cambodian defense minister called a “regrettable” attack.

The top U.S. human rights official — Assistant Secretary of State Michael Posner — accused China of “serious backsliding” on human rights after two days of talks with officials in Beijing. The human rights dialogue is an annual meeting, but tensions were heightened this year following China’s continued imprisonment of Nobel Prize laureate Liu Xiaobo, its crackdown on online dissidents in the wake of protests in the Middle East, and the recent imprisonment of artist and social critic Ai Weiwei.

Posner described this year’s talks as “respectful in tone” but added that “there’s no question that the atmosphere is different, because the facts are different.” A spokesman for China’s foreign minister accused the United States of using human rights as a “pretext for meddling in China’s internal affairs.”

Ugandan opposition leader Kizza Besigye was arrested again on Thursday while leading a “walk to work” protest against high fuel prices. The arrest came just a day after he was freed on bail for another arrest. Besigye, the runner-up in Uganda’s last presidential election and the most high-profile opponent of longtime President Yoweri Museveni’s regime had vowed to walk to work every Monday and Thursday to highlight what he believes is the government’s manipulation of commodities prices.

Earlier this month, Besigye was shot in the hand during a run-in with security forces. During his most recent arrest, men in civilian clothing smashed the windows of his car and pepper-sprayed him before loading him into a police vehicle. Besigye has been allowed to fly to Kenya to receive treatment for his injuries, and his supporters worry that he will not be allowed to return to the country. His arrest prompted new mass demonstrations and riots throughout the country.

About 25,000 migrants have arrived in Italy from North Africa so far this year, many in the wake of the revolutions in Tunisia and Egypt, prompting major concern in European capitals. On Tuesday, French President Nicolas Sarkozy and Italian Prime Minister Silvio Berlusconi met to discuss the refugee situation and issued a joint statement calling for the re-imposition of border controls within the European Union for “exceptional circumstances.” Bringing back border controls would constitute a major repudiation of the Schengen Agreement — which allows for free movement across borders within the EU — one of the union’s signature achievements.

Italy had angered France by granting visas to thousands of immigrants, allowing them to travel throughout Europe. Most Tunisian immigrants are believed to be headed for France. On Wednesday, French police arrested 60 suspected illegal immigrants, most from Tunisia. 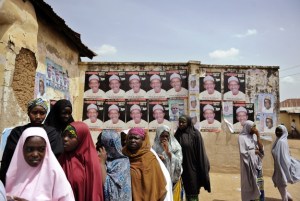 On Tuesday, sub-Saharan Africa’s most populous country wrapped up its national elections, which had spanned several weeks throughout April. The voting itself was laudable; there was little of the misbehavior — from rigging to violence to outright ballot-box theft — that Nigeria has seen in past elections. But the results sparked conflict across the country’s north, leaving 500 dead and inspiring some 74,000 people to flee their homes. Today, several regions throughout the country remain on edge as the results from the final round of voting trickle out.

The total number of bodies discovered in two sets of mass graves in the Mexican states of Tamaulipas and Durango this month is approaching 300. The people buried in Tamaulipas are believed to have been kidnapped from interstate buses by cartels before being tortured and murdered. The Mexican media — sometimes reluctant to report on cartel violence out of fear of reprisals — has reacted with outrage, calling the killings “our Auschwitz” and a “Mexican genocide.” Particularly shocking is the realization that the killings were going on for months with neither the police nor bus companies taking action to stop them. The Durango bodies are older and none have yet been identified. More than 34,600 people have been killed since Mexican President Felipe Calderon launched a major offensive against drug cartels four years ago.

On the other side of the border, House and Senate investigators traveled to Arizona this week as to look into the so-called “gunwalking” scandal — a controversial program under which agents from the bureau of Alcohol, Tobacco, Firearms and Explosives allowed thousands of assault rifles and other weapons to cross the border into the hands of cartels, at times even encouraging gun shop owners to sell to drug suspects in order to gain intelligence. Many of these guns later turned up at Mexican crime scenes.

With only three campaigning days left until national elections in Canada, the leftist New Democratic Party has made a surprise gain in the polls. It now appears increasingly possible that the NDP, along with the opposition Liberal Party, could win more seats in Parliament than embattled Prime Minister Stephen Harper’s Conservatives. In any case, Harper’s hopes of ruling with a majority government are out or reach. Not that the Liberals are celebrating: Polling shows them running third behind the NDP for the first time in their history.

The separatist Bloc Quebecois appears likely to suffer a major setback on Tuesday, possibly losing up to half its seats in parliament.

Can the Iran Nuclear Deal Be Saved?

Can the Iran Nuclear Deal Be Saved?