As the secretary of defense steps down, it's time to set aside the paeans and reconsider the conventional take on his tenure.

"Gates Was a Great Secretary of Defense."

Only if we grade on a curve. Bob Gates certainly makes pundits swoon. They appreciate his rhetorical restraint, purposeful demeanor, and evident distaste for the early zealotry of George W. Bush's administration. But his main asset, in their eyes, has always been that he's not Donald Rumsfeld, who seemed to relish antagonizing the media and had grown increasingly detached from the realities of the war in Iraq by the end of his tenure.

“Gates Was a Great Secretary of Defense.”

Only if we grade on a curve. Bob Gates certainly makes pundits swoon. They appreciate his rhetorical restraint, purposeful demeanor, and evident distaste for the early zealotry of George W. Bush’s administration. But his main asset, in their eyes, has always been that he’s not Donald Rumsfeld, who seemed to relish antagonizing the media and had grown increasingly detached from the realities of the war in Iraq by the end of his tenure.

When Gates answered a question at his 2006 confirmation hearing about whether the United States was winning in Iraq with a curt “no, sir,” pundits were head over heels. Schoolgirl mash notes masquerading as blog entries called him “the best defense secretary we’ve ever had” and the author of “one of the bravest defense budgets ever.”

Much of that commentary praised Gates’s management prowess, but failed to assess the objectives it served. Gates has proved a competent executor and skilled promoter of bad policies: the continuation of the Iraq war, the expansion of the one in Afghanistan, the deification of counterinsurgency warfare, and the continued growth of the Pentagon’s bloated budget in service of an excess of global commitments. Gates was an able defender of the status quo, but at a time when U.S. foreign and military policies desperately needed an overhaul, he was not up to the task. 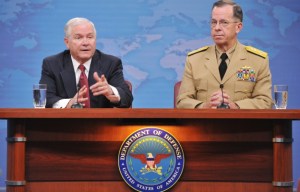 Not really. Gates does deserve credit for shutting production of the Air Force’s F-22 fighter, the Marine Corps’ Expeditionary Fighting Vehicle, and a host of other overpriced toys beloved by the military services and industry contractors. His personnel policies have likewise been praiseworthy from a budgetary standpoint: He fired the military and civilian chiefs of the Air Force in 2008 partly because they resisted his decisions about the F-22 and how to run the Predator drone program, and he subsequently put a non-fighter pilot in charge of the service for the first time in 25 years, reminding officers of their chain of command.

But Gates’ management exacerbated the Pentagon’s broader budgetary woes. For all his talk of discipline, every defense budget he submitted to Congress asked for more money than the previous year’s. With almost $700 billion in annual expenditures, the Pentagon now spends more, in real terms, than at any point during the Cold War. (Even leaving out the country’s current wars, the United States spends roughly 50 percent more on defense than it did in 2000.) Under pressure from the White House, Gates recently agreed to slow the rate of spending growth, supposedly generating $400 billion in cuts over 12 years, though most of those “savings” will have to be specified in budgets submitted by future presidents. Even under that plan, the United States would spend more on defense in the next decade than during the record spending of the last. According to Adm. Mike Mullen, the outgoing chairman of the Joint Chiefs of Staff, the Pentagon’s unchecked growth has impaired its “ability to prioritize, to make hard decisions, to do tough analysis, to make trades.”

Despite this record, the media tends to cast Gates as a fiscal skinflint fighting for the taxpayer. Last year, when Gates proposed shifting money from administrative overhead to force structure, media reports repeatedly referred to the reprogramming as “defense cuts.” They often failed to note that any “savings” he produced were swallowed into his growing budget. 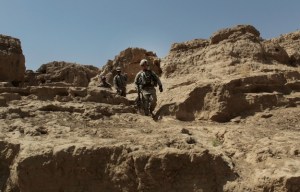 “Gates Made the Military Into a Better Counterinsurgency Force.”

A little. He did lean on the services to heighten their dedication to irregular warfare. According to Gates, asymmetric war will constitute “the mainstay of the contemporary battlefield for some time,” and we should think of the fight against terrorism as a “prolonged, worldwide, irregular campaign.”

But the counterinsurgency transformation was more talk than reality. It had little impact on Pentagon spending outside the scope of the wars in Iraq and Afghanistan, which have been funded time and again through supplemental budget requests. A Pentagon that was truly committed to counterinsurgency would pay for the manpower needed for several occupations, meaning that it would shift funds to the Army from the other services. Spurred by Congress, Gates did grow the ground forces starting in 2008, but once again mostly through supplemental funds. The Navy and Air Force, which play a limited role in counterinsurgency, kept their traditional shares of the non-war military budget: about a third each.

But the real problem with Gates’ enthusiasm for counterinsurgency doctrine is that it amounts to a set of best practices for fighting dumb wars. Counterinsurgency relies largely on a chain of arguments that has caused Americans great misery in the last decade: that terrorists thrive in failed states, that Americans won’t be safe unless those failed states have been put on stable footing, and that this means Washington must train its military to occupy states, build new systems of governance, and defeat local insurgents who rise up against these new regimes.

That argument, which Gates embraces, is not only a recipe for endless war, but badly flawed on its own terms. International terrorists thrived in 1990s Afghanistan because the Taliban welcomed them, not because the state was weak. Since then, the United States has spent nearly a decade showing that no matter how many cups of tea they drink or wells they dig, U.S. soldiers lack the power to fix failed states, at least at reasonable cost in blood and treasure. The country also now has at its disposal the technology and tactics — and more than enough political will — to attack terrorists, wherever they may be. Counterterrorism does not require counterinsurgency.

Defense secretaries are policymakers, not servile executors of presidential whimsy. Gates could have questioned the need for perpetual counterinsurgency campaigns. Instead he endorsed the conceit that the U.S. military can be trained to meet this impossible task, inspiring false confidence that has encouraged military officers and civilian policymakers to repeat the errors of the past decade. His dedication to “winning the wars we are in” seemed sensible. But trying to end them would have been better. 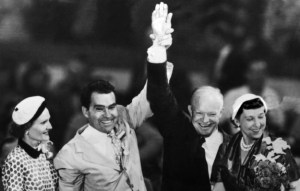 “Gates Is a Realist.”

Only compared with the neocons. Gates’s low-key style convinced even discerning analysts to label him a realist. Fareed Zakaria, for example, wrote an August 2010 article lauding a speech Gates had recently given at the Eisenhower Presidential Library in Abilene, Kansas, deeming Gates “a genuine conservative in Eisenhower’s tradition.”

But Gates’s actions suggest he is anything but. Gates self-consciously evoked Ike’s efforts to limit security spending and protect the country’s economic health, even in the face of the Soviet threat. But Eisenhower followed up by actually cutting defense spending: He fought Democrats’ efforts to increase defense spending on the basis of the phony missile gap with the Soviet Union. It is doubtful that Gates would have taken Eisenhower’s side in those late 1950s fights. Indeed, he has a long record as an inflator of security threats. In 2009, for example, he claimed that Americans now face greater danger than at any point is his career, suggesting that al Qaeda and its ragtag subsidiaries are more terrifying than the nuclear-armed Soviet Union at the height of the Cold War. This kind of strategic hypochondria offends realism.

So have Gates’s frequent defenses of the war in Afghanistan. The United States’ mission in Afghanistan is a massive state-building effort that involves providing social services, developing infrastructure, reforming agriculture, and promoting women’s rights in a country that has rarely known any of the above; this is community organizing, not realpolitik. Lately, Gates has lobbied the Iraqi government and his own colleagues to extend America’s foolish adventure in Iraq. The right phrase for these sorts of wars is militarized progressivism. And the word for using Ike’s record to sell Barack Obama’s defense policies is chutzpah.

By all measures, Gates should have lost any claim to realism with his declarations of support in recent weeks for the humanitarian intervention in Libya. Originally skeptical of the mission, Gates now claims that the United States must participate in the war to support its European allies. But realists know that one has allies for wars, not wars for allies. And true fiscal conservatives understand that trying to run the world is neither conservative nor cheap. It’s hubris.

“Gates Is a Straight Talker.”

Only by Washington standards. The secretary has an uncanny knack for saying things that get him credit for what he will not do, as defense analyst Lawrence Korb has noted. Gates claimed it’s crazy to send ground forces in large numbers to Asia or the Middle East after advocating precisely that in Afghanistan. He said that diplomacy is underfunded compared with defense, but wouldn’t surrender funds for the State Department. He said the United States has too many carrier battle groups, but fought to keep them all. He said in his Eisenhower speech that the “gusher” of defense spending that opened after 9/11 had been turned off, while fighting successfully to keep it gushing. He often claims to have saved $330 billion on canceled programs, which is only true if you use very creative math. He just gave a speech at the American Enterprise Institute saying that saving money on defense requires re-examining roles and missions — two days after giving another speech at the University of Notre Dame claiming that all of the Defense Department’s roles and missions are essential.

America’s combination of wealth, geography, and nuclear weapons makes it the most secure great power in modern history. To be praised as a heroic, truth-telling visionary, a defense secretary should be asked to at least acknowledge that simple fact. Actions reflecting that understanding would be even better.