The foreign-policy books you should be reading to get ready for election season.

According to the New Yorker, Barack Obama boned up on international affairs to prepare for the presidency by reading Thomas Friedman. For foreign-policy cognoscenti, this is like reading John Grisham novels to study for the bar exam. With most of the Republican 2012 wannabes, like Obama, having spent their careers focused on domestic issues (or in the case of Donald Trump, the Miss USA pageant), it seemed only fair for FP to help these international relations neophytes. So we asked an array of seasoned foreign-policy professionals and general smart folks to provide reading suggestions for our aspiring leaders. The one obvious conclusion? All roads to understanding American foreign policy run through Joe Nye. 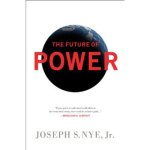 • Thinking in Time, Richard E. Neustadt and Ernest R. May. Still the best primer on the uses and abuses of history in policy.

• Diplomacy, Henry Kissinger. Chapter 2 on the lasting and contrasting influences of Woodrow Wilson and Theodore Roosevelt is alone worth the price of the book.

• The Future of Power, Joseph S. Nye Jr. At the risk of seeming immodest, I believe policymakers should understand the two great 21st-century power shifts — the recovery of Asia and cyberpower — described here.

• Winner-Take-All Politics, Jacob S. Hacker and Paul Pierson. A well-argued explanation of how democracy has produced the lopsided distribution of wealth that now characterizes America.

• The Desert and the Sown, Gertrude Bell. A remarkably enduring portrait of Middle Eastern character and pride.

• Hiroshima, John Hersey. Shocking eyewitness accounts that will help those who seek the executive office to consider the awful responsibility of the power they seek to wield.

• The Power of Place, Harm de Blij. Seeing the global and the local.

• The Shock of the Global: The 1970s in Perspective, edited by Niall Ferguson, et al. Interesting ruminations about how to comprehend today’s crises.

• Winning the War on War, Joshua S. Goldstein. Believe it or not, war is in decline, and we know some of the historical forces that drove it down.

• Overblown, John Mueller. The title refers to the threat of terrorism.

• Getting Better: Why Global Development Is Succeeding and How We Can Improve the World Even More, Charles Kenny. Don’t write off the developing world.

• Washington Rules: America’s Path to Permanent War, Andrew J. Bacevich. Every candidate for the presidency should read books that strike cautionary notes about how recent leaders miscalculated or allowed themselves to be led astray by false beliefs. 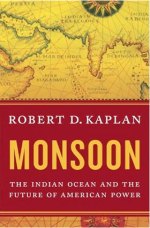 • The Future of Power, Joseph S. Nye Jr. A measured rebuttal to the “America is in decline” chorus.

• Monsoon, Robert D. Kaplan. Argues convincingly that the great game for global power and domination in the 21st century will play out in the Indian Ocean.

• The Rise of Islamic Capitalism, Vali Nasr. In the aftermath of the Arab Spring and Osama bin Laden’s death, it is more important than ever that a new president looks at the Middle East through a new lens.

• The Best and the Brightest, David Halberstam. Some of American foreign policy’s greatest disasters have come when a small group of very bright people became too sequestered.

• China: Fragile Superpower, Susan L. Shirk. A book-length primer and a good place for amateurs — or their campaign staffs — to start.

“Three Blasts from the Past” that every candidate should read:

• A Foreign Policy for America, Charles A. Beard. The historical case for less interventionism. Problematic in his time — perfect for now.

• U.S. Foreign Policy: Shield of the Republic, Walter Lippmann. A wartime view of the world to come and of the need to balance commitments and capabilities.

• Solution in Asia, Owen Lattimore. A prescient analysis of the inevitable rise of China and of how and why this could prove beneficial for the United States.

• Paris 1919: Six Months That Changed the World, Margaret MacMillan. The peace talks that turned out to be the scene-setter for the international tumult for the rest of the 20th century.

• Ghost Wars, Steve Coll. The backdrop to what we inherited with the invasion of Afghanistan.

• Soft Power: The Means to Success in World Politics, Joseph S. Nye Jr. The importance of attraction as a means of persuasion in international affairs.

Washington Must Treat White Supremacist Terrorism as a Transnational Threat