The WikiLeaks of Money

Is Bitcoin a revolution or a bubble? 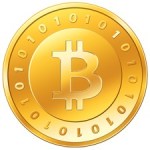 For something that few had heard of a month ago, the online currency Bitcoin tends to elicit pretty strong responses. Depending on whom you ask, Bitcoin is the “future of money,” a “crypto-geek Ponzi scheme,” an “online form of money laundering,” or a tool for “libertarian hipsters and criminals.”

The publicity has not been kind to Bitcoin, which has faced attacks from law enforcement, hackers, and cybercriminals alike. The currency’s value has seen several sharp fluctuations. The currency has been used to spread malware over Twitter. Early supporters appear to have lost confidence, and U.S. lawmakers are starting to ask tough questions. But shutting down Bitcoin may prove more difficult than its critics hope. And whether or not the experiment succeeds, its rise may herald the emergence of a new form of decentralized currency trading.

Bitcoin’s origins are appropriately mysterious, in keeping with its cyberpunk image. The idea for the currency was first described in a paper in 2009 by Satoshi Nakamoto, supposedly a Japanese programmer whom no one has ever met or communicated with. The name is almost certainly a pseudonym, and many believe “Nakamoto” may not be only one person.

It’s not the first attempt at creating a digital currency. There have been several attempts, including the now defunct eCash, the “Linden dollars” used in the virtual online world Second Life, and, more recently, the Facebook Credits users can use to purchase goods and services through the social network.

What makes Bitcoin unique is its peer-to-peer structure. There’s no start-up company or central authority that can go out of business or be shut down by the police. Bitcoins can be purchased through online exchanges by wiring money from your bank account, and there are also sites that will provide users with a few free coins to get started.

“All previous digital currencies required a central trusted authority, which created a single point of failure,” says Gavin Andresen, a programmer who develops websites and applications to help users acquire Bitcoins. “And almost all previous private digital currencies turned out to be untrustworthy, because they failed.” ECash went out of business, for instance, and the use of Linden dollars remains confined to the still-small world of Second Life users.

The number of coins in circulation, as well as all transactions, is tracked by a distributed server that uses the computing power of Bitcoin users. New coins are “mined” at a rate determined by the computing power of the users involved. Like commodities such as gold or silver, there is a finite number of Bitcoins in the universe — mining will stop when the total supply reaches 21 million. There are currently about 7.2 million in circulation. The value of these coins grew rapidly throughout this year, hitting a high of nearly $32 dollars per coin in early June.

Economists have been skeptical about the currency’s future viability, though, seeing its rapid rise as a sign of irrational exuberance as new users rushed to sign on. University of California-Berkeley economics professor Barry Eichengreen wrote in the Washington Post: “If it is possible to imagine one private electronic currency, then it’s possible to imagine several, and there would be no guarantee that other people would accept the particular electronic money you use.” George Mason University’s Tyler Cowen sees Bitcoin’s rapid rise as “a sign of the dependence of the Bitcoin upon expectations, and a sign of its bubbly nature.”

But for its advocates, Bitcoin is nothing less than revolutionary: What peer-to-peer file-sharing did for music and movies, and WikiLeaks did for government secrets, they say, Bitcoin will do to the global economy.

“It’s the same concept as open-source [software]. It can be trusted because nobody owns it,” says Rick Falkvinge, founder of the Swedish Pirate Party and “political evangelist” for the Pirate Party movement, which favors the loosening of intellectual property laws and an end to restrictions on file-sharing. “Because nobody owns it, there’s an inherent trust in the network.”

Falkvinge has literally put his money where his mouth his. In late May he put his entire savings into Bitcoin. His timing — at least initially — appeared impeccable, with his investment quadrupling in just over two weeks.

“I’m seeing this as a future transaction currency both on the Net and in international trade. It obviously has a few hurdles to clear before it can challenge the euro and the U.S. dollar, but I believe those hurdles can be cleared,” he says.

Falkvinge has emerged as one of Bitcoin’s loudest proponents — and as he admits, he now has quite an incentive to promote it — but he’s also the first to point out that it faces significant challenges. The main one is that “we need to see more transaction volume with the Bitcoin economy.” Nearly every article on the currency points out that it can be used to buy alpaca socks, but Falkvinge still needs to keep a few Swedish krona on hand to buy his groceries. Widespread use won’t occur, he says, as long as Bitcoin is seen as a toy for geeks or, more troublingly, a tool for criminals.

The story, probably Bitcoin’s biggest mainstream-media mention at that point, actually boosted the currency’s value from about $9.90 to $14 as new users — perhaps in more than one sense of the word — rushed to sign up. But not all the attention was quite so positive. U.S. Senators Charles Schumer (D-N.Y.) and Joe Manchin (D-W.Va.) wrote to the Justice Department on June 6 demanding that Silk Road be shut down and Bitcoin investigated.

Schumer, a prominent voice on financial regulation, made his views clear. “It’s an online form of money laundering used to disguise the source of money and to disguise who’s both selling and buying the drug,” he told reporters.

It’s a fair bet that most Bitcoin users — many of whom might be described as cyberanarchists — are probably not all that concerned about the senators’ disapproval.

“All currencies are used by criminals. Bitcoin is no different,” Andresen says. “If Bitcoin becomes widely used, crimes like identity theft will be much harder” — because transactions are tracked by the distributed server — “while others, like avoiding cross-border capital flow regulations, will become easier.”

In any event, Bitcoin’s supporters believe the currency’s decentralized structure will make it nearly impossible for authorities to crack down.

A bigger scare for the Bitcoiners came on June 10, when the currency’s value dropped more than 31 percent in one day on Mt.Gox, the most widely used Bitcoin exchange — ending weeks of rapid appreciation. Falkvinge was unperturbed, calling the dip “just part of the overall growth pattern.”

“The swings are ridiculously large compared to any normal market. It’s a gutsy day-trader’s wet dream,” he said. “This is currency trading on Internet time.”

Another possible vulnerability in the system emerged on June 13, when a veteran user reported that his account had been hacked, resulting in the loss of thousands of dollars worth of Bitcoins. The report hasn’t been confirmed, but Andresen did concede to the online magazine Ars Technica that such a crime was technically possible.

Then, on June 19, the value of Bitcoin on Mt.Gox dropped from $17 to just a few cents in a matter of minutes. The drop was blamed on a hacked account and the exchange was taken offline. Bitcoin is still trading at around $15 on rival exchanges, and Mt.Gox has promised to restore its value to pre-hack levels when it comes back online, but the attack was certainly another blow to the currency’s already compromised credibility.

The day after the crash, the Electronic Frontier Foundation (EFF), a prominent San Francisco-based digital-rights organization, announced that it would no longer accept donations in Bitcoin, as it had for the last several months. “We don’t fully understand the complex legal issues involved with creating a new currency system,” the group said in a statement. “People were misconstruing our acceptance of Bitcoins as an endorsement of Bitcoin.” A number of other organizations that had initially been supportive of Bitcoin, including WikiLeaks and the Free Software Foundation, also seem to be emptying their accounts and disassociating themselves.

While some Bitcoin supporters have blasted the EFF and continue to defend the currency’s future viability, it’s hard not to see the past few days’ developments as the fulfillment of Falkvinge’s great fear — that Bitcoin will have difficulty finding acceptance beyond its hard-core base of geeks and radical libertarians. Although it wouldn’t be fair to say the currency has crashed — Falkvinge is still ahead on his initial investment — the legal questions, volatility, and insecurity associated with Bitcoin in recent days are sure to scare away potential mainstream adopters.

“I think it will take many years before Bitcoin is mainstream, and it may never become mainstream,” Andresen acknowledges. “People are, correctly, suspicious of any new idea or technology.” Andresen says the next step in the currency’s development would be for a major corporation to begin promoting it or for a “country that was looking for a replacement for their failed national currency” to adopt it, but he doesn’t believe this will happen anytime soon.

But even if Bitcoin fails, it would probably be a mistake to discount its 15 minutes of fame as a complete fluke. Just as Napster begat BitTorrent and MediaFire, Bitcoin has demonstrated a model for how a non-state-sanctioned, peer-to-peer electronic currency system could work. It may not be “the one,” as its advocates hoped, but other innovators are sure to tinker with the formula, improving security and usability. Whether one emerges as a default option in both the online and offline worlds will demonstrate whether Bitcoin’s flaws were technical, or something more fundamental; as Eichengreen fears, there might well be a period of multiple online currencies competing for acceptance and legitimacy, dooming the concept altogether.

The disruptive power of Bitcoin on banks and central governments has surely been overstated, but these institutions might be better served to take its emergence as a warning rather than a reassurance: They may not be the only game in town forever.