What a Long, Strange March It’s Been

As China's Communist Party turns 90, its legacy continues to confound both its critics and apologists. 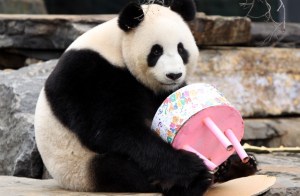 From the Long March to the massive, glittering spectacle of the Beijing Summer Olympics’ opening ceremony in 2008, what a long, strange journey it has been for the Chinese Communist Party (CCP). On July 1, the party will celebrate its 90th birthday, marking the occasion with everything from a splashy, star-studded cinematic tribute to the party’s early years to a “praise concert” staged by two of the country’s officially sanctioned Christian groups.

The party’s nine-decade existence has provided plenty of grist for both critics and apologists to debate its legacy. On the one hand, Jung Chang and Jon Halliday’s sensationalistic bestseller Mao: The Unknown Story, paints the party’s founding father as a demonic figure whose rule was brutal and disastrous for China. In the words of the authors, Mao’s sole accomplishment was bringing “unprecedented misery” to “the whole of China.”

On the opposite extreme, the self-aggrandizing accounts of the party’s history that are being promulgated in China right now portray its leaders as unstinting paragons of virtue. This is the impression given not only by the CCP’s commemorative film — which presents Mao as an idealistic young patriot in love — but also by the hagiographic accounts offered in the country’s newspapers. These articles refer to the party as a “powerful spiritual force” that has never stopped “achieving new victories” for the nation.

The truth is somewhere between Chang and Halliday’s spine-tingling horror story and the fairy tale endorsed by the party. With that in mind, what follows are five pairs of the Chinese Communist Party’s interrelated triumphs and tragedies. This list is not intended to deliver a final verdict on the party’s 90 years of existence, but to remind us that, while its failures have been very bad indeed, its accomplishments illustrate why some in China will sincerely wish the party a happy birthday. 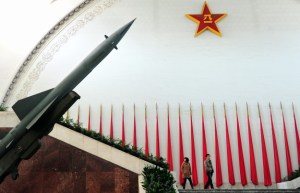 Early in its history, the CCP played an important role in anti-imperialist mass struggles that galvanized the Chinese population. During the May 30 Movement of 1925, for example, it helped to bring thousands of protesters to the streets to decry the mistreatment of Chinese workers in Japanese mills, and it spearheaded major boycotts of Japanese goods when that country began making military incursions into north China in the 1930s.

Later, the Red Army contributed greatly to the 1945 rout of Japanese invaders, earning a reputation as determined and selfless guerrilla fighters and beginning the process of finally ending what the party refers to as China’s “century of humiliation.”

The CCP sometimes exaggerates its role in defeating imperialism and downplays the complementary activities of other groups, but it still has a patriotic and nationalistic record that is a source of pride for many Chinese.

But don’t forget: The CCP’s fear-mongering over foreign threats.

Time and time again, the party has used the bogeymen of international conspiracies and foreign influence to justify harsh acts of repression. In the 1950s and 1960s, people were persecuted as “capitalist roaders” due to having relatives in the West. When CCP leader Deng Xiaoping tried to defend China’s violent crackdown that curtailed the 1989 Tiananmen Square protests, he invoked the specter of “bad influences from the West.”

This paranoid strain of Chinese politics remains alive and well. It shows through in official references to foreign machinations and international ties as the cause of expressions of domestic discontent, such as when a Chinese official attributed unrest in Xinjiang to “hostile forces at home and abroad” that had stirred up trouble among local Muslims. 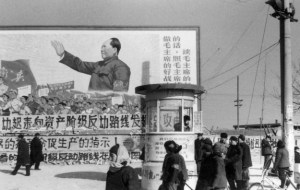 Even despite Mao’s failed social-engineering policies in the late 1950s and 1960s, life expectancy rates rose sharply during his years in power — and have, much less surprisingly, continued rising in recent decades during the economic boom. A baby born in Shanghai can now expect to live longer than one born in New York City. And though areas inland from Shanghai and other unusually prosperous cities of the eastern seaboard have not seen living standards and life expectancy rise as swiftly, millions have been lifted out of poverty throughout the country.

The biggest tragedy of the Mao years was the enormous loss of life — estimated in the tens of millions — caused by starvation due to his “Great Leap Forward.” This attempt at central economic planning, which included a call for farmers to concentrate on making steel in backyard furnaces rather than focus on their crops (due to Mao’s obsession with having China catch up rapidly with the West), deserves the lion’s share of the blame for this disaster. 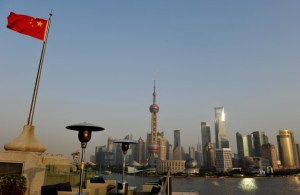 China’s economic rise, which has lifted millions out of poverty, is one of the most important stories of our time. A country that was a poster child for starvation in the last century now finds itself able to export food to foreign lands hit by natural disasters.

The party can also boast of overseeing China’s return to international prominence. It has hosted global mega-events such as the 2008 Olympics and last year’s World’s Fair, enjoys increasing influence in Africa and Latin America, and has built trains and airports that are the envy of the developing world. China is once again the dominant regional power in Asia, earning the respect of its neighbors while also inspiring justifiable wariness.

But don’t forget: The party has allowed new forms of corruption to flourish.

The Communist Party has also earned scorn for its leaders’ tendency to line their own pockets. The CCP’s corruption and nepotism have an especially delegitimizing effect because they so directly mirror the aspects of Chiang Kai-shek’s Nationalist Party that Mao and his followers railed against in the 1940s. The upheaval of 1989, for example, began with posters that focused not on “democracy” but on nepotism and immorality within the CCP’s top echelons.

The party claims to be determined to stamp out corruption within its ranks, and it periodically punishes high-profile figures for bribe-taking and other related crimes. However, there is widespread skepticism on this front. High-level officials who are widely believed to be corrupt remain immune from prosecution, and popular anger has also been heightened by persistent reports that officials have squirreled away billions of dollars in overseas accounts. 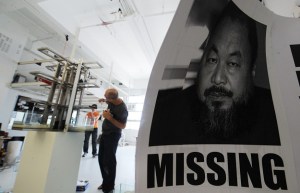 The party made dramatic moves to bring basic reading skills to broad swaths of the population after taking power in 1949. They did so by expanding public schooling, while also issuing primers and launching a learn-to-read publicity effort that specifically targeted adult groups, including rural women, who had missed out on formal education in their youth.

As a result, literacy rates rose rapidly. Official statistics report that literacy jumped from 20 percent in 1950 to more than 85 percent today — and this is one instance in which the government’s numbers seem roughly accurate. One often overlooked factor that made the post-Mao economic boom possible was that the Great Helmsman’s successors inherited a labor force that was better fed and better educated than its counterparts in many other parts of the developing world.

But don’t forget: The party has also stifled freedom of expression.

In recent decades, the party has relaxed its restrictions slightly, but censorship is still a major issue. Not only are books about hot-button political topics, such as the Dalai Lama, routinely banned, but works that deal with sensitive historical issues can cause trouble for those involved. Last year, for example, a book about forced relocations caused by the construction of a dam in the 1950s led to the arrest of the work’s author and also the publication’s printer.

The party has also been all too willing to persecute those whom it sees as going too far in criticizing or mocking the government. In the past year alone, the CCP has cracked down on high-profile intellectuals such as Nobel Peace Prize laureate Liu Xiaobo, who remains in prison, and Chinese artist Ai Weiwei, who was recently released on bail under the condition that he eschews writing about politics. And the party has also taken censorship into the digital age: Both Liu and Ai have mentioned that they got in trouble in large part due to what they have written in cyberspace. 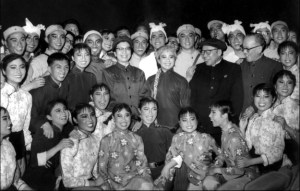 Success story: The CCP has pioneered gender equality in China.

Mao focused on women’s rights in one of his most famous tracts, which made the case that Chinese women had to contend with a form of domination that went above and beyond that experienced by males — the power that husbands had over wives.

Shortly after taking power, the party passed the 1950 Marriage Law, which stands out as a major achievement in official championing of gender equality. The law promoted the idea that women should have exactly the same rights as men in marriage and divorce. This was a radical move for China, in light of cultural traditions that favored men and often treated women as merely temporary members of the family into which they married. Indeed, it would have been a radical document in many parts of the world at the time, and it  still would be a radical one in quite a few countries.

But don’t forget: The party has consistently failed to introduce the rule of law.

The Communist Party has never been able to introduce full gender equality, and its central decision-making body, the Politburo, has remained a mostly or all-male club. In recent years, it has even retreated from actively promoting this goal. China has now fallen behind when it comes to laws that protect women from workplace discrimination or, for example, prevent employers from specifying the physical attributes that a prospective waitress or female flight attendant must have.

This is symptomatic of a much larger problem: The CCP has fallen short across the board when it comes to carrying through on legal protections. The country still lacks an independent judiciary that imposes the law consistently and transparently, and which does not suffer from a yawning gap between legal rhetoric and practice. Crusading lawyers such as Xu Zhiyong, who has sought to help petitioners secure rights that are supposedly guaranteed to them, also continue to be persecuted by the government.

It is always tempting to mark such milestones in Chinese history with a reference to distance traveled and distance still to go, invoking the cliché that a “journey of a thousand miles begins with a single step.” But modern China often takes steps backward even as it surges ahead. The party’s biggest accomplishment may simply be its ability to defy so many predictions of its imminent demise. While that may be something for its leaders to celebrate, it has been at best a very mixed blessing for the Chinese people.