From Bad to Worse

It's not just a double-dip recession we should be worried about. Here are ten ways the world could get a whole lot scarier ... and why Barack Obama shouldn't run in 2012.

It is hard to deny. Things are looking bleak. But are they as bad as they could get?

The answer, of course, is no.

It is hard to deny. Things are looking bleak. But are they as bad as they could get?

The answer, of course, is no.

Here are 10 things that could happen between now and the end of next year that could make things much worse and why President Obama should consider not running for reelection.

Europe’s debt crisis could deepen
The European Central Bank’s interventions to prop up Spain and Italy could prove inadequate. EU leaders will continue to avoid real structural reform. European banks, now showing a reluctance to lend (akin to their mood immediately after the collapse of Lehman Brothers) could themselves teeter, burdened by the prospects of sovereign debt defaults and a global slow down. Spain and Italy could take a turn for the worse. The rest of the world, preoccupied with their own problems, might be as distracted as are the northern Europeans frustrated with bailing out their feckless southern neighbors. 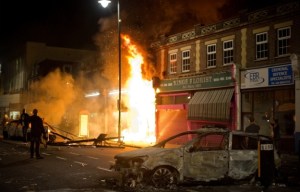 Tensions tighten
Europe’s economic problems could beget deepening social tensions. Unrest like that seen in the United Kingdom could become more commonplace. With jobs drying up, anti-immigrant violence could grow. Nationalism could feed off these tensions and fuel more steps like Denmark’s move away from the EU’s commitment to open borders among its states. 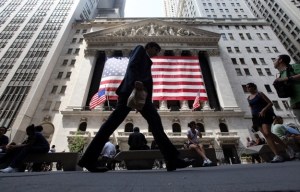 U.S. recession regression
The United States could officially enter recession. Reduced tax revenues will be one painful consequence of the slow down. Politicians will struggle to reduce debt but find it hard to do so in the near term. The problem will burgeon. Small- and medium-sized communities will default. Several large cities and perhaps one or two significant states will be at risk of being unable to pay their bills. Draconian cutbacks in police and social services will blend with high unemployment and growing inequality to produce social unrest in the United States. Stock markets will continue their slide. 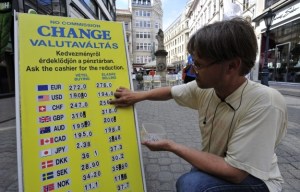 Global contagion
We could enter a global recession. Downturns in the United States and the European Union could feed off of one another and the fragile Japanese economy would almost certainly sink as a result. Credit tightness and political indecisiveness will deepen the gloom. 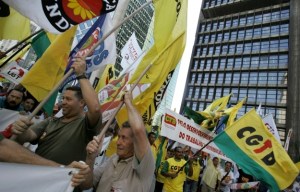 Inflation hits the BRICs
While emerging markets like China and Brazil might see inflation worries ebb due to the global recession and falling demand for high-priced commodities … they might not. Their currencies could strengthen as established ones falter, making exports more costly at just the wrong moment. Secular growth in demand for commodities may slow declines somewhat reducing the “benefits” of declining demand. Alternatively, or additionally, real estate and financial bubbles might burst in each of these countries as investor doubts grow. Note that Brazil took a particular beating during the recent downward market spike.

Middle East meltdown
Tensions in the Middle East could grow. Palestine’s push for statehood might be followed by massive displays of civic unrest. An Israeli government burdened with economic problems of its own and a little arthritic when it comes to its willingness to show flexibility with its near-neighbors will move too slowly. States elsewhere in the region grappling with their own problems — a more anti-Israel Egypt, Syria, Iran, and others — will fan the flames. Meanwhile, the problems in those states will put the entire region on the edge of an unprecedented meltdown. Thus, even with falling global demand and the recent downturn in oil prices, you could see upward pressure on petroleum as well. Then, Iran announces it has successfully tested a nuclear weapon.

Sub-continental showdown
The government in Pakistan could totter or be decapitated thus heightening fears of even more pronounced Islamist influence and of growing tension with India. Indian markets fall. The Indian government is unable to pursue needed economic reforms. Social unrest might be seen throughout the sub-continent. 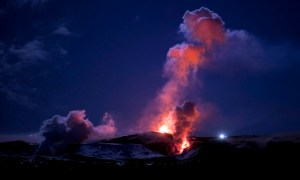 Another Eyjafjallajokull
One or more exogenous events of the type that regularly occur without warning — a terror attack, an earthquake, a tsunami, a devastating hurricane or typhoon, the eruption of an Icelandic volcano — could slam a major economy weakening the global situation further. 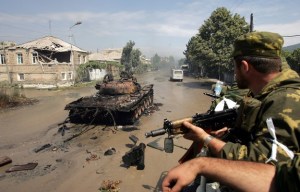 Expect the unexpected
An unexpected or unexpectedly intense conflict could erupt in the Russian near abroad, in Central Asia, in Turkey, in Africa, or in the Middle East creating even more uncertainty. With economically unsteady and politically hesitant leadership in the world’s most important powers growing instability fueled by rogue opportunists seems increasingly likely. 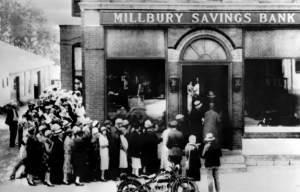 Some combination of the above could then turn the global recession plus related banking, derivatives and stock-market crises into a depression.

It is undeniable that many of the above developments are not highly likely. But what is striking is just how plausible most of them are. These are the kind of medium-to-low probability outcomes with significant consequences that planners must take into account.  It is also easy to see how further inaction, half-steps, and wrong steps by leaders could make these and other grim turns much more likely.

Such possibilities should not trigger panic. They should however, focus the minds of politicians, bankers, and electorates everywhere. The problem with the leadership failures of the recent past is not just that they have slammed the world economy yet again, it is that they have made the future more dangerous than it was.

My fantasy is that recognizing this, President Obama would do as he once promised he would do, set personal ambition aside and announce he is not running for re-election. Instead, he would say that he wanted to shrug off the straight jacket of political considerations and focus exclusively on finding bi-partisan solutions to America’s problems. Perhaps he would make a bold gesture, like appointing Erskine Bowles and Alan Simpson co-secretaries of the Treasury or, at least, give both economic leadership roles on his team. Others in the Democratic Party can focus on 2012 and beyond. There are many qualified to lead. (Who knows, perhaps the next candidate we find can actually have experience with markets and with the rest of the world.) There are certainly plenty of Democrats who stand head and shoulders above the current, feeble array the Republican Party has rolled out, which will only grow more feeble with the likely addition of Rick Perry this weekend. And then Barack Obama, a decent, talented, and gifted man, can fashion a unique legacy for himself, as a public servant who actually thought his first duty was to serve the public.

But, I’ll admit it, that fantasy is less likely to occur than any of the other events I listed above.  And so I will continue to hope for the next best thing: The president and his fellow heads of state and government worldwide begin to govern as though they didn’t care whether they won re-election or not, but instead as though their top priorities was rolling back the risk that calamities like those described above actually occur.

David Rothkopf is visiting professor at Columbia University's School of International and Public Affairs and visiting scholar at the Carnegie Endowment for International Peace. His latest book is The Great Questions of Tomorrow. He has been a longtime contributor to Foreign Policy and was CEO and editor of the FP Group from 2012 to May 2017. Twitter: @djrothkopf
Tag: Economics