They may not play in Peoria anymore. But these storied American brands are reinventing themselves to sell in Shanghai.

For years, American rock stars facing declining popularity at home have headed for the greener pastures of Asia, where they could revive their careers and play to throngs of still-adoring fans. (Just Google the phrase "big in Japan.") Now, scores of brands with sagging fortunes in the United States are reinventing themselves as must-have luxury items in the Far East, a strategy they've adopted with particular fervor in the wake of the global economic downturn. They may not play in Peoria anymore, but the better question is this: Can they sell in Shanghai instead?

For years, American rock stars facing declining popularity at home have headed for the greener pastures of Asia, where they could revive their careers and play to throngs of still-adoring fans. (Just Google the phrase “big in Japan.”) Now, scores of brands with sagging fortunes in the United States are reinventing themselves as must-have luxury items in the Far East, a strategy they’ve adopted with particular fervor in the wake of the global economic downturn. They may not play in Peoria anymore, but the better question is this: Can they sell in Shanghai instead?

Instead, Buick was saved by China, which was nearly a century into a love affair with the venerable make by the time GM reintroduced it there in 1998. According to GM, nationalist hero Sun Yat-sen owned one, and the last emperor Pu Yi’s two Buicks were the first cars to enter the Forbidden City in 1924. Zhou Enlai’s Buick, reportedly “acquired” from the emperor after the communist takeover, was the late premier’s prized possession. Today, Buick is one of China’s leading luxury-car brands and a status symbol for the young, upwardly mobile business elite. In 2010, Buick sold more than 550,000 vehicles on the mainland, at least triple what it sold in the United States. 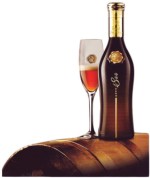 This Illinois-based beer is no stranger to reinvention. After decades as a staple of stadiums and dive bars in the upper Midwest, the brew was improbably adopted in the early 2000s by coastal hipsters eager to appropriate its working-class cachet. But PBR’s latest act, in China, is even more remarkable.

Forget $1 cans: In China it is called Pabst Blue Ribbon 1844, and it costs 300 yuan, or $46, per bottle. Ads call it a “world-famous spirit” on par with Scotch whisky and French brandy. To be fair, it’s not the same swill you find in Williamsburg: Sold in an elegant bottle and aged in wooden casks, the beer is meant to be savored in a champagne flute. But PBR’s Chinese fans apparently haven’t seen the film Gran Torino, in which a gruff Clint Eastwood downs cans of Pabst and growls epithets at his Asian neighbors. 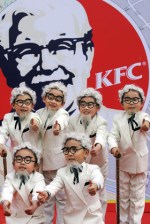 This fast-food giant’s American franchises are commonly found in drab strip malls, where they dish out buckets of starchy, guilt-inducing Southern comfort food. In Asia, however, KFC stands for something far different. For emerging economies such as Vietnam, the restaurant is a harbinger of affluence: It’s often the first international chain to set up shop, and it signals a country’s arrival on the global consumer stage.

In formerly war-torn Cambodia, one of the latest frontier markets to welcome KFC, the restaurant’s silk lamps, mod furniture, and plasma TV screens evoke boutique elegance, not fast-food functionality. A 15-piece bucket of chicken costs $16.50, nearly 10 times the daily per capita income. Exclusivity is the point: The country’s tiny emerging middle class goes to KFC to see and be seen, and on most days the parking spaces outside are jammed with Lexuses and Range Rovers.

Like most of the American media, the storied Chicago-based gentlemen’s magazine has seen its readership and ad sales steadily decline in recent years, and its forays into Asia half a decade ago were unpromising — the editor in chief of Playboy’s less risqué (and now defunct) Indonesian edition was sent to jail for almost a year in 2010 for violating the Muslim-majority country’s decency laws. (Apparently Indonesians weren’t reading it for the articles, either.)

But the company has since downplayed its print business on the continent and repositioned itself as a luxury lifestyle brand, better known for high-end clothes than for the absence of them. Playboy’s Asian fans — most unaware of Hugh Hefner’s legacy in the United States — snap up shirts, bags, and belts bearing the rabbit logo in malls across the continent. Many are young women who say they find the logo cute. (It doesn’t hurt that 2011 is the Chinese year of the rabbit.) “We’re more of a fashion brand” in Asia, CEO Scott Flanders told reporters. “We’re more like Louis Vuitton.”

The doughnut chain’s U.S. stores clawed their way back to slight profitability last year after seven years of losses, but Krispy Kreme has nevertheless staked its future overseas. It more than doubled its outlets abroad from 2008 to 2011, from about 200 to more than 400; and given the reception accorded the chain’s debut in Thailand, it’s clear why the company has chosen this route.

When Krispy Kreme opened in Bangkok in September 2010, the result was near hysteria. On the first day, hundreds of customers waited for up to 27 hours in a line that stretched a quarter-mile. Patrons were limited to one box of doughnuts apiece, and the operation was overseen by a phalanx of security guards. The store’s location, in the glitzy Siam Paragon mall — home to a Ferrari dealership and a Marc Jacobs store — only increased Krispy Kreme’s upscale appeal among brand-conscious Thais.

<p> Dustin Roasa is a writer based in Cambodia. He is barred from entering Vietnam due to his past reporting on dissidents there. </p>
Tag: Economics