A look at yesterday's Next Big Things, from the Japanese rising sun to Dow 36,000.

From "the rise of the rest" to the resource wars, pontificating on the big trends that will shape the future of global politics and economics has become a big business. But history can be awfully unkind to pundits wielding crystal balls: Anything from a once-in-a-century flood to the suicide of a Tunisian fruit-seller can overturn decades' worth of conventional wisdom. As the following examples show, today's Next Big Thing can quickly become tomorrow's Trend That Never Was. 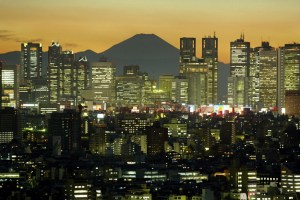 From “the rise of the rest” to the resource wars, pontificating on the big trends that will shape the future of global politics and economics has become a big business. But history can be awfully unkind to pundits wielding crystal balls: Anything from a once-in-a-century flood to the suicide of a Tunisian fruit-seller can overturn decades’ worth of conventional wisdom. As the following examples show, today’s Next Big Thing can quickly become tomorrow’s Trend That Never Was.

China-obsessives beware: This isn’t the first time America has felt threatened by a rising power to the east. In the 1980s and early 1990s, as Japan’s industrial production surged by more than 50 percent, a cottage industry predicting Japan’s economic dominance — kicked off by Ezra F. Vogel’s 1979 bestseller, Japan as Number One — was born. American executives flocked to seminars on Japanese business practices while real-life events like Japan’s purchase of Rockefeller Center in 1989 and fictional scenarios like Michael Crichton’s 1992 novel Rising Sun elevated the Japanese to national boogeymen.

Of course, just as the Japan hype reached its peak, the country was entering its “lost decade” of economic stagnation. Although still one of the world’s richest countries, Japan was overtaken as the second-largest economy by China in 2010. 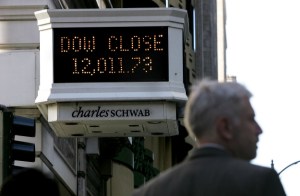 Only two things are predictable about markets. First, they’re unpredictable. Second, someone will always predict that the good times don’t have to end. Unbridled optimism has been an integral feature of financial trading as far back as the famous Dutch “tulip mania” of the 17th century, and it was very much in evidence prior to the current financial crisis, when experts placed inordinate faith in the power of computerized trading, financial “innovation,” and the exploding housing market.

The Dow Jones industrial average never did get higher than its 2007 peak of 14,164.53, but James K. Glassman and Kevin A. Hassett’s book Dow 36,000 wasn’t even the most egregious offender, just the best known: Two other 1999 volumes promised Dow 40,000 and Dow 100,000. Or take David Lereah, formerly of the National Association of Realtors and author of 2005’s Are You Missing the Real Estate Boom? as well as a revised 2006 edition, Why the Real Estate Boom Will Not Bust, and the more generic 2007 volume, All Real Estate Is Local.

Nowadays, pessimistic titles like Freefall and The Great Stagnation are more in vogue. Let’s hope time is as cruel to their authors as it was to their Panglossian predecessors. 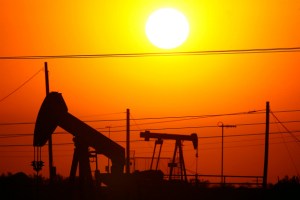 It’s certainly true that there’s a finite amount of oil in the world and it’s going to run out sooner or later. But pinpointing the date at which the global production decline will begin has proved more difficult than expected. In 1956, geophysicist M. King Hubbert developed a model — now known as Hubbert’s peak — predicting that global oil production would tap out in the early 1970s. It didn’t quite work that way.

What peak-oil theorists have failed to take into account is both the discovery of new oil and new means of extracting difficult-to-recover reserves buried deep beneath the ocean or in tar sands in the Canadian tundra. In the last 20 years, global proven reserves have actually increased by more than 380 billion barrels.

Despite the fact that peak-oil theorists keep changing the date for when we will reach Hubbert’s peak, from four decades ago to next year, their theory remains popular. The most prominent proponent in recent years was late Texas energy investor Matthew R. Simmons, who argued that Saudi Arabia’s reserves are far lower than it has admitted and that a global oil shock is imminent. There are indeed questions about Saudi Arabia’s reserves — unlike other petrostates, the kingdom does not allow its fields to be independently audited — but oil prices, while volatile, have not returned to their pre-recession heights.

Looking for alternatives to fossil fuels certainly makes sense, but trying to pinpoint the date of the oil apocalypse doesn’t seem the best way to promote it. 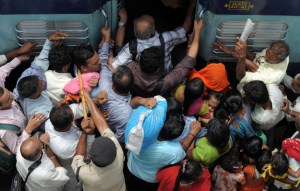 In 1798, English scholar Thomas Malthus penned An Essay on the Principle of Population, predicting that global famine and disease would eventually limit human population growth. Although the world’s population has increased more than six-and-a-half times since Malthus’s day, improvements in crop yields and human health have prevented his dire predictions from coming to pass.

Perhaps the best-known modern proponent of Malthusian thinking is biologist Paul Ehrlich, author of 1968’s The Population Bomb, which warned of imminent global famine and catastrophe due to rapid population growth. Ehrlich was also on the losing end of one of history’s more famous wagers, when he bet business professor Julian Simon in 1980 that the prices of five widely used metals would increase dramatically over the next decade due to increased demand. Despite a rapidly growing population, the prices of the metals fell, and Ehrlich lost the bet.

There may yet come a time when the Earth’s population becomes unsustainable, but for now the problem isn’t lack of resources but how to distribute them to those in need. 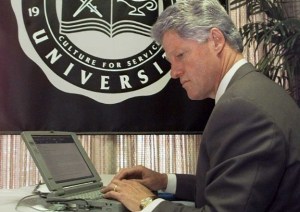 Buying into overly optimistic predictions can be dangerous. But excessive skepticism has its own dangers, especially when it comes to technology. For every fevered dream of flying cars and food-in-a-pill there are curmudgeons like British entrepreneur Alan Sugar, who predicted in 2005 that the iPod would be “kaput” within the year, or IBM Chairman Thomas Watson, who in 1943 reportedly foresaw a global market for “maybe five computers.”

Or take astronomer and popular science author Clifford Stoll, who in his 1995 book Silicon Snake Oil and an accompanying Newsweek article ridiculed the idea that “we’ll soon buy books and newspapers straight over the Internet” and argued that “no online database will replace your daily newspaper.” As evidence he noted that his “local mall does more business in an afternoon than the entire Internet handles in a month.”

Sometimes it pays to believe the hype.

NEW FOR SUBSCRIBERS: Want to read more on this topic or region? Click + to receive email alerts when new stories are published on Economics, China, Japan