Return of the Renditioned

A Libyan rebel commander claims he was captured and tortured by the CIA. Who else has surfaced from the murky depths of the war on terror's list of the condemned? 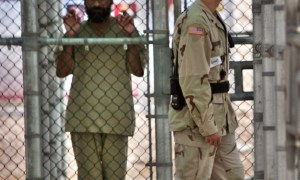 For years, human rights groups have accused the CIA of “outsourcing torture” to unsavory U.S. allies. They cite the allegations of dozens of terrorist suspects who have given detailed descriptions of being brutalized in foreign custody. The CIA replies that it has gained valuable intelligence on terrorist plots from rendition and insists that it obtains assurances that prisoners’ rights will not be violated.

Documents recently found by Human Rights Watch researchers at the abandoned office of former Libyan intelligence chief Moussa Koussa appear to confirm that the CIA relied on these assurances, however implausible, from Muammar al-Qaddafi’s regime. According to the New York Times, a binder in Koussa’s office labeled “C.I.A.” contained communications about eight renditions to Libya. In a great moment of historical irony, one of the rendered prisoners, Abd al-Hakim Belhaj, was the commander of the NATO-backed rebel troops who led the assault on Qaddafi’s compound in Tripoli.

But Belhaj is just one of many alleged terrorists who have been “rendered,” only to re-emerge during the Arab Spring, or slip further down the rabbit hole. Here are a few more: 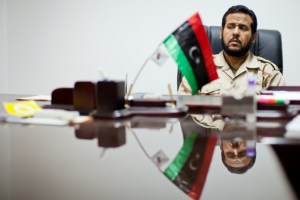 Abd al-Hakim Belhaj was once better known as Abdullah al-Sadiq, the leader of the Libyan Islamic Fighting Group (LIFG), a group of Libyan militants who had fought Muammar al-Qaddafi’s regime but later renounced armed struggle. In March 2004, Sadiq and his pregnant wife boarded a flight from Kuala Lumpur, Malaysia, to London, via Bangkok. The CIA arrested them in the Bangkok airport and took Belhaj to a nearby secret prison. There, Belhaj told Le Monde, “I was interrogated for several days. I can no longer remember how long; I lost consciousness many times…. I was suspended from the ceiling, I was attached [to it], and I was plunged into ice water. After several days, they put me on an airplane for Libya.”

The documents found in Koussa’s office corroborate Belhaj’s account. A March 6, 2004, memo from the CIA to Libyan intelligence reveals the agency’s plans to arrest Belhaj and his wife in Bangkok and discusses the steps needed “to mitigate potential obstacles to a successful rendition” to Libya. Another memo provides the itinerary of the rendition flight.

Once back in Libya, Belhaj said, he was kept in isolation and tortured by Libyan intelligence. This is consistent with Clive Stafford Smith’s description of an interrogation by Libyan intelligence agents of his client Omar Deghayes at Guantánamo Bay. Stafford Smith wrote that the Libyan interrogators showed Deghayes pictures of two prisoners they identified as Sadiq and Sami Abu Munder, both of whom had clearly been badly abused.

Munder, also known as Abu al-Munder al-Saadi or Abu Munthir, was the LIFG’s chief strategist. He was also rendered to Libya in 2004. A third Libyan detainee is Khalid al-Sharif, the LIFG’s military commander, who stated in a March 2010 interview that he had been imprisoned by Americans at Bagram air base for two years and tortured by drowning, being suspended by his hands, and beating before being flown to Libya in April 2005.

All three were transferred to Abu Salim prison, where they took part in negotiating a “reconciliation” with the regime orchestrated by Saif al-Islam al-Qaddafi. In September 2009, Belhaj, Munder, and Sharif, along with three other LIFG detainees at Abu Salim, issued a 417-page statement renouncing violence and denouncing al Qaeda. On March 23, 2010, they were released from prison.

In May 2011, former LIFG leader Noman Benotman told Reuters that Qaddafi’s forces had rearrested Munder and Sharif in Tripoli. Their current whereabouts are not known. Three other LIFG members rendered by the United States are likewise unaccounted for: Mohamed Ahmad Mohamed al-Shoroeiya, aka Hassan Rabii; Mahdi Jawda, aka Ayoub al-Libi, and Majid Abu Yasser, aka Adnan al-Libi. 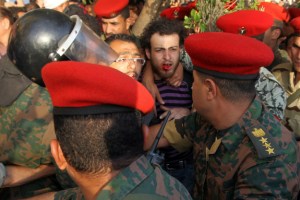 The brother of al Qaeda leader Ayman al-Zawahiri and a fellow Islamist militant, Muhammad al-Zawahiri was rendered to Egypt from Abu Dhabi in 1999. Zawahiri had left Egypt over 20 years earlier, but was convicted and sentenced to death in absentia in a 1999 mass trial for his alleged role with the terrorist group Egyptian Islamic Jihad in the Balkans. After his rendition, instead of being executed, he was detained incommunicado until 2004. Family members who visited him in prison that year told Human Rights Watch that he had scars from torture. According to journalist Ron Suskind, the scars could have been worse. Suskind reported that in 2002, in response to a CIA request for a DNA sample, former Egyptian intelligence chief Omar Suleiman had offered to cut off and send Zawahiri’s arm.

Zawahiri was freed from Egyptian custody in this March, only to be arrested three days later. He is now being retried by a military court. The next session is scheduled for Sept. 20. 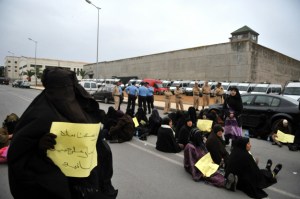 Abou Elkassim Britel, an Italian citizen born in Morocco, was arrested in Pakistan in March 2002 on immigration charges. The CIA flew him to Rabat, Morocco, in May 2002. According to a court declaration, Britel was held incommunicado at nearby Temara prison for eight months, where interrogators beat him severely and repeatedly, and threatened to kill his family and sodomize him with a bottle. He was released in February 2003, but was rearrested several months later after a terrorist attack in Casablanca and was tortured until he signed a confession without reading it, according to the declaration.

The Moroccan government convicted him on terrorism charges and sentenced him to 15 years in prison in October 2003, allegedly on the strength of his coerced confession. On appeal, the sentence was reduced to nine years. In 2006, an Italian criminal investigation into Britel’s alleged involvement in terrorism was dismissed for lack of evidence, and he was released from prison on April 14, 2011. According to a note from his wife Khadija published on the “Justice for Kassim” website, Britel returned to Italy shortly after his release, and “is still very tired and worn, trying to do some sport, but will need time to recover his health. We are now ready to resume a quiet life, to return to normal.”

Britel was one of the plaintiffs in a civil suit brought by the American Civil Liberties Union (ACLU) against Jeppesen Dataplan, the contractor that operated many rendition flights. The suit was dismissed on grounds that it would reveal state secrets, and on May 16 the U.S. Supreme Court declined to hear an appeal. But the abuses in Temara prison are no longer a secret to protesters in Morocco. On May 15, members of the country’s February 20 protest movement attempted to hold a picnic near the site of the prison they refer to as “Guantemara.” Police dispersed the gathering and beat protesters with truncheons. 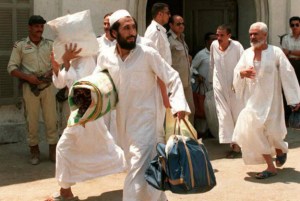 Ahmed Agiza, another plaintiff in the ACLU case, was released from custody in Egypt only last month. The CIA flew Agiza and another Egyptian asylum-seeker, Muhammad al-Zery, from Stockholm to Cairo in December 2001. Both have alleged that they were tortured severely by Egyptian intelligence. On April 27, 2004, Agiza was convicted of membership in a banned Islamist organization and sentenced to 25 years of imprisonment after a six-hour military trial. In June 2004, he was transferred to a lower security unit at Tora prison, and his sentence was reduced to 15 years. Agiza was freed in August. He told a Swedish television station that he still suffers from injuries from torture, including a broken nose that causes breathing problems and “the problem is that my brain is in high gear even when I sleep.” 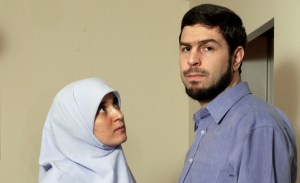 Perhaps the most damning case of a rendition gone awry is that of Maher Arar, a Canadian citizen born in Syria. In September 2002, Arar was detained on a layover at John F. Kennedy International Airport and told he was being deported for membership in al Qaeda. Despite his Canadian citizenship, Arar was deported without legal process to Syria, though he repeatedly told authorities he would be tortured there and the State Department agreed. In Syria, he was beaten with cables and imprisoned for a year, most of it in an underground cell the size of a grave in the mukhabarat‘s feared Palestine Branch.

A Canadian government investigation later exonerated Arar of any involvement in terrorism. He was likely sent to Syria in part because Ahmad el-Maati and Abdullah Almalki, two other Canadian citizens of Syrian descent, falsely implicated him under torture in the Palestine Branch. The Canadian government has officially apologized to Arar and compensated him $11.5 million for providing mistaken intelligence that contributed to the United States’ decision to render him. Arar also attempted to sue U.S. officials for their more direct role in his torture, but his suit was thrown out on national security grounds. 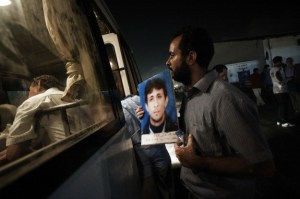 While many prisoners have re-emerged after CIA renditions, others have not. Ali Mohamed al-Fakheri, better known as Ibn Shaykh al-Libi, may be the most notorious rendition case. Libi, the former leader of the Khalden camp near Khost, Afghanistan, was captured in November 2001. The CIA rendered him to Egypt, where he falsely confessed under torture to receiving training in chemical and biological weapons from Iraq, a claim cited as evidence in support of the U.S. invasion of Iraq. He later recanted that testimony in CIA custody. According to Human Rights Watch, after detentions in Morocco and Jordan, the CIA sent Libi to Libya in 2006. He met a Human Rights Watch researcher at Abu Salim prison briefly on April 27, 2009, though he did not consent to an interview. On May 10, 2009, a Libyan newspaper reported that he had committed suicide. Many sources have expressed suspicions that he was murdered. 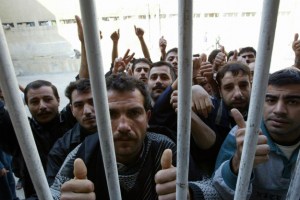 For all its condemnation of President Bashar al-Assad’s human rights record, the United States appears to have had few qualms about sending terrorism suspects to Damascus. Although Almalki, Arar, and El-Maati have been released, seven prisoners whom the United States rendered to Syria remain missing. In interviews with journalist Stephen Grey, Almalki named six of them as his fellow prisoners in the underground cells at the Palestine Branch.

The first detained was Muhammad Haydar Zammar, a German citizen arrested in Morocco in December 2001, whom the United States questioned and then flew to Syria. Five others were transferred to Syria in May 2002: Barah Abdul Latif, Bahaa Mustafa Jaghel, Abdel Halim Dalak, Omar Ghramesh, and a teenager captured in the same raid as Abu Zubayda, whose name Almalki never learned.

The teenager — who would now be well into his 20s — was most likely Noor al-Deen, whom the Washington Post reported in 2009 was 19 years old when he was captured with Zubayda. Former CIA operative John Kiriakou told the Post that Deen cooperated with interrogators because “[h]e had come to the conclusion that his life was over,” and was terrified that he was about to be executed. Instead he was transferred first to Morocco and later to Syria.

Another Syrian, Mustafa Setmariam Nasr, a high-level al Qaeda strategist who also holds Spanish citizenship, was detained in 2005 in Pakistan and turned over to the United States. Human rights groups have long suspected that Setmariam, who is also known as Abu Musab al-Suri, was later transferred to Syria. The Guantánamo documents released this spring by WikiLeaks confirm that Suri is detained “in his native Syria.”

The U.S. and Syrian governments are unlikely to answer any questions about the detainees’ rendition or their current whereabouts. If Assad’s regime falls, perhaps activists or journalists will find the answers in a binder labeled “CIA” in one of the mukhabarat’s many offices. Until then, they remain missing.