On Sept. 30, a drone strike in southern Yemen killed American jihadists Anwar al-Awlaki and Samir Khan. Among their other accomplishments within al Qaeda in the Arabian Peninsula (AQAP), they were the main ideological force and main editors behind the English-language jihadi magazine Inspire, which has intrigued readers since it arrived online last year with its mix of radical theology, practical advice for aspiring terrorists, and slick graphics. Here’s a look at the greatest hits of what now appears to have been a short-lived publication: 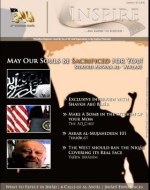 Inspire‘s first issue featured a cover story from Awlaki, titled “May our souls be sacrificed for you!” The editors’ note promised that the magazine would be “geared towards making the Muslim a mujahid in Allah’s path.… Our concern for the ummah is worldwide and thus we try to touch upon all major issues while giving attention to the events unfolding in the Arabian Peninsula as we witness it on the ground.”

Inspire‘s unique front-of-the-book features included “Hear the World,” — later renamed “Jihad Talk” — a collection of quotes from friends and enemies of the jihad as disparate as Times Square would-be bomber Faisal  Shahzad and David Letterman. A section on “Open Source Jihad” promised to teach readers how to “Make a bomb in the kitchen of your mom.” All you need is an “inflammable substance,” “decoration lamp (what is normally used for Christmas trees)” and an “Iron pipe.”

A practical feature called “what to expect from Jihad” was full of sensible tips for the aspiring holy warrior. For instance, what should you pack?

When on jihad one has to bear in mind that they will have to pack light since one will be constantly moving from one place to another and it wouldn’t be practical to carry large suitcases everywhere one goes, especially if the car ride is tight. What I recommend is bringing a solid, well-built backpack that can last in any weather condition. Bring two to three pairs of clothes; don’t worry about them getting dirty since in nearly every base, you should be able to clean the clothes. 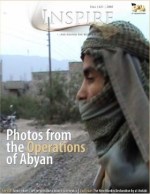 The most prominent feature in the second issue is an essay by Khan on how he had come to embrace jihad:

Fellow U.S.-born jihadist Adam Gadhan gives some advice to President Obama: “As Shaykh Usama told you, if you don’t heed our warning and stop your support of Israel, we will have no choice but to continue to use other ways to get our message across.”

This issue’s Open Source Jihad idea involved using a pickup truck equipped with “butcher blades or thick sheets of steel” to mow down pedestrians in a crowd: “The idea is to use a pickup truck as a moving machine, not to mow grass but mow down the enemies of Allah.” But we warned: “After such an attack, we believe it would be very difficult to get away safely and without being recognized. Hence it should be considered a martyrdom operation. It’s a one-way road.”

Awlaki also contributes an essay in which he explains his skepticism of nonviolent resistance, writing, “This might be the way of Gandhi or Martin Luther King, but it is not the way of Muhammad (peace be upon him) who said: ‘I was sent with the sword before the Day of Judgment.'”

A caption on a photo of Awlaki claims, “Not a single shred of evidence has been produced to incriminate Imam Anwar al-Awlaki; so why has the US Government put him on their hit list?”

One could claim that the magazine itself is such a shred of evidence, but why split hairs? 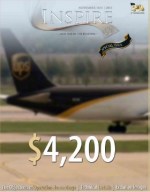 This was a special issue devoted to the October 2010 cargo-planes bomb plot, in which bombs hidden in printer cartridges were sent through the mail from Yemen, bound for the United States. The plot was foiled, but Inspire claimed success thanks to the expensive, increased security measures the United States was forced to implement in response:

“$4,200. That is the total cost of Operation Hemorrhage. The operation has succeeded in achieving its objectives. We thank Allah for his blessings

[T]o bring down America we do not need to strike big. In such an environment of security phobia that is sweeping America, it is more feasible to stage smaller attacks that involve less players and less time to launch and thus we may circumvent the security barriers America has worked so hard to erect. This strategy of attacking the enemy with smaller, but more frequent operations is what some may refer to as the strategy of a thousand cuts. The aim is to bleed the enemy to death.”

The issue features a special section with technical details and behind-the-scenes photos of the plot. 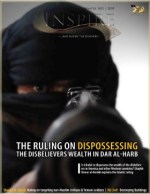 Issue 4 opens with letters from readers. “The release of your majestic magazine brought tears to my eyes, brothers,” wrote Hamza. Muhammad wrote in: “With the current media under control of the Jews, it is a great change to have news that are from the ummah to the ummah.” Less-than-glowing reactions from Fox News and the Anti-Defamation League were also proudly highlighted.

On Taimour Abdulwahhab al-Abdaly’s 2010 bombing in Stockholm: “The iron fist of jihad is more apparent than ever in the midst of the kuffar. This is now the second operation within a month inside Europe.”

On forest fires in Israel: “We ask Allah to hasten their destruction”

On news that a supposed Taliban envoy who had been negotiating with the Afghan government turned out to be a fraud:  “LOL!… It was the most embarrassing event for both the United States and Karzai-led occupation since their conjoined invasion of Afghanistan in 2001.”

On British student Roshonara Choudhry’s stabbing of a British MP for supporting the Iraq war: “A woman has shown to the ummah’s men the path of jihad! A woman my brothers! Shame on all the men for sitting on their hands while one of our women has taken up the individual jihad.”

The issue also featured the debut of a new graphic feature, “Cold Diss”: 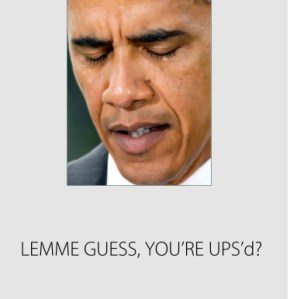 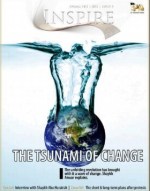 Inspire‘s Spring 2011 issue looked at the recent upheavals in the Arab world. Khan penned a letter to the Egyptian people:

“You have to decide what your identity is. This will help determine your future course of action. Do you define yourself according to your culture or your religion? What really takes more precedence in your heart?”

Awlaki disputed the notion put forward by Western terrorism analysts, including the AfPak Channel’s own Peter Bergen, that the Arab Spring would lessen al Qaeda’s influence:

Peter Bergen believes that al Qaeda is viewing the events with glee and despair. Glee yes, but not despair. The mujahidin around the world are going through a moment of elation and I wonder whether the West is aware of the upsurge of mujahidin activity in Egypt, Tunisia, Libya, Yemen, Arabia, Algeria, and Morocco? Is the West aware of what is happening or are they asleep with drapes covering their eyes?

When Tunisia’s taghut [idolater] was driven away, homeless and on the run, he didn’t know where to go after he was refused to enter into his masters’ country of France. However, he ended up in the land of Muhammad. It’s as if though Nayif ibn Abd al-Aziz heard about his eviction, phoned him and said, “Come here to find wealth and security. Come here for plotting and conspiring.”

A humor feature listed some of the more bizarre pronouncements of Libya’s “clown taghut” leader:

Muhammar Gadhafi will certainly go down in history as the most lunatic of the tawaghit due to his repeated contradictions, beating around the bush, hilarious conspiracy theories and pure stupidity. We don’t know what’s funnier: his contradictions, quoting himself from his green book or how he opened the BBC interview with an arrogant laugh and then asked, “What is the question?” We have thus dedicated a place to laugh at this enemy of Allah. 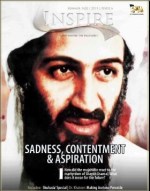 Released after the death of Osama bin Laden, Issue 6 was, not surprisingly, more downbeat than normal. The editors opened with an apology:

“We apologize for the delay in the publication of the magazine. Things have been quite hectic over here. The country is falling apart and our brothers are busy picking up the pieces. It’s like walking into an orchard of ripe fruit that is falling off the branches and all what you have to do is walk through it with a basket over your head.”

But Khan was resolute, writing, “His death will only bring them misery and it will be a curse for them until they leave our lands.”

Obama came out with ringing declarations; among them, Shaykh Usama was not a shahid because of his rejection of democracy! This has to be the first time in history that a kafir leader has declared that a Muslim mujahid died rejecting shirk! [Idolatry] Democracy to the Muslims is shirk because, quite frankly, how can anyone vote on whether or not to establish the law of Allah?

Most of the rest of the issue was devoted to obituaries for other recently slain jihadists. It wasn’t all doom and gloom, though: “Open Source Jihad” offered advice on “training with the AK” and “making acetone peroxide.” “Cold Diss” featured recently disgraced U.S. Congressman Anthony Weiner, who had been a leading advocate of having Awlaki’s videos removed from YouTube, and called him an “Angry Weiner Head.” 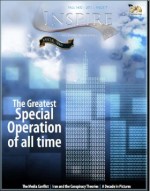 The most recent issue of the magazine was meant to be a commemoration of the 10th anniversary of al Qaeda’s greatest triumph, but at only 20 pages, most of them old 9/11 photos, rather than the usual 60, it felt more like a sign of its decline. Khan was typically optimistic: “For us it’s just a matter of time. The question is not whether America will fall or not. America is already falling; it just didn’t hit the ground yet.”

Most intriguingly, the editors appeared angry at Iranian President Mahmoud Ahmadinejad’s suggestion that al Qaeda may not have been responsible for the attacks:

The Iranian government has professed on the tongue of its president Ahmadinejad that it does not believe that al Qaeda was behind 9/11 but rather, the U.S. government. So we may ask the question: why would Iran ascribe to such a ridiculous believe that stands in the face of all logic and evidence?

Everyone likes to get credit. So will Inspire be able to continue without its two leading figures? We’ll find out this winter.