Unicorns are beautiful, make-believe creatures. But despite overwhelming evidence of their fantastical nature, many people still believe in them. Much of America’s China policy is also underpinned by belief in the fantastical: in this case, soothing but logically inconsistent ideas. But unlike with unicorns, the United States’ China-policy excursions into the realm of make-believe could ... 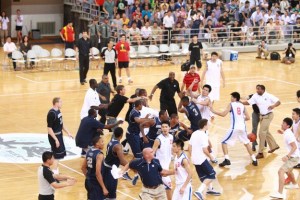 Unicorns are beautiful, make-believe creatures. But despite overwhelming evidence of their fantastical nature, many people still believe in them. Much of America’s China policy is also underpinned by belief in the fantastical: in this case, soothing but logically inconsistent ideas. But unlike with unicorns, the United States’ China-policy excursions into the realm of make-believe could be dangerous. Crafting a better China policy requires us to identify what is imaginary in U.S. thinking about China. Author James Mann captures some in his book, The China Fantasy.

Here are my own top 10 China-policy unicorns:

1. The self-fulfilling prophecy. This is the argument that has the most purchase over the United States’ China policy. Treat China like an enemy, the belief goes, and it will become an enemy. Conversely, treat China like a friend, and it will become a friend. But three decades of U.S.-China relations should at least cast doubt on this belief. Since the normalization of relations with China, the aim of U.S. policy has been to bring China “into the family of nations.” Other than China itself, no nation has done more than the United States to improve the lot of the Chinese people and welcome China’s rise peacefully. And, rather than increase its deterrence of China — a natural move given the uncertainty attendant to the rise of any great power — the United States has let its Pacific forces erode and will do so further. The United States may soon go through its third round of defense cuts in as many years. Here is just one example of how unserious the United States is about China: As China continues to build up its strategic forces, the United States has signed a deal with Russia to cap its strategic forces without so much as mentioning China. Unless Beijing was insulted by this neglect, surely it could take great comfort in an anachronistic U.S. focus on arms control with Russia. But despite U.S. demonstrations of benevolence, China still views the United States as its enemy or, on better days, its rival. Its military programs are designed to fight the United States. The self-fulfilling prophecy is far and away the most fantastical claim about China policy and thus the No. 1 unicorn. 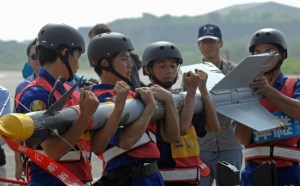 2. Abandoning Taiwan will remove the biggest obstacle to Sino-American relations. Since 2003, when President George W. Bush publicly chided then-Taiwanese President Chen Shui-bian on the White House lawn with Chinese Premier Wen Jiabao at his side, the United States has been gradually severing its close links with Taiwan. President Barack Obama’s Taiwan policy has been the logical denouement. Arms sales have been stalled, no cabinet members have visited Taiwan since Bill Clinton’s administration, and trade talks are nonexistent. There is essentially nothing on the U.S.-Taiwan policy agenda. The reaction from China? Indeed, it has moved on. But rather than bask in the recent warming of its relationship with Taiwan, China has picked fights with Vietnam, the Philippines, Japan, South Korea, and India. It does not matter what “obstacles” the United States removes; China’s foreign policy has its own internal logic that is hard for the United States to “shape.” Abandoning Taiwan for the sake of better relations is yet another dangerous fantasy. 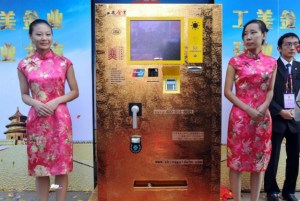 3. China will inevitably overtake America, and America must manage its decline elegantly. This is a new China-policy unicorn. Until a few years ago, most analysts were certain there was no need to worry about China. The new intellectual fad tells us there is nothing we can do about China. Its rise and America’s decline are inevitable. But inevitability in international affairs should remain the preserve of rigid ideological theorists who still cannot explain why a unified Europe has not posed a problem for the United States, why postwar Japan never really challenged U.S. primacy, or why the rising United States and the declining Britain have not gone to war since 1812. The fact is, China has tremendous, seemingly insurmountable problems. It has badly misallocated its capital thanks to a distorted financial system characterized by capital controls and a non-market based currency. It may have a debt-to-GDP ratio as high as 80 percent, thanks again to a badly distorted economy. And it has created a demographic nightmare with a shrinking productive population, a senior tsunami, and millions of males who will be unmarriageable (see the pioneering work of my colleague Nick Eberstadt).

The United States also has big problems. But Americans are debating them vigorously, know what they are, and are now looking to elect the leaders to fix them. China’s political structure does not yet allow for fixing big problems. 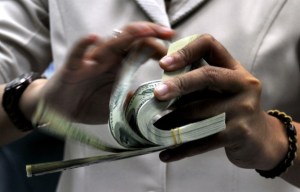 4 (related to 3). China is America’s banker. America cannot anger its banker. In fact, China is more like a depositor. It deposits money in U.S. Treasurys because its economy does not allow investors to put money elsewhere. There is nothing else it can do with its surpluses unless it changes its financial system radically (see above). It makes a pittance on its deposits. If the United States starts to bring down its debts and deficits, China will have even fewer options. China is desperate for U.S. investment, U.S. Treasurys, and the U.S. market. The balance of leverage leans toward the United States. 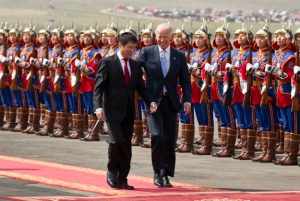 5. America is engaging China. This is a surprising policy unicorn. After all, the United States does have an engagement policy with China. But it is only engaging a small slice of China: the Chinese Communist Party (CCP). The party may be large — the largest in the world (it could have some 70 million members). The United States does need to engage party leaders on matters of high politics and high finance, but China has at least 1 billion other people. Many are decidedly not part of the CCP. They are lawyers, activists, religious leaders, artists, intellectuals, and entrepreneurs. Most would rather the CCP go quietly into the night. America does not engage them. U.S. presidents tend to avoid making their Chinese counterparts uncomfortable by insisting on speaking to a real cross-section of Chinese society. Engagement seen through the prism of government-to-government relations keeps the United States from engaging with the broader Chinese public. Chinese officials come to the United States and meet with whomever they want (usually in carefully controlled settings and often with groups that are critical of the U.S. government and very friendly to the Chinese government). U.S. leaders are far more cautious in choosing with whom to meet in China. The United States does not demand reciprocity in meeting with real civil society — underground church leaders, political reformers, and so on. China has a successful engagement policy. America does not. 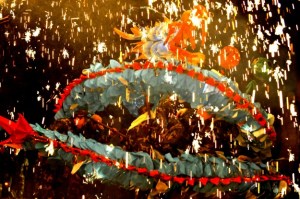 6. America’s greatest challenge is managing China’s rise. Actually, America’s greatest challenge will probably be managing China’s long decline. Unless it enacts substantial reforms, China’s growth model may sputter out soon. There is little if nothing it can do about its demographic disaster (will it enact a pro-immigration policy?). And its political system is too risk averse and calcified to make any real reforms. 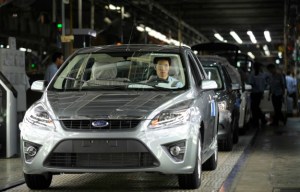 7. China’s decline will make our lives easier. China’s decline may make the challenge for the United States more difficult for at least a generation. It could play out for a long time, even as China grows more aggressive with more lethal weaponry (e.g., what to do with surplus males?). Arguably, both Germany and imperial Japan declined beginning after World War I and continuing through the disaster of World War II. Russia is in decline by all useful metrics. Even so, it invaded a neighbor not too long ago. A declining, nuclear-armed nation with a powerful military can be more problematic than a rising, confident nation. 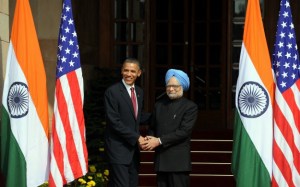 8. America needs to extricate itself from the “distractions” of the Middle East and South Asia to focus on China. This is a very popular unicorn among the cognoscenti. But how would this work? As Middle Easterners go through a historic revolution that could lead to the flowering of democracy or the turmoil of more extremism, how does America turn its attention elsewhere? Is it supposed to leave Afghanistan to the not-so-tender mercies of the Taliban and Pakistani intelligence? This view is particularly ironic given China’s increased interests in the Middle East and the U.S. need for a partnership with India to deal with China. The United States has no way of creating the kind of order it wishes to see in Asia without exerting a great amount of influence over the oil-producing states in the Middle East and by allowing India to become tied down in a struggle in South Asia. America is the sole superpower; its foreign policy is interconnected. “Getting Asia right” means “getting the Middle East and South Asia right.” 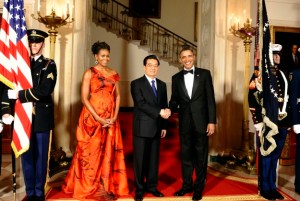 9. America needs China’s help to solve global problems. This is further down on my list because it is not really a fantastical unicorn. It is true. What is a fantasy is that China will be helpful. The United States does need China to disarm North Korea. It does not want to, and North Korea is now a nuclear power. The same may soon be true with Iran. The best the United States can get in its diplomacy with China is to stop Beijing from being less helpful. It is a fact that global problems would be easier to manage with Chinese help. However, China actually contributing to global order is a unicorn. 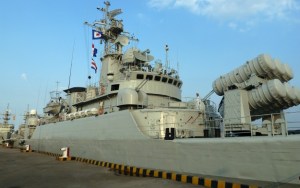 10. Conflict with China is inevitable. A fair reading of the nine “unicorns” above may lead to the conclusion that America is destined to go to war with China. It may be a fair reading, but it is also an inaccurate one. Sino-American relations will be determined by two main drivers — one the United States can control, one it cannot. The first is the U.S. ability to deter aggressive Chinese behavior. The second is how politics develop in China. The strategic prize for Washington is democratic reform in China. Democracy will not solve all Sino-American problems. China may be very prickly about sovereignty and very nationalistic. But a true liberal democracy in China in which people are fairly represented is the best hope for peace. The disenfranchised could force their government to focus resources on their manifold problems (corruption, misallocated resources, lack of a social safety net). The United States and the rest of Asia will certainly trust an open, transparent China more, and ties would blossom at the level of civil society. Historically, the United States has almost always been on China’s side. It is waiting patiently to do so again.