Written on the Wall

A tumultuous year, told through the scrawls and murals of the people living through it.

When we looked for the words that mattered the most this year, the ones that kept popping up were written on walls: from Syria, where protests erupted after a group of teenagers were jailed for tagging a wall with “The People Want the Regime to End,” to Tunisia, Egypt, and Libya, where caustic portraits of tumbling dictators tracked their fall from power. For this In Other Words special graffiti edition, we turned to a prominent expert on the art on its home turf: Roger Gastman, co-author of The History of American Graffiti and co-curator of the recent Los Angeles Museum of Contemporary Art exhibit, “Art in the Streets.” Over the next pages, he walks us through some of 2011’s most explosive expressions, seen on walls from Tripoli to Cairo to Kabul and beyond.

“For me, how I define graffiti is writing your name over and over again for the sake of fame, which started in Philadelphia in the mid- to late-1960s and in New York City and has continued and spread. When I see those political messages, I call them ‘pedestrian’ graffiti — as in, I want to go write on this wall and put a message there, or I am really pissed off about these taxes or this leader doing x, y, and z or not doing x, y, and z. A lot of times these people might be artists, but they are not necessarily graffiti artists. They just see spray paint or smearing oil on a wall or whatever it is as a medium to get their message across. Often, of course, these messages have a much deeper meaning than just someone’s name.” 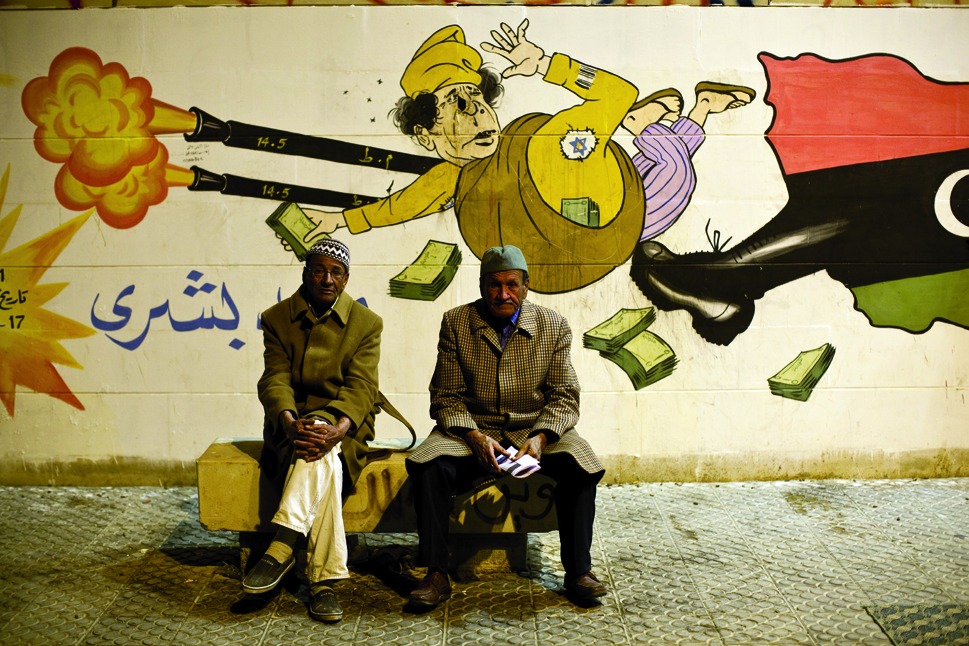 “Racism — like this anti-Semitic Qaddafi as moneybags — is not really prevalent in traditional American graffiti. But if everyone’s making jokes about Qaddafi and money, that’s how the artist is going to paint him, because it’ll get a rise out of people. Still, this is beautifully rendered by an artist. To me, this is one of the more traditional graffiti walls that you would see in any city from Paris to London to New York — except it’s in a much crazier, crazier place.” 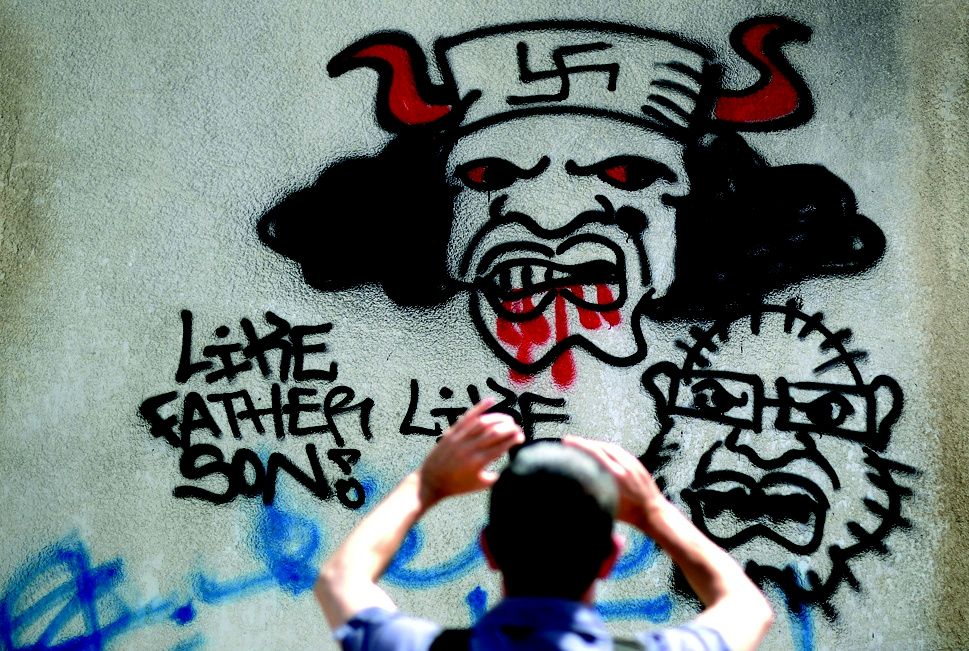 “Despite the swastika, I’m guessing this is meant to be humorous. When I say pedestrian graffiti, this is what I’m talking about. It is crude. At the same time, you can tell this person has done graffiti before just by the handwriting.” 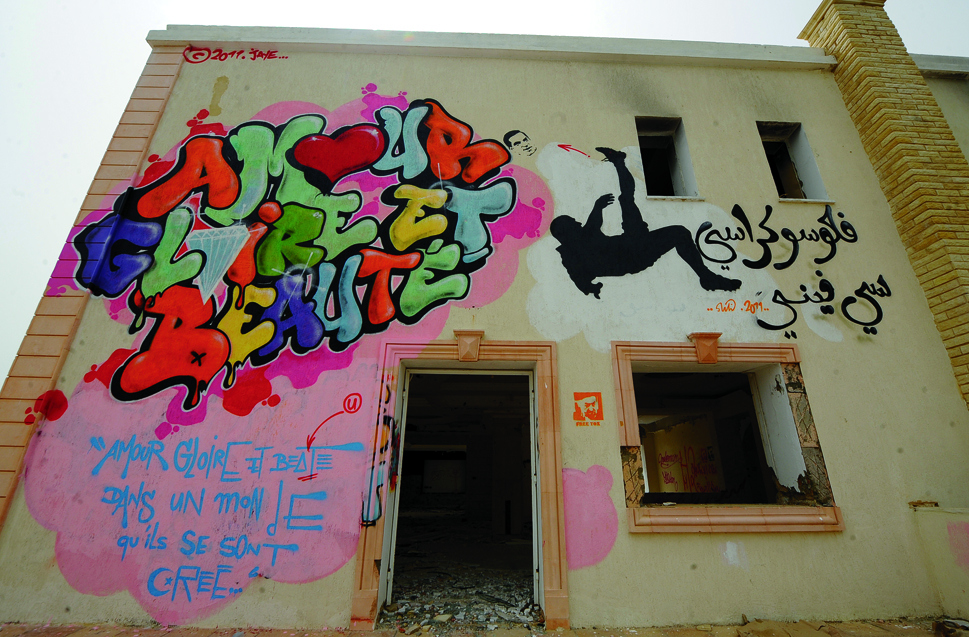 “This is real graffiti done by someone who knows what they are doing. It’s just put together well. The letters have distinct styles to them, and even the handwriting at the bottom is done in a very good clear graffiti hand style.” 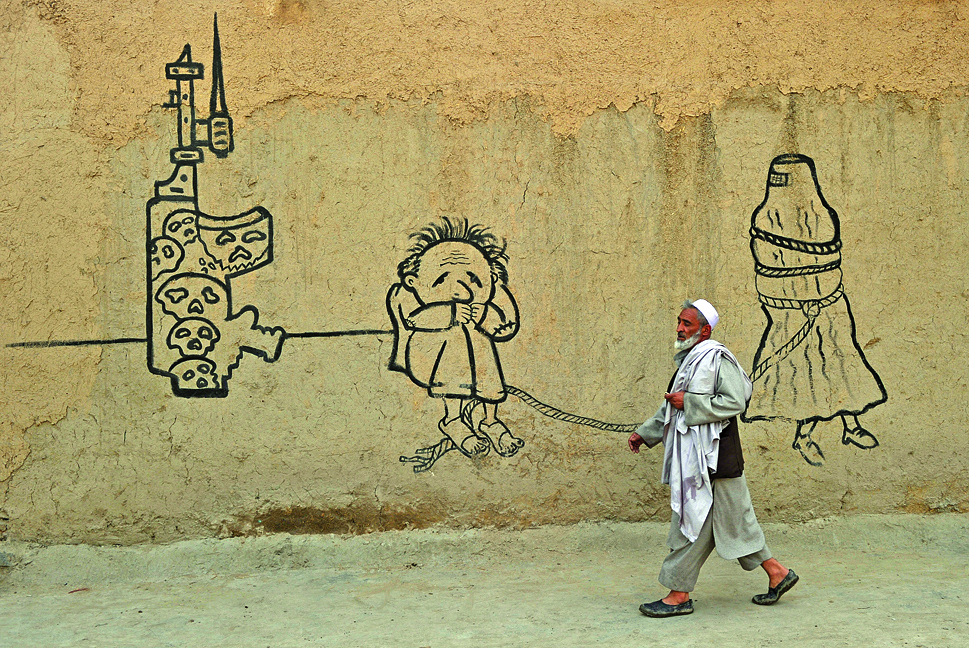 “These graffiti in Kabul definitely look like they’re done by a traditional graffiti writer. This to me looks like someone who knows what is up with a can of paint.” 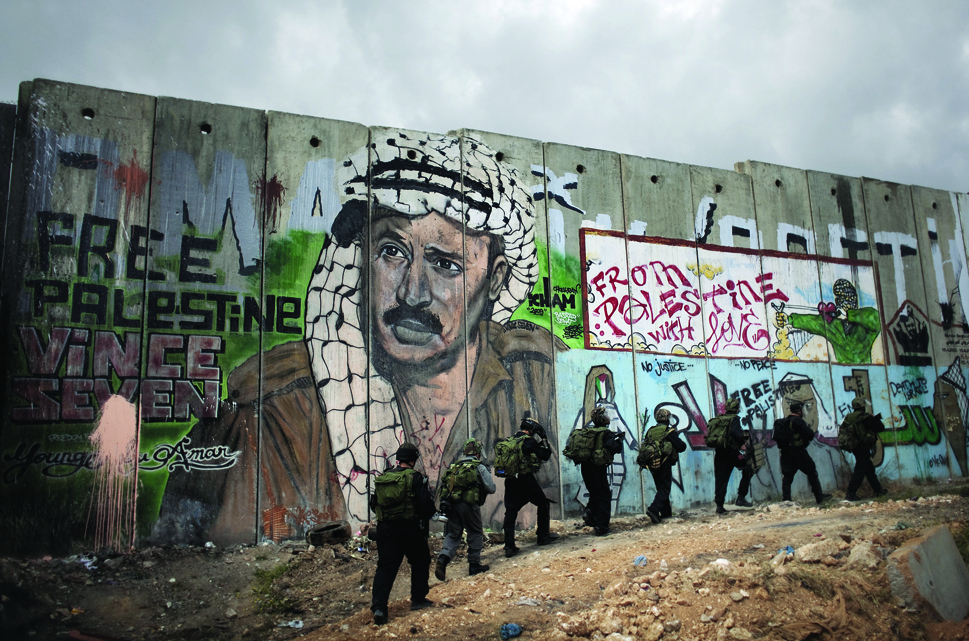 “This is definitely done by kids who are into graffiti. You can tell by the lettering in the name ‘Vince Seven’ on the left side. It looks like three different people painted it. The one on the left is the best one, the most experienced.” 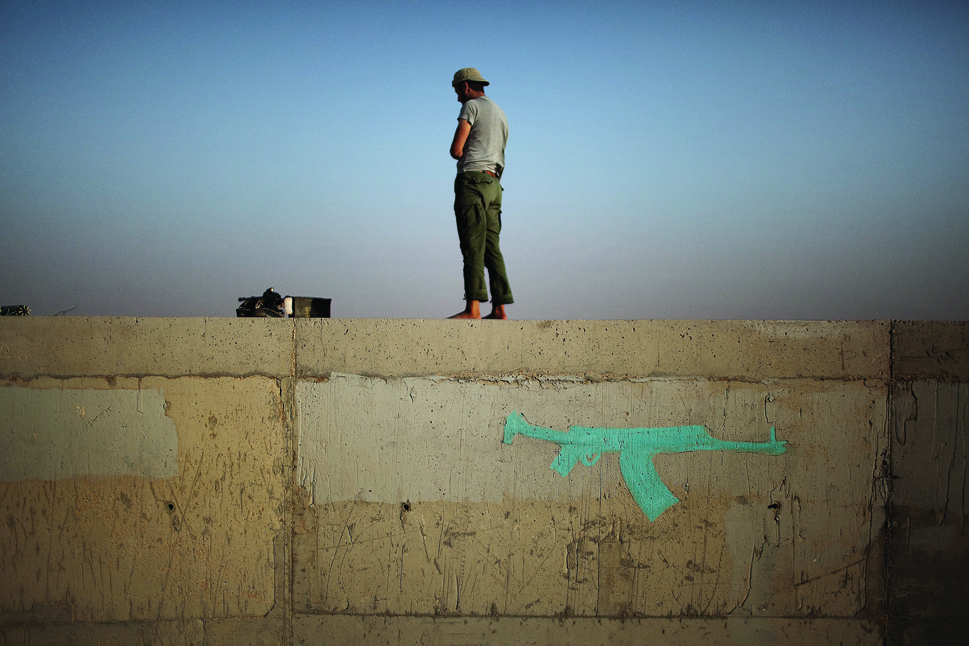 “This is probably just done with a brush. The lines don’t really look like spray paint. It fits the environment. It is quiet. It’s to the point. You understand what is going on. And it’s probably less likely to get cleaned. The more something blends in with the environment and doesn’t make a stink, the more likely it’s going to stay, probably.” 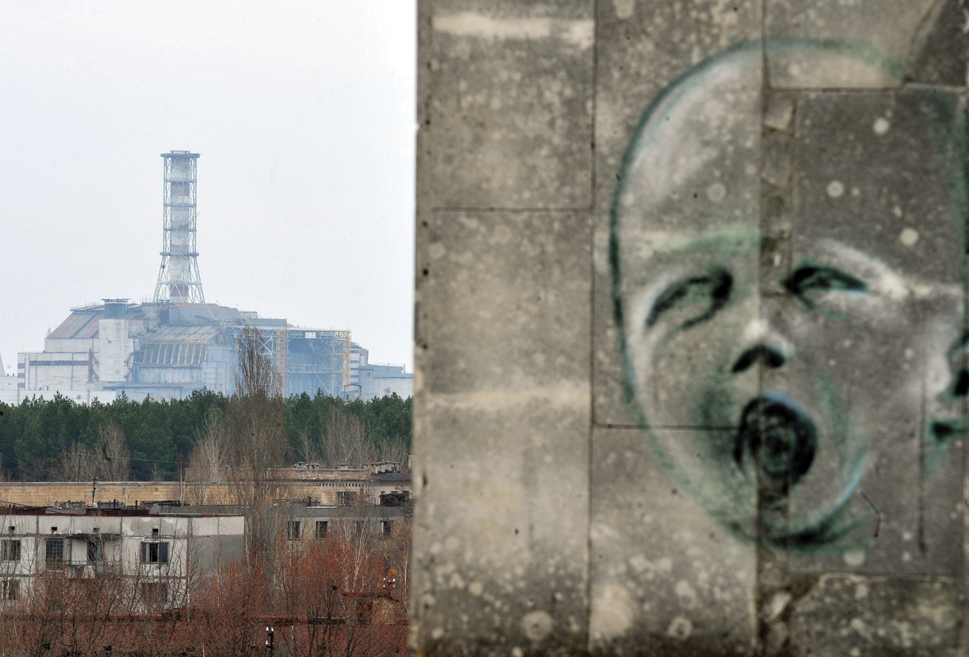 “This is just three cans of spray paint, a black, a green, and a white. Just one little ghosted character on the wall that shows the desperation of the place. If they would have buffed the wall and painted something big and bold and pretty, it would have livened the place up, but it wouldn’t fit the surroundings.” 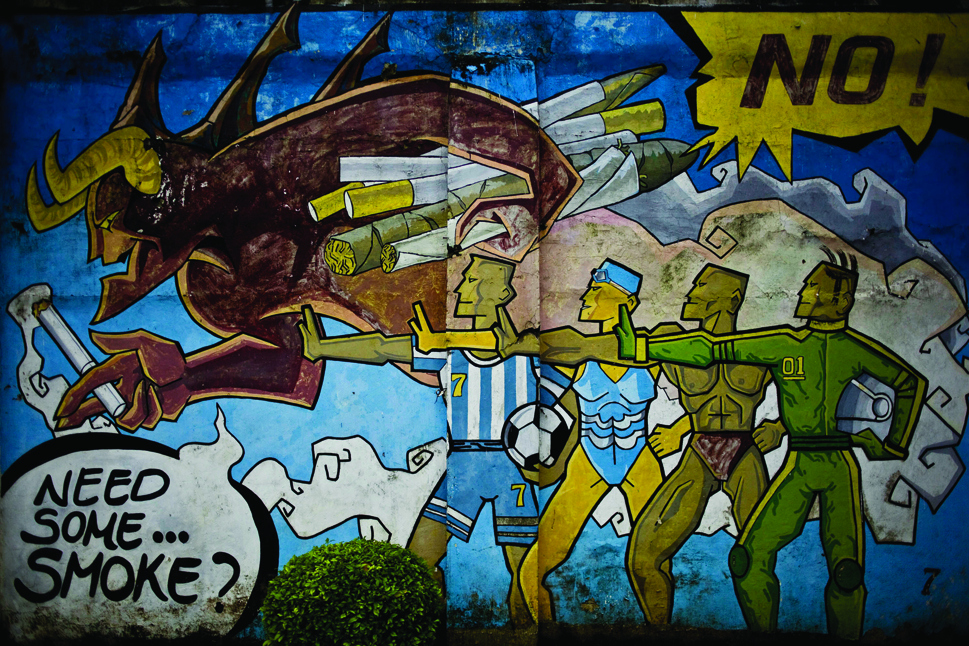 “This is freaking hilarious.”