The illusion of omnipotence has exhausted America and spoiled its allies. 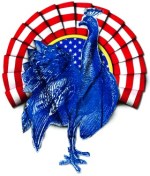 Too much power is not good for a person, or for a nation. It leads to hubris, to the childish illusion of omnipotence, and, even when driven by good intentions, to abuse.

In the case of the United States, the illusion of being exceptional, the idea that the “Greatest Nation in the History of the World” can do anything, is doubtless fed by the manner of the country’s inception. France and the United States are the only Western democracies born from revolutions. Like France, the American republic likes to claim that it represents not only the hopes of humankind, but universal values. The American way is the global way, or it jolly well should be.

What the French call la mission civilisatrice has also been a driving force for Americans. The national destiny is to civilize the benighted world. To believers in this mission — who are not always in the mainstream of U.S. politics, but have enjoyed a remarkable resurgence in the decade since the 9/11 attacks — it is not sufficient for the United States to be an example to the world. It is incumbent on the republic to export freedom and democracy, by force if necessary.

This is the Napoleonic side of U.S. foreign policy. As was true of France, the Napoleonic urge is rooted in the Christian tradition. French and American democracies may be secular, but the missionary zeal and the claims of universality surely owe something to the countries’ religious past.

Still, the illusion of American omnipotence was held in check by other powers, notably by the British Empire, and later by the Soviet Union, for much of America’s history. This is not to extol the virtues of the Soviet system, which were limited, to say the least. But Moscow at a minimum played the role of keeping things in perspective.

After 1989, there was ostensibly nothing to stop the American dream of shaping the world to its liking. You might say it was America’s Palmerstonian moment, when it acted like Victorian England’s Lord Palmerston, who believed that Britain’s duty was to use its might to reorder other nations, from Belgium to Afghanistan to China. Bush the Elder was still too cautious to fully embrace Palmerston’s liberal interventionism. His son was not. It was 9/11 that released American hubris in full force.

“We don’t want to fight, but by Jingo if we do: We’ve got the ships, we’ve got the men, we’ve got the money too.…” These were the words of a popular music-hall ditty in London in the 1870s, but they might have been sung in the streets of Washington around 2003.

But this American hubris, mixed with an atmosphere of paranoia, has brought disastrous results for others, and for the United States itself. Unnecessary wars, sometimes undertaken with true missionary zeal, are bleeding the country’s treasury and costing countless lives.

Not all the costs are direct. The gradual militarization of American society — the ritual genuflections to “our men and women in uniform,” the bloated military budgets, the fawning attitude to generals — has resulted in something more often associated with tin-pot dictatorships in the developing world: crumbling bridges, potholed roads, rotten schools, and an overbearing military loaded with all the best and latest hardware.

This is clearly not good for most Americans. But it isn’t good for U.S. allies, either. Sick of waging wars, for excellent reasons, Europeans and the Japanese have become like spoiled adolescents, almost totally dependent for their security on the big American father. Too indolent, or scared, to take more responsibility for their own protection, they express the humiliation of their dependency in fits of anti-American pique.

In East Asia, Pax Americana still rules, not only because the Japanese can’t make up their minds about whether to change their (American-written) pacifist constitution, but also because China, too, has long preferred the status quo. The alternative to being ringed by U.S. bases, after all, is to see the Japanese take over.

There are some signs that Europeans are beginning to wean themselves from the American parent. Yet the form this takes seems to be flattery through imitation. Just a few years ago, British Prime Minister Tony Blair still believed that it was Britain’s role to be an obedient, even zealous junior partner in the U.S. military mission to spread light unto the world. The latest venture in Libya, however, showed a more independent European spirit, led, unsurprisingly, by the French. It was as if President Nicolas Sarkozy, cheered on by some prominent French chauvinists, wanted to hitch the tricolor once more to its own mission civilisatrice. This time, the United States, exhausted by too many recent failures, took a back seat. Nonetheless, even this Franco-British mission could never have had any success without the wherewithal of U.S. power.

There is much talk, none of it very new, of the decline of the West, and of the United States in particular. China, so people claim, and in the long run perhaps India too, will assume the mantle of world power, just as Washington once took over from London. Perhaps this will come to pass. All great powers come to an end.

Yet neither China nor India, nor any other country, is likely to dominate the world soon in the way the United States has done. China’s ambition does not stretch beyond its Asian periphery, and India is still too poor and too battered by domestic rebellions to control its own territory successfully, let alone anywhere beyond Kashmir. American decline might still be a lengthy process. Failures in some sectors of the economy are partly made up for by successes in others: For all the Detroit plant closures, there’s a Google, a Microsoft, a Facebook. And whatever people might say to criticize America, many still wish to bask a bit longer in the security it claims to provide. But if history offers any indication, Napoleonic, or even Palmerstonian, politics always end up in mental and physical exhaustion. There is little doubt in my mind that the illusion of omnipotence, rather than lengthening the days of Pax Americana, has speeded up its eventual demise.

Ian Buruma is Professor of Democracy, Human Rights, and Journalism at Bard College. He is the author of numerous books, including Murder in Amsterdam: The Death of Theo Van Gogh and the Limits of Tolerance and Year Zero: A History of 1945.
Tags: Economics, North America, U.S. Foreign Policy
Latest