Responsibility to Protect: A Short History

Just what is a just war?

The first French missiles that streaked over Benghazi in March were more than the beginning of the end for Libyan leader Muammar al-Qaddafi -- they were also the first real-world test of the international community's new rules for humanitarian intervention. The conflict made an instant catchphrase out of "responsibility to protect" -- and its inevitable clunky acronym, R2P -- a doctrine adopted by the United Nations in 2005 and invoked for the first time to justify the bombing. R2P was intended to be the first piece in a new international legal framework for stopping war crimes after a century of ad hoc humanitarianism. But did the removal of Qaddafi's pariah regime -- while similar atrocities were allowed to continue in Syria and elsewhere -- mark the dawn of a new era, or the same old inconsistent approach debated in a new vocabulary? 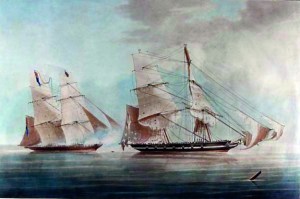 The first French missiles that streaked over Benghazi in March were more than the beginning of the end for Libyan leader Muammar al-Qaddafi — they were also the first real-world test of the international community’s new rules for humanitarian intervention. The conflict made an instant catchphrase out of “responsibility to protect” — and its inevitable clunky acronym, R2P — a doctrine adopted by the United Nations in 2005 and invoked for the first time to justify the bombing. R2P was intended to be the first piece in a new international legal framework for stopping war crimes after a century of ad hoc humanitarianism. But did the removal of Qaddafi’s pariah regime — while similar atrocities were allowed to continue in Syria and elsewhere — mark the dawn of a new era, or the same old inconsistent approach debated in a new vocabulary?

1625
In On the Law of War and Peace, Dutch legal philosopher Hugo Grotius argues that intervening to help a people resist tyranny constitutes a just war.

1807
Britain bans the slave trade. At the urging of abolitionists, British naval vessels patrolling the Atlantic begin interdicting other countries’ slave ships — the first example of a country enforcing human rights beyond its shores.

1933
Polish Jewish legal scholar Raphael Lemkin, appalled by the slaughter of more than a million ethnic Armenians by the Ottomans during World War I and by Hitler’s rise, begins a crusade for international legal protection from ethnically motivated mass killings. He is rebuffed by the League of Nations, where one delegate objects that such crimes occur “too seldom to legislate.” That same year, the first concentration camps open in Germany.

1946
Twenty-four Nazis are put on trial at Nuremberg by the Allies for atrocities committed during World War II; 19 are convicted. The legal proceedings, however, focus on war crimes and so do not fully establish a precedent for prosecuting “genocide” (a term coined two years earlier by Lemkin, who lost dozens of family members in the Holocaust).

1948
Lemkin lobbies the three-year-old United Nations relentlessly for legal protections against genocide, and on Dec. 9 the U.N. General Assembly votes unanimously to adopt the Convention on the Prevention and Punishment of the Crime of Genocide (though the United States doesn’t ratify it until 1988). 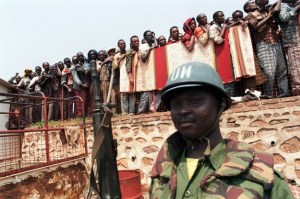 1940s-1960s
European colonialism ends with the liberation of 57 countries in Asia and Africa. State sovereignty is an important and sensitive issue for the countries recently freed from the yoke of Western rule and one that will be used for decades to come as an argument against humanitarian intervention.

1971
India intervenes in a bloody civil war between Pakistan and East Pakistan, which declares independence as Bangladesh. Seven years later Vietnam invades Pol Pot’s Cambodia, and in 1979 Tanzania deposes dictator Idi Amin in neighboring Uganda. All three wars are fought under the banner of national interest, but as each also aimed to avert the mass slaughter of civilians, international-law scholars later look to them as precursors — however faint — of the humanitarian interventions to come.

1991
The Soviet Union collapses. The next decade’s conflicts don’t carry the lofty geopolitical stakes of the Cold War and are more likely to happen within countries’ own borders, complicating the prospect of outside forces stepping in.

1994
Ethnic Hutus begin killing Tutsis in Rwanda. Susan Rice, then an aide on U.S. President Bill Clinton’s National Security Council, says of the crisis, “If we use the word ‘genocide’ and are seen as doing nothing, what will be the effect on the November election?” The United States does nothing, and by July, 800,000 Rwandans are dead.

1995
Bosnian Serb forces massacre more than 7,000 Muslim men and boys in the town of Srebrenica, while Dutch U.N. peacekeepers look on helplessly.

1996
Brookings Institution scholar Francis Deng, later the U.N.’s special advisor for the prevention of genocide, co-authors Sovereignty as Responsibility. The influential treatise argues that sovereign states are defined not by the inviolability of their borders — the assumption of the post-colonial era — but by their obligation to protect their citizens. 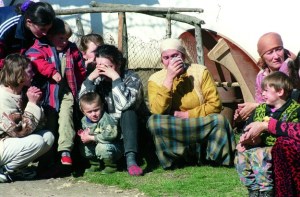 1998
The United States and NATO seek U.N. Security Council approval to intervene in Serbia’s persecution of ethnic Albanians in the province of Kosovo. China and Russia veto it, but NATO, eager to avoid a repeat of its mid-1990s failures, starts bombing anyway. The action — broadly supported, successful, and illegal — sets an uneasy precedent.

1999
Chinese Foreign Minister Tang Jiaxuan complains that “‘human rights taking precedence over sovereignty’ and ‘humanitarian intervention’ seem to be in vogue these days,” threatening to “wreak havoc” on international relations.

2000
With the U.N.’s backing, Canada convenes the International Commission on Intervention and State Sovereignty, a blue-ribbon panel co-chaired by Australian politician Gareth Evans and charged with drawing up guidelines for humanitarian intervention. The panel’s report, “The Responsibility to Protect,” released in December 2001, puts the term on paper for the first time.

2005
At its World Summit, the U.N. unanimously adopts “responsibility to protect” as a guiding principle for the prevention of “atrocity crimes.” “It cannot be right,” Secretary-General Kofi Annan declares, “when the international community is faced with genocide or massive human rights abuses, for the United Nations to stand by and let them unfold to the end.”

2008
When Cyclone Nargis strikes a hapless Burma, French Foreign Minister Bernard Kouchner argues that the “responsibility to protect” obligates the international community to step in. Writing in Britain’s Guardian, Archbishop Desmond Tutu similarly invokes the principle in calling for a nonmilitary intervention in Zimbabwe. Neither persuades the Security Council.

2009
U.S. President Barack Obama takes office. His foreign-policy team includes two prominent anti-genocide advocates: U.N. Ambassador Susan Rice, who is haunted by the U.S. failure in Rwanda, and special assistant Samantha Power, who reported on the Srebrenica massacre as a journalist and later wrote A Problem from Hell, an influential critique of the U.S. government’s response to genocide. 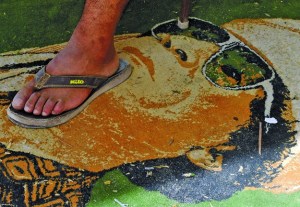 February 15: The Arab Spring arrives in Libya. After several days of protests in major cities, fighting breaks out between protesters and security forces in Benghazi. On Feb. 22, Muammar al-Qaddafi orders a violent crackdown, vowing to go “house by house” to find and kill the rebels.

March 17: As Libyan tanks threaten Benghazi, the Security Council passes Resolution 1973, for the first time invoking the “responsibility to protect” to condemn Qaddafi and impose a no-fly zone over his country. Two days later, a French fighter jet fires the first shots in the coalition forces’ strike on Libya.

March-April: As NATO bombs, debate reopens over the legitimacy and limits of the R2P doctrine. Evans argues in a March 24 Sydney Morning Herald editorial that a military action intended to kill or unseat Qaddafi or to otherwise support a rebel victory “is simply not permissible under the explicit legal terms of UN resolution 1973. Nor is it permissible under the moral first principles of the ‘responsibility to protect’ doctrine.” And though a European official warns in April that the Libya intervention should be “a warning sign” to regimes undertaking bloody crackdowns in U.S. allies Bahrain and Yemen as well as Syria, the U.N. takes no action.

August 20: Backed by NATO air power, Libyan rebels end Qaddafi’s four-decade rule. The expansion of the allies’ U.N.-sanctioned involvement, from enforcing a no-fly zone to unequivocally helping the rebels win the war, prompts Indian U.N. Ambassador Hardeep Singh Puri to remark, “Libya has given R2P a bad name.” But New York Times columnist Roger Cohen, among others, argues, “The intervention has been done right” — that after the disgraces of Rwanda and Bosnia and the overreach of Iraq, an atrocity has finally been stopped, in time and for the right reasons. “[T]he idea that the West must at times be prepared to fight for its values against barbarism,” he writes, “is the best hope for a 21st century less cruel than the 20th.”

NEW FOR SUBSCRIBERS: Want to read more on this topic or region? Click + to receive email alerts when new stories are published on Military, Economics, Human Rights