Five reasons that Israel and the United States might want to think long and hard about preemptively striking Iran's nuclear facilities. 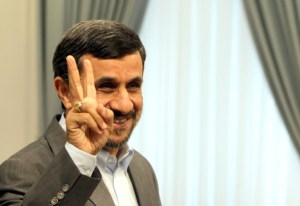 This week’s imminent publication of an International Atomic Energy Agency (IAEA) report on Iran’s nuclear program — details of which have been leaking out — is expected to provide evidence that Tehran is hard at work building a nuclear weapon. Once again, the proverbial tick-tock in media and diplomatic circles has begun: Is a U.S.-backed Israeli strike against Iran in the offing?

Much of the saber rattling and the leaks from Israel may be designed to use the IAEA report to motivate the international community to do more about Iran’s developing nuclear program and to lay down a warning of what the consequences might be if it doesn’t. Already, China and Russia are urging evidence in the report be kept secret, so it’s a good bet that they would block any proposals for kinetic action, and perhaps even further sanctions, in the United Nations. The Israelis might decide for any number of reasons that they must launch a military strike at some point; and it might be that a U.S. president cannot be in a position to dissuade them. Indeed, as a tiny nation living on the knife’s edge with a dark history and a track record of successful pre-emption against military threats, the Israelis may well act at some point, though not necessarily now.

Before they do, here are the five top reasons they might want to consider keeping their jets and missiles on the ground:

1. There’s no good end state. Striking Iranian nuclear sites is like mowing the grass. Unless a strike succeeded in permanently crippling the Iranian capacity to produce and weaponize fissile material, the grass would only grow back again. And no strike — or even series of strikes — can accomplish this. Iran’s hardened sites, redundancy of facilities, and secret locations present significant obstacles to a successful attack. Even in the best-case scenario — an incomplete strike that, say, set back the Iranian nuclear program by two to three years — the Iranians would reseed it with the kind of legitimacy and urgency that can only come from having been attacked by an outside power. Self-defense would then become the organizing principle of Iran’s nuclear program; it would resonate tremendously throughout the Middle East and even in the international community.

The counterargument of course is that the Israelis would cut the grass periodically, striking Iran every 18 months or so. But this situation is probably untenable; it would put Iran and Israel in a permanent state of confrontation and keep the region burning for years to come. 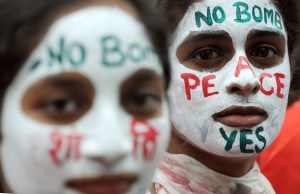 2. No one can prevent Iran from acquiring a nuclear weapon. Except Iran. The fact is that India, Pakistan, North Korea, and even Israel — nations with both a profound sense of insecurity and entitlement — have all developed nuclear weapons secretly. Iraq and Syria were on their way, too. Iran, under the Shah, was also committed to a nuclear program and might, over time, have tried to weaponize.

But denying Iran a weapon means more than taking away the toys; it means changing the national calculation and motivation of a power that historically has imagined itself as a great nation. Even in the unlikely event Iran became a democracy, its own regional image and ambitions might still impel it to develop a nuclear capacity. At a minimum, denying Iran nuclear weapons means fundamentally changing the mullahcracy in Tehran; a military strike by the Israelis might do just the opposite — further legitimizing it, particularly if there were civilian casualties. There’s no better way to mobilize a divided polity or bring out its nationalist and unified character than to demonize a foreign enemy. And the Israelis would be the target of a massive Iranian propaganda effort across the Arab world, an effort that would likely win a great deal of sympathy. 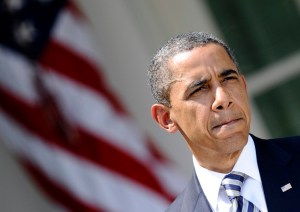 3. There are severe costs to the United States. When countries undertake actions that carry great uncertainty and risk, two questions need to be asked. First, can it be done? Second, what will it cost? The fact that Israel faces an existential threat may understandably lead it to downplay the costs to others, particularly to the United States. After all, it’s easy enough for Americans to assume, living thousands of miles away, that Iran is a rational actor and would never use a nuclear weapon against Israel because of the expectation of its own obliteration at the hands of the Israelis or the United States. Israelis, of course, maintain that the threat of retaliation is not an acceptable deterrent and will look to their own interests first.

But let’s look at what an Israeli strike might do to U.S. interests and an economy still in recession. Even if the Iranians could only temporarily block shipping in the Strait of Hormuz (through which 40 percent of all oil sails), the price of oil would spike exponentially, further undermining and sabotaging world markets — and doing tremendous damage to the fragile economic recovery in the United States. These economic and financial uncertainties could be truly global and catastrophic. At the same time, the Iranians would certainly try to turn up the heat against U.S. forces in Afghanistan and those remaining in Iraq, further compounding an already tenuous security situation in both countries. Together with a resurgent al Qaeda in Iraq (a Sunni threat), U.S. forces would be faced with a Shiite one as well. At the precise moment U.S. forces are committed to leaving Iraq, they could get sucked back into staying. Iran might well lash out at foes and perceived foes across the region, including in the Persian Gulf, particularly in a place like Bahrain. The Iranian capacity to strike the continental United State may be limited, but the capacity to wage a clandestine war against U.S. and Israeli interests across the Middle East is far more formidable. 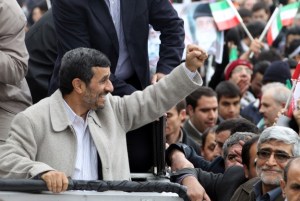 4. It will legitimize and popularize Iran in the Middle East. George H.W. Bush’s administration went to great lengths to prevent Israel from responding to Iraqi Scud attacks during the 1991 Gulf War. The logic was pretty compelling: Iraq was in defiance of the international community and U.N. Security Council resolutions, and a 34-country international coalition had formed to enforce the global good. The last thing needed was for Saddam Hussein to turn his invasion of Kuwait into an Arab-Israeli confrontation. The same applies here, to some extent.

Sanctions may never prevent the Iranians from acquiring a weapon, but they do have some impact; and Iran has become greatly isolated. An Israeli attack could undermine all that good work, particularly in the wake of this year’s Arab revolutions. An Israeli attack might be quietly welcomed by the rulers of some Persian Gulf states, but it would be viewed on the Arab street as another example of Israeli aggression and U.S. double standards. The Arabs would love to see the Iranians taken down a notch or two; but Israel’s involvement is going to complicate the post-strike environment and almost certainly undermine any U.S. effort to clean up the mess that will be left behind. 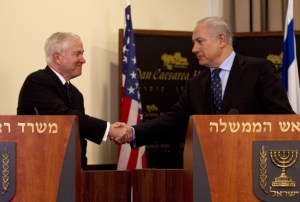 5. If the Israelis strike, the United States is necessarily involved. There’s no way that an Israeli strike comes off without major complications and a military response against U.S. interests. Clearly, the assumption in Tehran will be that the Israeli attack was coordinated with the United States. Likely responses include attempts to close off shipping in the Strait of Hormuz and proxy attacks against U.S. military installations and embassies. Even if the United States is actively not involved in the strike, it will likely be called upon to aid or support Israel against attacks from Hezbollah and Hamas using high-trajectory weapons. Washington’s credibility, at an all-time low internationally, will be further undermined. The United States is now involved in the two longest wars in its history and still has thousands of forces on the ground in two Muslim countries. And let’s be clear: The United States is not winning those wars. The last thing it needs is another war against a Muslim country whose staying power and effectiveness in striking back at America (albeit in asymmetrical ways) should never be underestimated.

All these concerns are offered up knowing full well that Iran’s acquisition of a nuclear weapon is a major problem for the United States, Israel, and the international community. It might even be a game-changer. The IAEA report seems likely to conclude that Iran is determined to acquire such a weapon, and it will reinforce — with clarity — that neither sanctions nor diplomacy have proved effective in stopping Tehran. No one should trivialize the consequences of an Iranian bomb. We can’t stick our head in the sand, but we shouldn’t lose our heads either.

If there was a reasonable chance or expectation that an Israeli strike would eliminate Iran’s nuclear capacity, then a more compelling argument might be made in defense of it. But there isn’t. And that leaves us in a very tough spot, poised somewhere for the moment between two equally unpalatable choices: risky and potentially catastrophic military action, or learning to live with an Iranian bomb that could dramatically reshape the power balance in the Middle East.

Aaron David Miller is a senior fellow at the Carnegie Endowment for International Peace and a former State Department Middle East analyst and negotiator in Republican and Democratic administrations. He is the author, most recently, of The End of Greatness: Why America Can’t Have (and Doesn’t Want) Another Great President. Twitter: @aarondmiller2