Winning Back the Revolution

Most Egyptians want economic recovery, not more protests, according to national Gallup surveys conducted over the past eight months. Do activists have any chance of winning back the street? 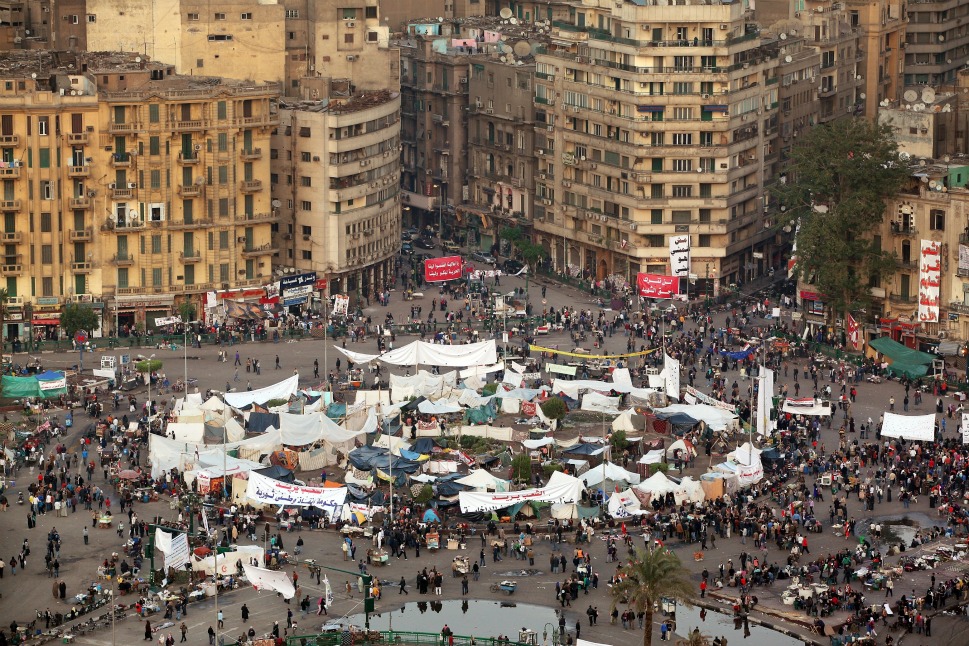 As Egyptians go to the polls for the first time since the fall of former President Hosni Mubarak, the country is deeply divided. The protests of recent weeks — which began with a call for the military to relinquish its hold on power — have descended into violent street clashes between angry youth and the police, with as many as 40 killed and hundreds injured in the fighting. Even now, thousands remain camped out in Tahrir Square and in front of the parliament building in downtown Cairo.

Most Egyptians have likely not welcomed the most recent round of protests with the same enthusiasm as the uprising that brought down Mubarak. According to nationally representative Gallup surveys conducted across the country in four rounds between late March and September, most Egyptians long for a return to normalcy, and see the country’s biggest problems as economic, not political. Among the wider public, the military is popular, while continued demonstrations that are viewed as crippling the economy and prolonging instability are not. But by responding to the protesters with brute force, Egypt’s ruling generals may have squandered that good will. While Egyptians oppose continued sit-ins, they reject attacks on civilians with even greater fervor.

Following are some of the most notable highlights from this groundbreaking survey. 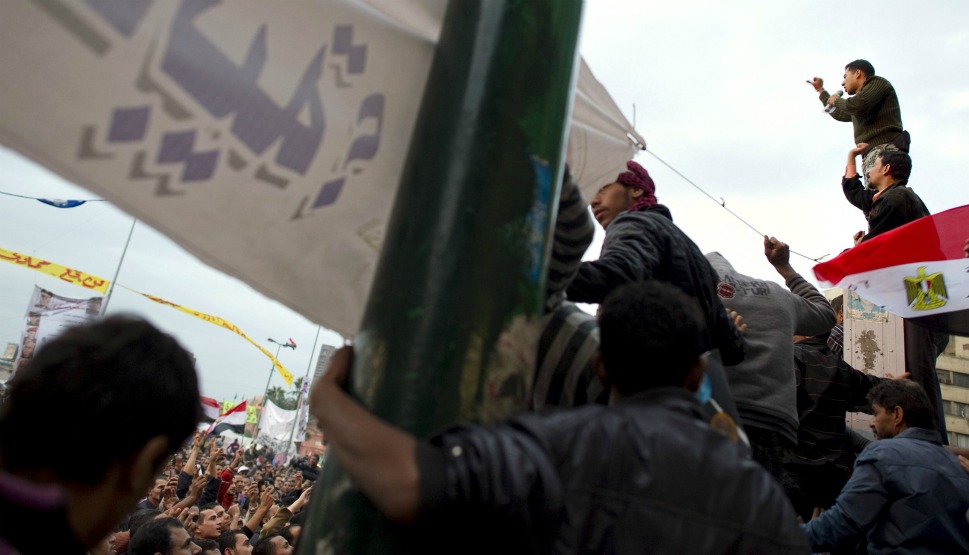 Most Egyptians support the revolution

The clashes and chaos in Tahrir and elsewhere in Egypt over the past several days stand in stark contrast to the euphoria in the weeks after mostly peaceful mass protests succeeded in ousting Mubarak after 30 years in power. In late March/early April, 83 percent of Egyptians said they supported these demonstrations and 11 percent reported personally participating in them. While those who said they took to the streets were most likely to be young, educated, and male, the demonstrators included the entire demographic spectrum. Most importantly, their average household income reflected the public at large. In a country where the deepest political divides often fall along class lines, the demands of Egypt’s Jan. 25 uprising represented the will of the vast majority of Egyptian society, transcending traditional economic differences. 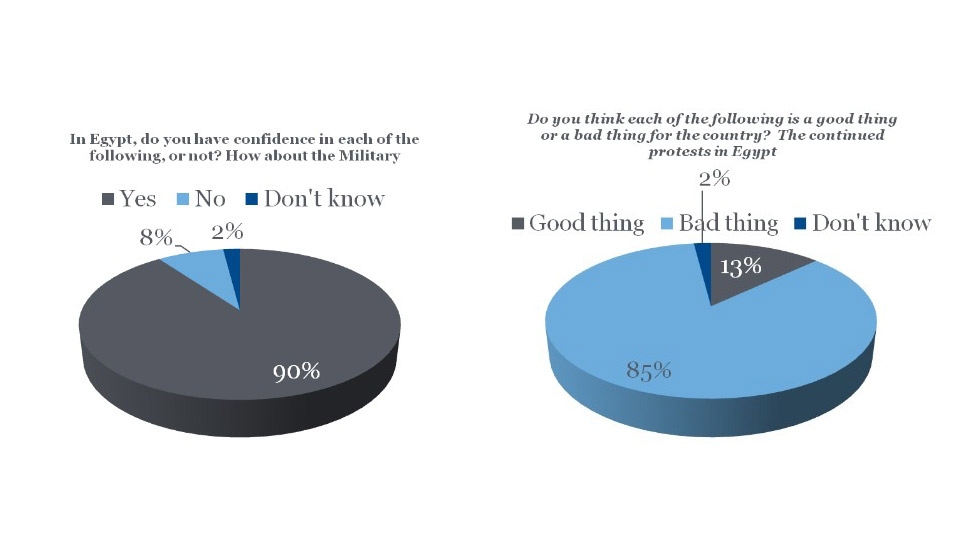 As much as Egyptians supported the 18-day demonstrations calling for Mubarak’s resignation, they oppose continued protests with equal spirit. This, coupled with the military’s popularity, makes the public unlikely to support demands for the Supreme Council of the Armed Forces to step down — especially if it means prolonging the economic and political instability during the transition to civilian rule. 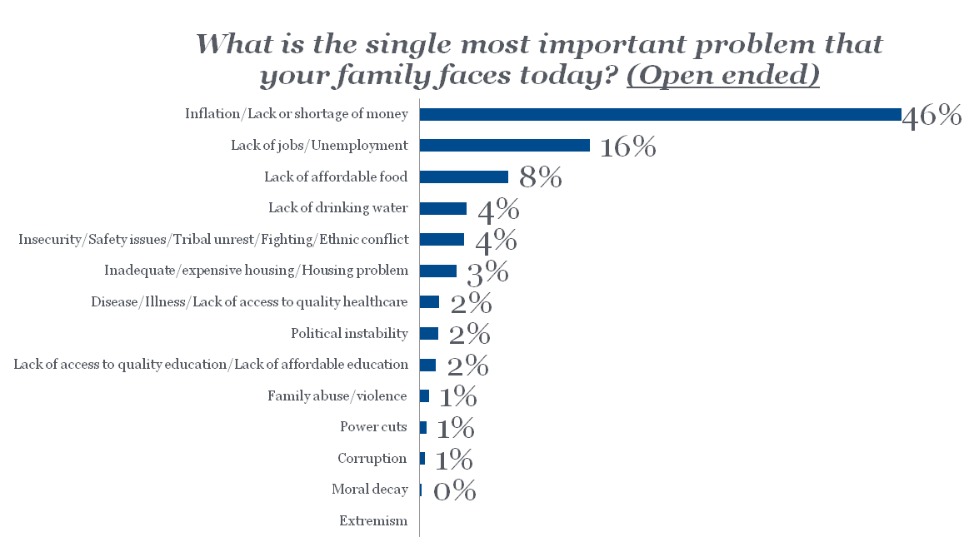 Egyptians’ top concerns are economic — inflation, unemployment, and lack of affordable food — in contrast to activists’ demands that center around political reform. For many, ongoing protests likely appear to exacerbate these economic problems and destabilize the country. 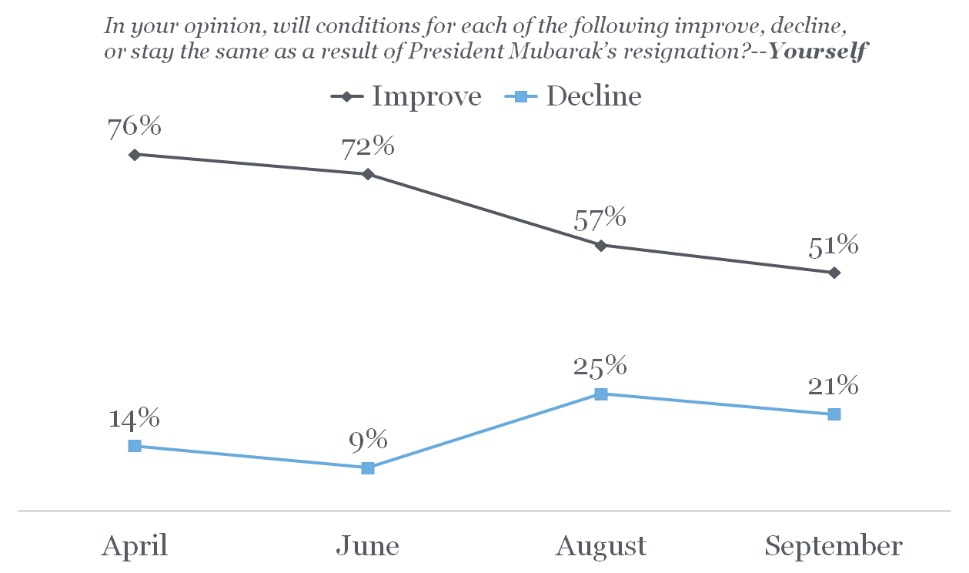 The lack of tangible improvement in many Egyptians’ everyday lives since Mubarak’s resignation has taken its toll. The once-robust majority who believed their lives would improve in post-Mubarak Egypt has shrunk since April. The growing number of revolution skeptics are less likely than those who expect life to improve after Mubarak’s ouster to have confidence in political institutions such as the judicial system, the national government, or in the honesty of elections.

Although, according to Gallup research, the poor were as likely as the rich to have demonstrated against Mubarak in the Jan. 25 uprising, those who expect life to get worse are significantly more likely to be poor, live in rural areas, and have a lower education. This group is also more likely to perceive the national economic situation and their personal economic situation as worsening generally, suggesting that they see neither political nor economic benefits from Mubarak’s ouster, and are likely the hardest hit by the country’s post-uprising economic downturn. 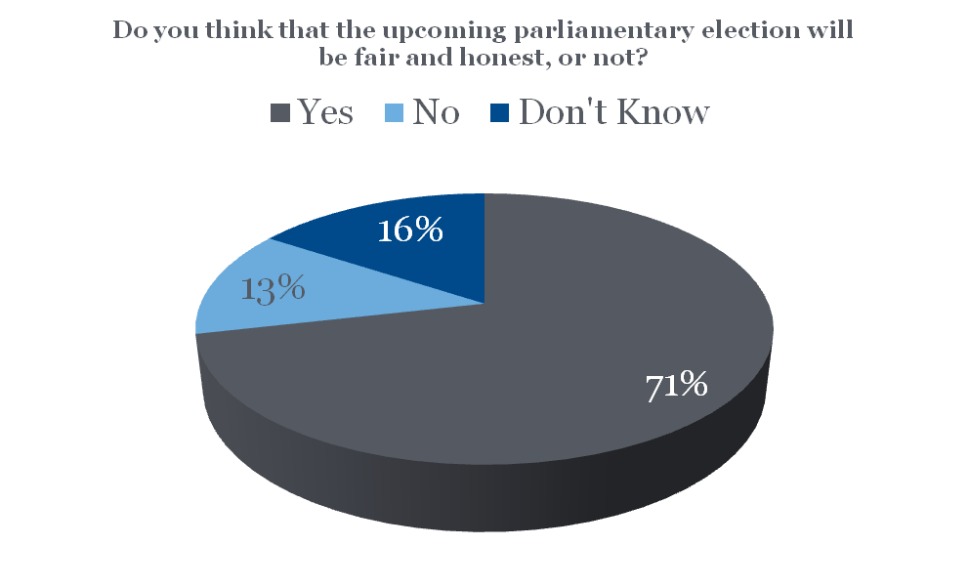 Most Egyptians continue to believe the elections will be fair and honest and 74 percent plan to participate — a far cry from the months before the uprising, when less than one-third had confidence in the fairness of the electoral system. Although faith in the honesty of elections has declined slightly since April amid political jousting over the electoral format and timetable, the enduring strength of the public’s trust suggests that unlike many activists who proclaim the current military leadership as no better than Mubarak, most Egyptians believe a great deal has improved in Egypt’s political reality since his ouster. 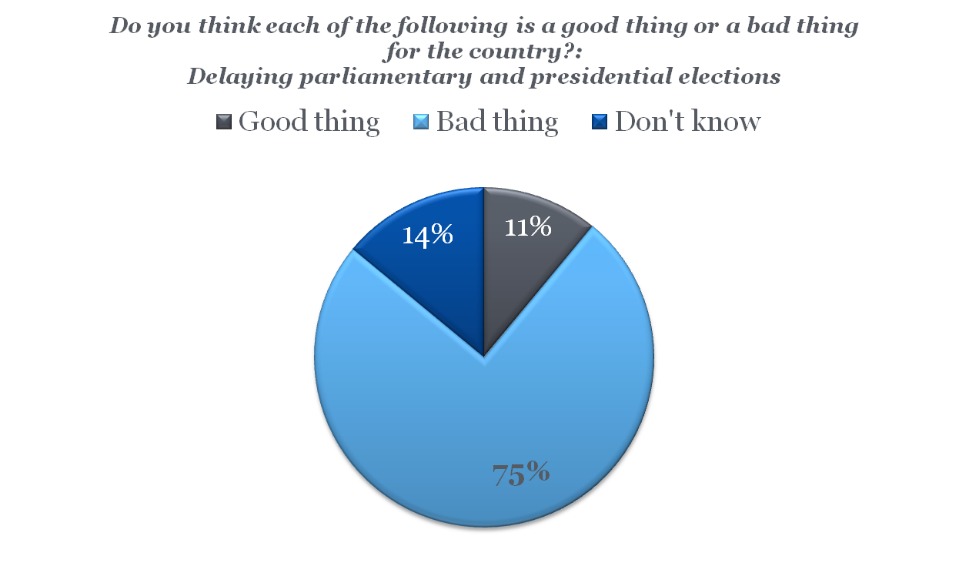 Most Egyptians want to speed up the transition period and return to normalcy. The vast majority in September saw delaying elections as a bad thing for the country, another important chasm between some protesters, many of whom have vowed to boycott the polls, and the majority of the public.

The main rationale for delaying elections comes from those who fear an Islamist-dominated transitional parliament, the government body in charge of pushing forward constitutional amendments for Egypt’s new political order. This view, however, shared by many in the West, is likely exaggerated. While the Muslim Brotherhood enjoy support from a significant segment of Egyptian society, more Egyptians see a parliament in which the group holds a strong, influential position as bad for the country. But the majority do not put their concern about a Muslim Brotherhood-dominated parliament before their desire for legitimate elections to replace the transitional government. 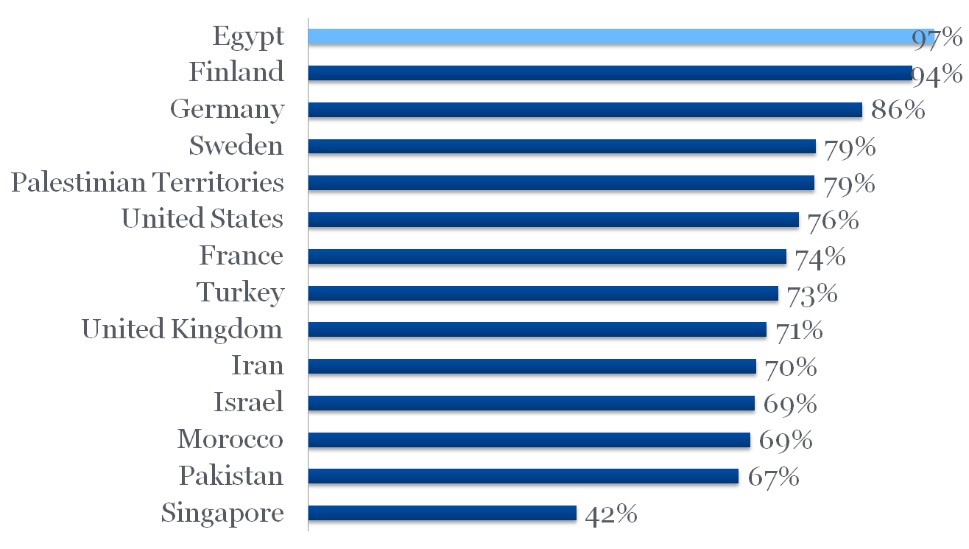 Egyptians are the most likely population in the world to unconditionally reject individual and military attacks on civilians.

With the public so averse to continued instability, it might seem that those protesting have little chance of winning public sympathy, giving SCAF carte blanche in how it chooses to end the sit in. Yet while Egyptians oppose ongoing protests, they reject attacks targeting civilians with even greater zeal. Egyptians are the most likely people of any country in the world to say the targeting and killing of civilians is never justified (97 percent). The initial attack on a few hundred people staging a sit-in in Tahrir Square, especially at the hands of not the army, but the much less popular Central Security Forces, may have temporarily tilted a public that was largely supportive of the military council toward the opposition. 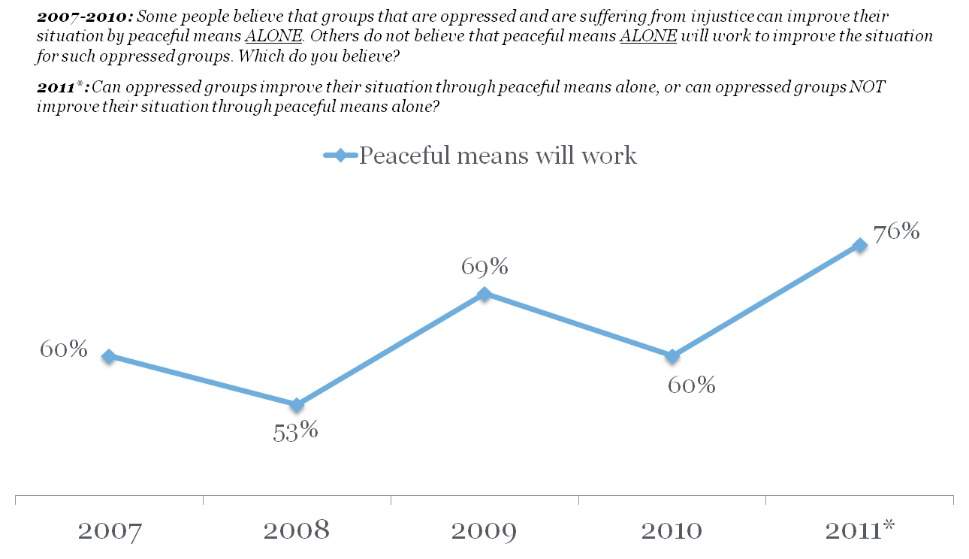 Not only do Egyptians reject civilian attacks on moral grounds, but most also believe peaceful means are effective for correcting injustice. During the five years that Gallup has been conducting surveys in the country, the majority of Egyptians have said they believe that peaceful means alone are sufficient to improve the circumstances of oppressed groups. With Mubarak’s ouster, Egyptians’ confidence in nonviolent means of change has surged. If the elections do not succeed in stopping the violence, or even exacerbate it, that may not only shake Egyptians’ faith in their military council, but in peaceful means of change — perhaps the greatest blow to Egypt’s revolution.