Best defense top 10s of 2011: Tom’s picks Over the break, I am running my 10 favorite Best Defense posts of the year. War Dogs is so popular it will get its own special day. I also will do a list of best 10 guest columns. Looking over the year’s columns, these are the ones ... 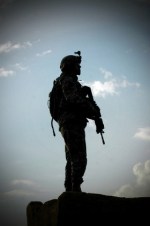 Over the break, I am running my 10 favorite Best Defense posts of the year. War Dogs is so popular it will get its own special day. I also will do a list of best 10 guest columns.

Looking over the year’s columns, these are the ones that for various reasons jumped out at me. It took a half a day to do this, mainly because the FP website loads so slooooooooowly. Someone needs to feed the squirrels inside the servers.

10.  Annals of sucky deployments. This was a favorite in part because it so seemed to capture the oddity of one soldier’s tour of duty, but also because I was surprised by the reaction to it.

9. The 19 things generals can’t say about the Afghan war that are true. Honestly, this was not one of my favorites of the year, but the response was so widespread that it deserves to be remembered. To my surprise, it was picked up by a variety of newspapers and run as a column.

8. Was JFK the worst president of the 20th century? On reflection, no, he wasn’t. But I do think he is the most over-rated.

7. The defense budget implosion series, this one about cutting retirement benefits.

6. The story of a purposely pro-Nazi unit in the U.S. Army during World War II. Just interesting weird stuff.

5.  Lt. Gen. Walter Ulmer on what a good unit feels like. This is a sentimental favorite because a friend of mine saw this quote and used it in a book about what makes a good school.

4. Getting blown up and then getting ticketed in Bagram. This just brings home the nature of our wars these days.

And still think so a bit later.

(But I still worry about the narrowness of his national security team. This is an unnecessary vulnerability.

2. I liked this one about the meaning of a World War II photograph because it is brings home the nature of this blog, in which the commenters and guest columnists contribute so much. To me, this post, and the 73 comments that follow, are what the Best Defense is all about.

1. There is more of my heart in this one than in just about anything else I’ve ever written. Susan Glasser, the impressive editor of Foreign Policy, asked me to write a summary of what I am thinking about Iraq right now. I thought, “I just did”—and thought of this column.

Thomas E. Ricks covered the U.S. military from 1991 to 2008 for the Wall Street Journal and then the Washington Post. He can be reached at ricksblogcomment@gmail.com. Twitter: @tomricks1
View
Comments
Tags: Military, Thumbs