What to get the serious gamer on your shopping list. 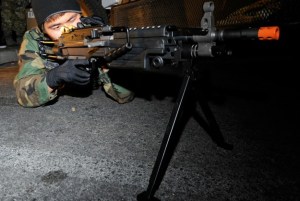 ‘Tis the season for video gamers, who can stroll into Best Buy and emerge with an armful of shoot-‘em-ups like Modern Warfare 3, which has already racked up over $1 billion in sales in its first few weeks.

But what about the wonks? What holiday treats await those who enjoy subtler games — those that illustrate the currents of history, illuminate the intricacies of politics, and explain why the world is and what it might be? Games that require thought and guile, and not just a quick wrist and a big bottle of caffeinated Mountain Dew.

Fear not, wonkdom. We at Foreign Policy believe that the holidays should be a celebration of the cerebral. So we offer seven games that will stimulate the mind, scratch that policymaking itch, and incidentally are pretty damn fun to play. Yes, we know that real wonks aren’t supposed to have fun. But we won’t tell anyone if you don’t.

1. Twilight Struggle. Instead of getting your wonk a tedious book, how about a game that plays like one? Twilight Struggle is a board game that recreates the Cold War. Using a deck of historical event cards like the Marshall Plan, the Cuban Missile Crisis, or Reagan’s Strategic Defense Initiative, the American and Soviet players strive to control key nations around the globe without escalating a cold war into a hot nuclear one. Fun, engaging — and a wistful look back at the days when we were threatened by nukes instead of nuts. 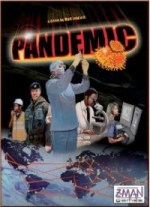 2. Pandemic. It takes a warped mind to turn bubonic plague into a board game. It takes a skilled game designer to make that game fun. Pandemic puts four players in the role of Centers for Disease Control scientists racing to save the human race from extinction. It’s a cooperative venture; either the humans team up to win or the viruses inherit the Earth (and more often than not, they do). A fascinating, tense game of ticking clocks, contagious diseases, and humans striving to stay one ahead of the germs, think of buying this game as a public service; if it doesn’t encourage your wonk to get a flu shot, nothing will. 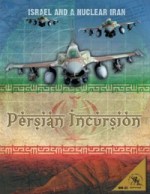 3. Persian Incursion. Is it a game or tomorrow’s headline? Persian Incursion simulates an Israeli strike on Iran’s nuclear facilities. We’ve covered this game in FP, and we can tell you that while it’s not the easiest game to learn, it’s a more intensive primer than any Pentagon briefing on the complexities and consequences of an Israel-Iran conflict. Just reading the background information in the game, including the exact dimensions and air defenses of every (known) Iranian nuclear site, is worth the price. So is setting up the pieces on the map, planning the Israeli raids, and realizing that trying to eliminate a nation’s nuclear infrastructure is not for the faint of heart.

4. War on Terror. Wonks need to laugh, even if they don’t know it. War on Terror is a satirical British board game, sort of like Monty Python meets the game of Risk. The players are empires fighting amongst themselves for dominance. When a player’s empire is destroyed, he becomes a terrorist. And the really cool part? He gets to wear the Balaclava of Evil included in the game. How do we know the balaclava is evil? Because it says so in big red letters. 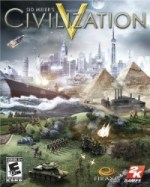 5. Civilization 5. When the first Civilization game debuted, the United States was fighting Iraqis — in the first Gulf War. Twenty years later, mankind has ascended to Civilization 5, which is progress, I suppose. Despite its age, the Civ series is still arguably the best overall empire-building game; not so simplistic that your wonk can’t delve into economic, diplomacy, and warfare, but not so detailed that he can’t finish it in his lifetime. And how many other games allow you to be atom-bombed by Pharaoh Rameses or beaten to the Moon by Napoleon? 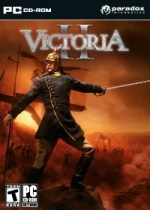 6. Victoria 2. When Civ 5 just won’t satisfy the urge to wonk out, there is Victoria 2, a much more detailed — and historically grounded — empire-builder set during the Age of Imperialism. Vicki 2 is a Swedish design that isn’t afraid to take a Marxist left turn into class consciousness, where the wrong choices on industrialization, immigration, and political reform can trigger a revolution. 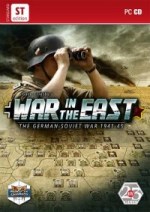 7. War in the East. This is for the armchair general side of wonkdom. I mean the really hard core, the type who goes ballistic when a game says the U.S. 3rd Armored Division had M4A3 Sherman tanks in 1944 when it really had M4A1s. But even the anal-retentive deserve a bit of fun, and War in the East delivers. It’s the entire Russian Front of 1941-45 on a divisional-level scale, plus aircraft, corps, and army commanders that you can promote or fire, and a supply and a command-and-control system that amply demonstrates what happens when tanks blitz forward and their fuel trucks don’t. If you know someone who yearns to see whether Hitler really could have captured Moscow in 1941, this is the game for them.