The Worst Predictions for 2011

From dictatorships to elections to the rapture, 2011 was another banner year for bone-headed prognosticators. 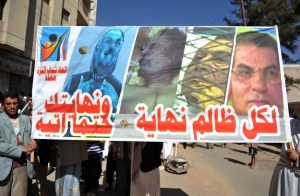 My people love me

“I am telling you that my response to your demands and your messages and your requests is my commitment that I will never go back on. I am determined to fulfill what I have promised you in all honesty, and I’m determined to execute and carry out what I have promised without going back to the past…. Egypt will remain until I deliver and surrender its — it to others.” – Former Egyptian President Hosni Mubarak, televised speech, Feb. 10, 2011.

“Move forward, challenge, pick up your weapons, go to the fight for liberating Libya inch by inch from the traitors and from NATO… The blood of martyrs is fuel for the battle…. The end of colonialism is near. The end of the rats (rebels) is near, as they flee.”  – Former Libyan Leader Muammar al-Qaddafi, audio broadcast, Aug. 15, 2011.

“I am not talking here on behalf of the Tunisians or the Egyptians. I am talking on behalf of the Syrians. It is something we always adopt. We have more difficult circumstances than most of the Arab countries but in spite of that Syria is stable. Why? Because you have to be very closely linked to the beliefs of the people. This is the core issue. When there is divergence between your policy and the people’s beliefs and interests, you will have this vacuum that creates disturbance.” – Bashar al-Assad, interview with the Wall Street Journal, Jan. 31, 2011.

It wasn’t a great year for dictatorial bombast. A day after his speech promising to fulfill his term and hand over power only when he was ready, Mubarak stepped down, reportedly under pressure from his own military. Libya’s rebels took Tripoli a little over a week after Qaddafi assured the “rats” that their end was near and the leader met his own bloody end on Oct. 20. (Qaddafi, at least, did fulfill his promise to die on Libyan soil rather than flee.) Assad may still be hanging on to power, but after months of protests and with his country on the brink of civil war, his assurances that Syria was insulated from the uprising seen elsewhere in the Arab world seem absurdly optimistic now. 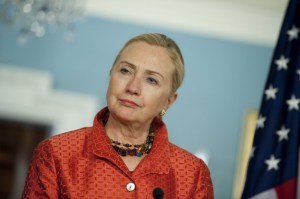 “Our assessment is that the Egyptian government is stable and is looking for ways to respond to the legitimate needs and interests of the Egyptian people.” – U.S. Secretary of State Hillary Clinton, news conference, Jan. 25, 2011.

Despite warning just two weeks earlier that the Mideast “region’s foundations are sinking into the sand,” Clinton still seemed confident that the Mubarak regime could get its act together. January 25, as it turns out was the date of the first massive protest in Tahrir Square. And we all know how that turned out. Stable? Not so much. 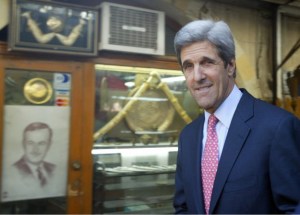 “[M]y judgment is that Syria will move; Syria will change, as it embraces a legitimate relationship with the United States and the West and economic opportunity that comes with it and the participation that comes with it,” – Sen. John Kerry, speech at the Carnegie Endowment for international Peace, March 16, 2011.

Demonstrations had already been going on for weeks when Kerry, who was Congress’s point man for engaging the Syrian regime and had met with Assad six times over the past two years, made this rosy assessment. The United States has repeatedly tightened sanctions on Syria over the course of this year in response to the regime’s brutal crackdowns, and Kerry told Foreign Policy‘s Josh Rogin in May that Assad is “obviously is not a reformer now.” But his vote of confidence in the spirit of governmental reform was a bit misplaced. 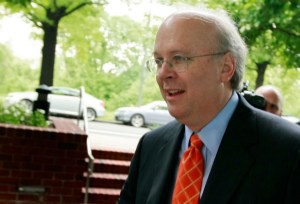 “I’m not much of a gambler, but I’d put a little more money that she gets in than if she doesn’t. You can only tease so many times in the political process, and I think she is getting to the end of that.” – Karl Rove on Sarah Palin, Fox News Sunday, Aug. 21, 2011.

The “boy genius” and political mastermind of the Bush administration was off his game this summer when he, along with much of the U.S. media, assumed that Palin’s extended publicity tour and frequent visits to Iowa were a prelude to a presidential run. The former Alaska governor and reality star announced that she wasn’t running on Oct. 5. 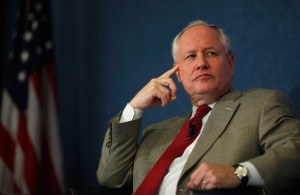 The return of Rudy

“I’m told by two reliable sources that Rudy Giuliani intends to run for the GOP nomination for president in 2012. He may throw his hat in the ring soon.” – William Kristol, blog post for the Weekly Standard, June 8, 2011.

Proven provider Kristol made this list back in 2008 when his crystal ball told him that “Barack Obama is not going to beat Hillary Clinton in a single Democratic primary.” He was similarly off point this year when his reliable sources told him that America’s mayor would attempt to improve on his disastrous 2008 campaign by committing “everything to New Hampshire, where he thinks he has a good shot at beating Romney.” The only presidential election where Giuliani has been a factor this year has been Peru’s — and he didn’t even back a winner in that one. 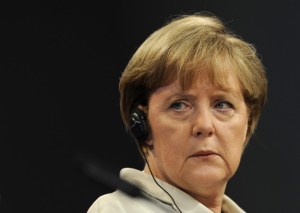 “I think it’s fair to say that our energy supply scheme will become the world’s most efficient and environmentally friendly…. The agreement will maintain affordable energy prices both for private consumers and businesses. Our aim is to further promote renewables, and we see nuclear and coal-fired power plants as an indispensible bridge towards this goal. This is a revolution in the energy production sector, no more, no less.” – German Chancellor Angela Merkel on her government’s plans to extend the life of Germany’s nuclear reactors, speech in Berlin, June 9, 2010.

Merkel defended her controversial plans to cancel a planned phase-out of the country’s nuclear plants on the grounds that it would eventually help Germany become a world leader in clean, renewable energy. But after this year’s Fukushima Daiichi nuclear disaster in Japan, she reversed her earlier reversal and put in place a plan to completely phase out nuclear power in Germany by 2022. Her justification? That it would make Germany a “trailblazer for a new age of renewable energy sources.” While it may not be quite clear what the trail ahead is on energy, Germany will definitely be blazing it. 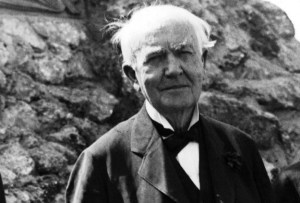 “We are already on the verge of discovering the secret of transmuting metals, which are all substantially the same in matter, though combined in different proportions. Before long it will be an easy matter to convert a truck load of iron bars into as many bars of virgin gold. In the magical days to come there is no reason why our great liners should not be of solid gold from stem to stern; why we should not ride in golden taxicabs, or substituted gold for steel in our drawing room suites. Only steel will be the more durable, and thus the cheaper in the long run.”- Thomas Edison on his predictions for the year 2011, Miami Metropolis, June 23, 1911.

From electric light to recorded music, we owe a lot of the futuristic vision of Edison, but judging by this interview in which he imagined life in the year 2011, he evidently wouldn’t have made much of a commodities trader. Or an alchemist. The price of gold — a material still so rare that the world’s entire supply in human history would only amount to a 60 foot cube — has increased nearly 7 times over the last 50 years. Edison also predicted in the same interview that in the future books would be printed on leaves of nickel “so light to hold that the reader can enjoy a small library in a single volume.” A proto-Kindle perhaps? 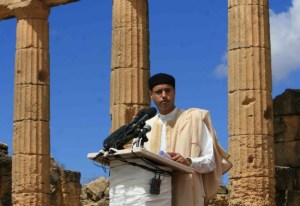 “Why go: To see North Africa’s best classical ruins and to explore the Sahara, by four-by-four or camel.

Why go now: The recent lifting of visa restrictions against Americans means that a door long shut is open again.” – Conde Naste Traveler on Libya, “The 15 Best Places to See Right Now,” April 2011

Conde Naste Traveler probably thought they were being daring by recommending Libya for “the finest Roman ruins outside Italy.” Unfortunately, perhaps a bit too daring. And ill-timed — this piece was one of many victims of the tyranny of print publication scheduling this year. By the time it hit newsstands, NATO had commenced airstrikes. (See also: Vogue‘s fawning profile of Syrian first lady Asma al-Assad.) 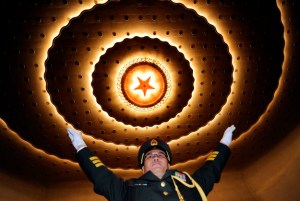 End of the Party

“What do you mean by ‘collapse’?

After the collapse there will be a new form of government and the Communist Party will no longer be in power. There will, of course, always be a China — but not one that is communist.

When will China collapse?

In 2001, Chang, an author and frequent TV commentator, scored a bestseller with this book predicting that once China joined the World Trade Organization, foreign competition would lead to economic and then political collapse. Chang thought collapse was possible by 2006 but definite by the end of 2011. Since 2001, China’s economy has grown by at least 8 percent every year with no serious political threats to Communist party rule. (Though there have been larger than normal protests in rural areas in 2011.) This year, Chang admitted that he had been off by a few months but he still believes that the collapse is “very close.” To be fair, given all the unexpected news of this year, he still has a couple weeks left to be proven right. 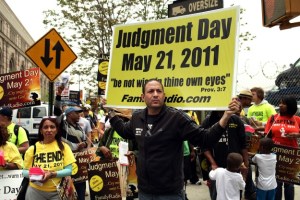 The end is here

“It won’t be spiritual on October 21st. The world is going to be destroyed all together, but it will be very quick.” – Harold Camping, radio broadcast, May 23.

California-based Christian radio evangelist Camping got global coverage this year for his confident and specific predictions for the rapture on both May 21 — he defended that one on the grounds that it had been “an invisible judgment day” — and Oct. 21. Thankfully, the world’s still here and Camping earned himself a place of honor on this list. If we’re still here this time next year, it’s the Mayans’ turn on the worst predictions list of shame.

Special thanks to Passport readers Samuel Wyer and Ziad Naboulsi for their suggestions.