Meet the weaker countries that will suffer from American decline. 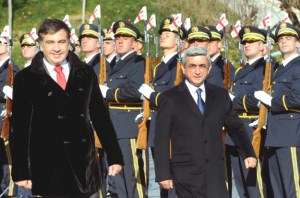 With the decline of America’s global preeminence, weaker countries will be more susceptible to the assertive influence of major regional powers. India and China are rising, Russia is increasingly imperially minded, and the Middle East is growing ever more unstable. The potential for regional conflict in the absence of an internationally active America is real. Get ready for a global reality characterized by the survival of the strongest.

American decline would leave this tiny Caucasian state vulnerable to Russian political intimidation and military aggression. The United States has provided Georgia with $3 billion in aid since 1991 — $1 billion of that since its 2008 war with Russia. America’s decline would put new limitations on U.S. capabilities, and could by itself stir Russian desires to reclaim its old sphere of influence. What’s more, once-and-future Russian President Vladimir Putin harbors an intense personal hatred toward Georgian President Mikheil Saakashvili.

At stake: Russian domination of the southern energy corridor to Europe, possibly leading to more pressure on Europe to accommodate Moscow’s political agenda; a domino effect on Azerbaijan. 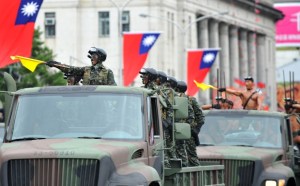 Since 1972, the United States has formally accepted the mainland’s “one China” formula while maintaining that neither side shall alter the status quo by force. Beijing, however, reserves the right to use force, which allows Washington to justify its continued arms sales to Taiwan. In recent years, Taiwan and China have been improving their relationship. America’s decline, however, would increase Taiwan’s vulnerability, leaving decision-makers in Taipei more susceptible to direct Chinese pressure and the sheer attraction of an economically successful China. That, at the least, could speed up the timetable for cross-strait reunification, but on unequal terms favoring the mainland.

At stake: Risk of a serious collision with China. 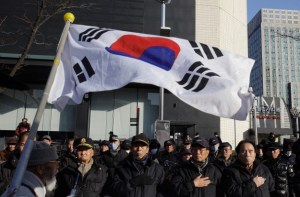 The United States has been the guarantor of South Korea’s security since it was attacked in 1950 by North Korea, with Soviet and Chinese collusion. Seoul’s remarkable economic takeoff and democratic political system testify to the success of U.S. engagement. Over the years, however, North Korea has staged a number of provocations against South Korea, ranging from assassinations of its cabinet members to the 2010 sinking of the South Korean warship Cheonan. So America’s decline would confront South Korea with painful choices: either accept Chinese regional dominance and further reliance on China to rein in the nuclear-armed North, or seek a much stronger, though historically unpopular, relationship with Japan out of shared democratic values and fear of aggression from Pyongyang and Beijing.

At stake: Military and economic security on the Korean Peninsula; a general crisis of confidence in Japan and South Korea regarding the reliability of existing American commitments. 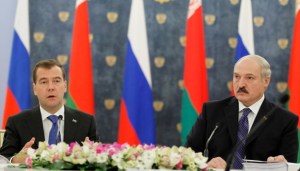 Twenty years after the fall of the Soviet Union, Europe’s last dictatorship remains politically and economically dependent on Russia. One-third of its exports go to Russia, on which it is almost entirely reliant for its energy needs. At the same time, President Aleksandr Lukashenko’s 17-year dictatorship has stood in the way of any meaningful relations with the West. Consequently, a marked American decline would give Russia a virtually risk-free opportunity to reabsorb Belarus.

At stake: The security of neighboring Baltic states, especially Latvia. 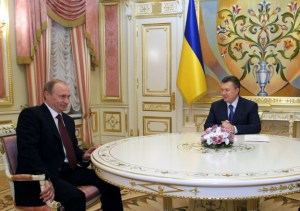 Kiev’s relationship with Moscow has been as prone to tension as its relationship with the West has been prone to indecision. In 2005, 2007, and 2009, Russia either threatened to or did stop oil and natural gas from flowing to Ukraine. More recently, President Viktor Yanukovych was pressured to extend Russia’s lease of a naval base at the Ukrainian Black Sea port of Sevastopol for another 25 years in exchange for preferential pricing of Russian energy deliveries to Ukraine. The Kremlin continues to press Ukraine to join a “common economic space” with Russia, while gradually stripping Ukraine of direct control over its major industrial assets through mergers and takeovers by Russian firms. With America in decline, Europe would be less willing and able to reach out and incorporate Ukraine into an expanding Western community, leaving Ukraine more vulnerable to Russian designs.

At stake: The renewal of Russian imperial ambitions. 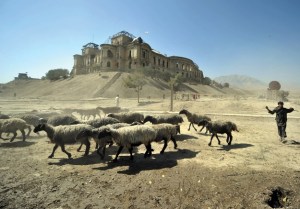 Devastated by nine years of brutal warfare waged by the Soviet Union, ignored by the West for a decade after the Soviet withdrawal, mismanaged by the medieval Taliban, and let down by 10 years of halfhearted U.S. military operations and sporadic economic assistance, Afghanistan is in shambles. With 40 percent unemployment and ranking 215th globally in per capita GDP, it has little economic output beyond its illegal narcotics trade. A rapid U.S. troop disengagement brought on by war fatigue or the early effects of American decline would most likely result in internal disintegration and an external power play among nearby states for influence in Afghanistan. In the absence of an effective, stable government in Kabul, the country would be dominated by rival warlords. Pakistan and India would more assertively compete for influence in Afghanistan — with Iran also probably involved.

At stake: The re-emergence of the Taliban; a proxy war between India and Pakistan; a haven for international terrorism. 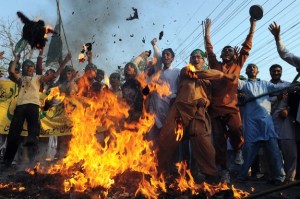 Although Islamabad is armed with 21st-century nuclear weapons and held together by a professional late 20th-century army, the majority of Pakistan is still pre-modern, rural, and largely defined by regional and tribal identities. Conflict with India defines Pakistan’s sense of national identity, while the forcible division of Kashmir sustains a shared and profound antipathy. Pakistan’s political instability is its greatest vulnerability, and a decline in U.S. power would reduce America’s ability to aid Pakistan’s consolidation and development. Pakistan could then transform into a state run by the military, a radical Islamic state, a state that combined both military and Islamic rule, or a “state” with no centralized government at all. 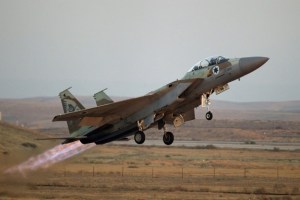 8. ISRAEL and the GREATER MIDDLE EAST

America’s decline would set in motion tectonic shifts undermining the political stability of the entire Middle East. All states in the region remain vulnerable to varying degrees of internal populist pressures, social unrest, and religious fundamentalism, as seen by the events of early 2011. If America’s decline were to occur with the Israeli-Palestinian conflict still unresolved, the failure to implement a mutually acceptable two-state solution would further inflame the region’s political atmosphere. Regional hostility to Israel would then intensify. Perceived American weakness would at some point tempt the more powerful states in the region, notably Iran or Israel, to preempt anticipated dangers. And jockeying for tactical advantage could precipitate eruptions by Hamas or Hezbollah, which could then escalate into wider and bloodier military encounters. Weak entities such as Lebanon and Palestine would pay an especially high price in civilian deaths. Even worse, such conflicts could rise to truly horrific levels through strikes and counterstrikes between Iran and Israel.

How Scared Should You Be of The Wuhan Coronavirus?

Washington’s War on Huawei Is Causing Angst in Madrid