Where to start your fast-track to running the world. 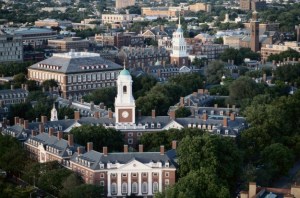 These rankings are part of the Teaching, Research, and International Policy (TRIP) survey, conducted by Paul C. Avey, Michael C. Desch, James D. Long, Daniel Maliniak, Susan Peterson, and Michael J. Tierney. All additional information provided was added by Foreign Policy and is not part of the survey results.

Student-faculty ratio: 7:1
Tuition: $39,849
Website: http://www.gov.harvard.edu/
Campus international relations organization: Harvard International Relations Council
Why go to Harvard? You get to rub elbows with some of the most prestigious academics in the world, from FP contributors like Joseph S. Nye and Stephen M. Walt to Harvey Mansfield. Not only is it the oldest center of higher education in the United States, Mr. Bartley’s — just across the street — cooks a mean hamburger. 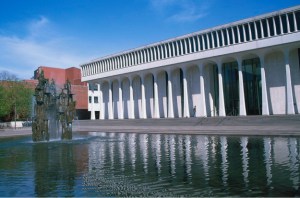 Why go to Princeton? President Woodrow Wilson’s convictions were forged in its halls, and the university’s tradition of impacting how the United States approaches foreign policy is carried on today by former Director of Policy Planning Anne-Marie Slaughter. It features a range of other outstanding thinkers on foreign policy, from G. John Ikenberry to former U.S. Ambassador to Israel Daniel Kurtzer. Bonus points: The hospital that appears in the opening credits of the hit TV show “House, M.D.” is actually Princeton’s University Medical Center. 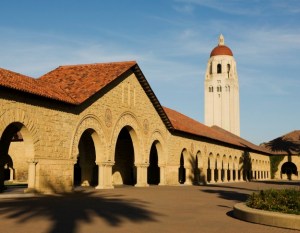 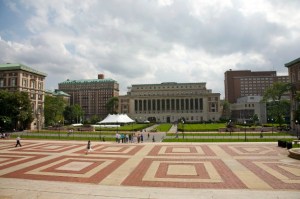 Why go to Columbia? The only way to get closer to the intellectual debate that animates the Israeli-Palestinian conflict is a 5,000-mile plane flight. The late Professor Edward Said’s intellectual home has long been the scene of contentious debates over the conflict — Norman Finkelstein and Alan Dershowitz are just two recent combatants. University President Lee Bollinger has also proven not to be someone to shy away from a fight, inviting Iran’s President Mahmoud Ahmadinejad in 2007 to address the university in free intellectual debate. Not everyone was convinced. 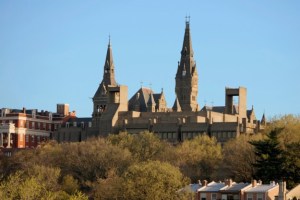 5. Georgetown University
Student-faculty ratio: 10:1
Tuition: $41,393
Website: http://sfs.georgetown.edu/
Campus international relations organization: Georgetown International Relations Club
Why go to Georgetown? In the nation’s capital, you get to learn at the feet of the men and women who don’t just theorize about international affairs — they practice it. From former Secretary of State Madeleine Albright to fresh-out-of-government former Deputy Assistant Secretary of Defense for the Middle East Colin Kahl, its faculty is full of professionals who know all about the hard work of translating theory into policy. If you imagine yourself as the next Bill Clinton, this is the place to meet thousands of other students who do too. 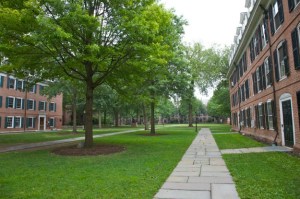 6. Yale University
Student-faculty ratio:  6:1
Tuition: $40,500
Website: http://www.yale.edu/
Campus international relations organization: Yale International Relations Association
Why go to Yale? Its foreign-policy student group has the top-ranked model U.N. team and a whopping operating budget of $250,000, which is uses to send its members across the globe during school breaks. When you’re not traveling to Singapore or Honduras, a faculty that includes famous thinkers such as Bruce Ackerman and Robert Dahl may also know a thing or two. 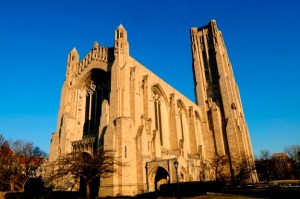 7. University of Chicago
Student-faculty ratio: 7:1
Tuition: $42,783
Website: http://cir.uchicago.edu/
Campus international relations organization: University of Chicago Model United Nations Team
Why go to the University of Chicago? If you have a grim fascination for understanding why the world economic system is in a state of collapse, this is the school for you. The University of Chicago’s Department of Economics has fielded more Nobel Prize laureates than any other university — a fact it is not, and should not be, shy about pointing out. FP contributors Robert Fogel and Raghuram Rajan will tell you why China is rising, why the global financial system is collapsing, and what we can do about it. 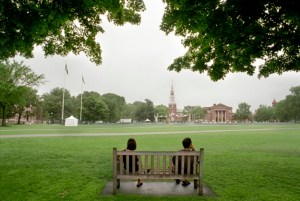 8. Dartmouth College
Student-faculty ratio: 8:1
Tuition: $42,996
Website: http://www.dartmouth.edu
Campus international relations organization: Dartmouth Model U.N. Conference
Why go to Dartmouth? If you’re looking for small-town New England charm and an Ivy League intellectual pedigree, it’s hard to do better than Dartmouth. The college is also home to experts who know all about closed regimes: There’s Libya expert par excellence Dirk Vandewalle and Jennifer Lind, who currently has her hands full trying to figure out what’s going on in Kim Jong Un’s North Korea. The school’s Greek life was also the inspiration for the antics in National Lampoon’s Animal House — so rest assured, you’ll have a good time. 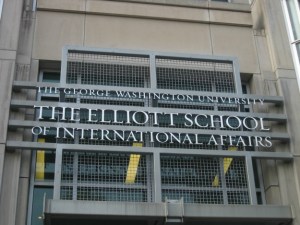 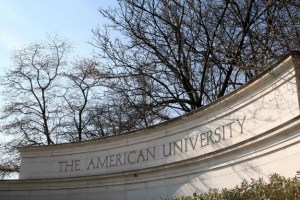 10. American University
Student-faculty ratio: 13:1
Tuition: $38,071
Website: http://www.american.edu
Campus international relations organization: American University International Politics Student Association
Why go to American University? Students here take their politics out of the classroom — since 2006, it has been named by Princeton Review as the most politically active university in the United States three times. It also has an active international presence, falling within the top 10 of all universities for number of students studying abroad and joining the Peace Corps.