The $100 billion Facebook juggernaut is going public. But remember Friendster and LiveJournal? They never died. They just fled overseas. 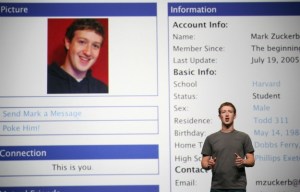 Social networking giant Facebook debuted on the stock exchange on Feb. 1with an initial public offering of $5 billion, a small fraction of the up to $100 billion the company is thought to be worth. With over 800 million users, Facebook is (at least in the English-speaking Internet) the undisputed king of social networking.

But the ascendance of the site Mark Zuckerberg launched only eight years ago in his Harvard dorm room was not guaranteed. It has vanquished a number of competitors along the way. Some, like Myspace, are fading into obscurity. Others, like Twitter, have settled comfortably into a more specialized role. But some of Facebook’s onetime foes have found an unlikely second wind in some unexpected places. Like aging American rock stars who can still pack the house in Kiev or Yokohama, the sites have attempted, with mixed success, to reinvent themselves for their new audience.

Founded two years before Facebook, Friendster was how many users first experienced social networking. Within months of its launch in 2003, the site attracted 3 million users and became the darling of the tech media.

But being first doesn’t necessarily mean best. Over the course of the decade, the site was eclipsed by the more user-friendly MySpace and Facebook. (Turning down a $30 million buyout offer from Google in 2003 wasn’t a great decision in retrospect.)

Luckily, the San Francisco-based site caught on in a major way with Asian-Americans in the Bay Area and then spread quickly to Southeast Asia. By 2008, the region was the source of 89 percent of Friendster’s traffic and was the most visited website in the Philippines and Indonesia. It was acquired by the Malaysian-based web payments company MOL Global in 2009 and is now headquartered in Kuala Lumpur.

Last year, the site shut down its original social networking format and relaunched as a gaming site aimed almost exclusively at the Southeast Asian market. Today’s Friendster is basically unrecognizable to the U.S. users who set up their first profiles in high school or college, but the new site does seem to be gaining in popularity.

A predecessor of both MySpace and Blogger, the social networking and blogging service LiveJournal was founded in 1999 by a University of Washington computer science student. The site quickly exploded in popularity due to its ease of use, and the “friending” function that soon became an inherent feature of social networking sites.

Though it’s fallen out of favor in the United States today, LiveJournal boasts almost 2 million active users worldwide (plus almost 33 million accounts that are no longer active) but the site remains wildly popular in Russia and Russian diaspora communities. With over 2 million users, LiveJournal is by far the most popular blogging platform in Russia. It was sold to Russian internet company SUP in 2009 and now — except for a handful of U.S. employees — operates from Moscow.

President Dmitry Medvedev is an avid LiveJournal user. So is leading dissident Alexey Navalny. Last year, the site suffered a massive denial-of-service attack that many believe was targeted at Navalny and other opposition leaders who use the site.

Popular in: Brazil and India

Before there was Google+, there was Orkut. The social networking site was developed by Google engineer Orkut Büyükkökten and launched in 2004 as a competitor to Friendster. (Yes, I know it sounds weird now.) The site, which differs from Facebook by making profiles viewable to all users and allowing members to rate their friends in categories like “cool” and “sexy,” never really made waves in the United States, but caught on massively in Brazil, and to a lesser extent India. Within months of its founding, Brazilian users outnumbered Americans four to one. Google moved all Orkut operations to Brazil in 2008.

Today, the site has over 60 million users worldwide. 60 percent of its traffic comes from Brazil with nearly 25 percent from India.

But the good times may soon be over. Last summer, Facebook overtook Orkut to become the most popular social networking site in India. Orkut is still the leader in Brazil but Zuckerberg’s unstoppable juggernaut is gaining fast and, according to some metrics, may already be more popular.

For now, Orkut is coexisting with Google+, but the company seems to be leaving its options open about merging the two services in the future.

While rarely mentioned in the same conversation as Facebook and MySpace, Hi5 was the world’s third most-popular social networking site in 2008, shortly after receiving $20 million in venture capital. The site was most successful in Spanish-speaking Latin America, leading its competitors in Peru, Colombia, and Central America, and a few seemingly random countries such as Mongolia, Romania, and Tunisia.

The site has focused its efforts on the Latin American market, but once again proved no match for Facebook, and rebranded as a gaming site in 2010. It was acquired last year by the U.S.-based social network Tagged. As of today, the majority of Hi5’s users are in Thailand. As Gawker put it in 2008, it truly is “the most international of all the social networks.” Which is not to say the most successful.

Founded by a British-American couple living in San Francisco in 2005, Bebo, which stands for “Blog Early, Blog Often” tried to position itself as a less crass, more creative alternative to MySpace and Facebook, with tight privacy controls and quirky features such as allowing users to draw pictures on each other’s profiles.

In the United States, the site is best known for what has been called “one of the worst deals ever made in the dotcom era” — its $850 million purchase by AOL in 2008. It was sold to a private equity firm for a fraction of that price two years later. (Of course, the sale was later eclipsed by even more dubious business decisions by AOL.)

But Bebo really hit its stride the British Isles. It was, for a time, Britain’s most popular social networking service and the most popular website of any kind in Ireland. But since its peak in 2007, Bebo has been trounced by Facebook, falling to .2 percent of British web traffic in 2010 compared to Facebook’s 6.2 percent.

On Jan. 30, 2012, the Bebo website went down — prompting users to speculate that the site had finally met its demise, with many taking to Twitter, ironically, to share memories of the site. It’s back up now, with a spokeperson blaming the outage on a “technical clusterfuck” and promising new products launched at its niche audience in Britain soon.