The Most Controversial Israeli Settlements

A tour of the region's most contested residences.

Hebron is the largest city in the West Bank, perched atop the Judean Hills in the very center of the territory's southern portion. The city is home to 165,000 Palestinians, as well as 500 Israeli settlers who have taken up residence in and around its old quarter since 1968. Hebron is the one West Bank city not transferred to Palestinian control under the Oslo Accords; a separate agreement signed in 1997 placed 120,000 Palestinians under full Palestinian Authority control, with the remainder staying under Israeli jurisdiction.

Hebron is the largest city in the West Bank, perched atop the Judean Hills in the very center of the territory’s southern portion. The city is home to 165,000 Palestinians, as well as 500 Israeli settlers who have taken up residence in and around its old quarter since 1968. Hebron is the one West Bank city not transferred to Palestinian control under the Oslo Accords; a separate agreement signed in 1997 placed 120,000 Palestinians under full Palestinian Authority control, with the remainder staying under Israeli jurisdiction.

Hebron is home to the Tomb of the Patriarchs, where tradition says Abraham, Isaac, Jacob, and their respective wives are buried. Like the city itself, it is divided down the middle. The tomb complex is the second holiest site in Judaism, but roughly half of it is consecrated for Muslim worship as the Ibrahimi Mosque.

Hebron has had a Jewish population for centuries, but British colonial authorities evacuated the entire community in the 1930s after Arab rioters killed 67 Jews and wounded dozens more. In 1968, settlers unilaterally reconstituted the city’s Jewish presence and ultimately received the backing of the Labor government of the time. Authorities went one better, establishing a town on Hebron’s outskirts called Kiryat Arba that now numbers 7,200 people.

Hebron is one of the most sensitive nodes of the Israeli-Palestinian conflict. In 1994, in the wake of the Oslo Accords, a Brooklyn-born Kiryat Arba resident named Baruch Goldstein opened fire on Muslims at prayer in Ibrahimi Mosque, killing 29 worshippers and wounding 125. 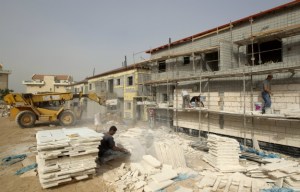 Unlike many settlements, Ariel was founded on a site with no particular Jewish historical or religious significance. Its origins were purely strategic: In the late 1970s, the government authorized the creation of an urban settlement in Samaria (the northern portion of the West Bank) opposite Israel’s main population center in and around Tel Aviv. Ariel’s purpose was to offset Israel’s slender waistline (10 miles across at its narrowest) and obstruct a Jordanian invasion route in any future war.

Ariel’s location, 11 miles east of the Green Line, makes it one of Israel’s most contentious settlements — both to the international community and to many Israelis. In 2010, 60 leading Israeli actors, writers, and directors signed a petition refusing to perform in Ariel’s new state-funded performing arts center.

Today, Ariel has a population of 17,600 — 7,000 of whom are immigrants who arrived in Israel over the last two decades in the exodus of Jews from the former Soviet Union. It is the most populous community in the so-called Ariel bloc, a 40,000-strong chain of 15 settlements (Karnei Shomron, Knesset member Michael Ben-Ari‘s home, is one of them). Israel views Ariel Bloc as one of five “consensus blocs” it will be able to retain even after a final agreement with the Palestinians. But records of Israeli-Palestinian negotiations leaked to Al Jazeera last year (the so-called Palestine Papers) showed the Palestinian Authority (PA) had refused to let Israel keep Ariel, even while agreeing to Israel’s annexation of three of the other “consensus blocs.” 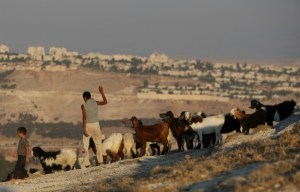 Maale Adumim is the other “consensus bloc” that, according to the Palestine Papers, PA negotiators refused to let remain in Israel. Palestinians say the settlement’s location — east of Jerusalem en route to the Dead Sea — cuts off the West Bank’s northern and southern portions from one another.

Maale Adumim, which today has a population of 39,000, began as an army outpost after Israel captured the West Bank in the 1967 Six-Day War. The site was occupied a few years later by settlers from the religious-Zionist Gush Emunim movement; in the late 1970s, it was authorized by Prime Minister Menachem Begin’s Likud government. Today, it is the West Bank’s third-largest settlement, drawing many secular Israelis attracted as much by its striking desert landscape as its housing prices. 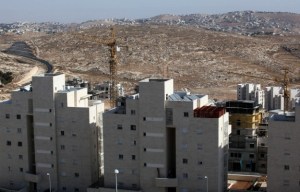 Har Homa is one of the five “ring neighborhoods” Israel built around Jerusalem after capturing the West Bank and East Jerusalem in the Six-Day War. Today, Israel draws a distinction between West Bank settlements and areas of Jerusalem built after 1967 — the Palestinian Authority does not. (The label “East Jerusalem” can be misleading. It is generally applied to any land beyond the meandering pre-1967 Green Line, even if it is actually north or south of Israeli West Jerusalem.)

The PA complains that Har Homa — whose population has grown to 13,000 — obstructs travel between East Jerusalem and Bethlehem. It was the only one of the ring neighborhoods that, according to the leaked memos, the Palestinians refused to let Israel keep. 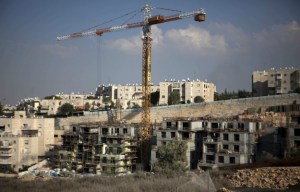 Another “ring neighborhood,” Gilo was established in 1973 on land southwest of downtown Jerusalem that Israel says was Jewish-owned prior to the 1948 war. Today, its population of 40,000 is a mix of secular, traditional, and ultra-Orthodox Israelis.

The Obama administration reacted to Israel’s 2009 decision to build new units in Gilo with “dismay” and was “disappointed” with a similar announcement last year. Israel maintains the new units would be built within Gilo’s existing limits and that the neighborhood will in all likelihood remain in Israel’s hands even after a final peace deal. The Palestine Papers showed the Palestinians willing to contemplate continued Israeli control over Gilo, even though they charge that like Har Homa, it compromises travel between East Jerusalem and Bethlehem.

Oren Kessler is a Tel Aviv-based writer and analyst, and the former deputy director for research at the Foundation for Defense of Democracies in Washington. His first book, “Fire Before Dawn: The First Palestinian Revolt and the Struggle for the Holy Land,” is forthcoming from Rowman & Littlefield.