The Things They Carried:The Israeli Settler

A peek inside the bag Knesset member Michael Ben-Ari schleps to work each day in Jerusalem. 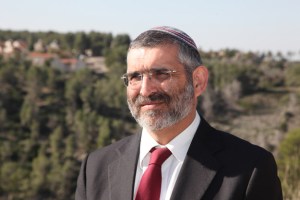 Michael Ben-Ari doesn’t look like someone on the front lines, but he is — in more ways than one. The far-right Israeli member of the Knesset was denied a visa to the United States in February because he was deemed to be a member of a terrorist organization — likely Kach, a banned political party that calls for the expulsion of Arabs from the biblical lands of Israel. The incident caused a diplomatic uproar, as Knesset Speaker Reuven Rivlin wrote a letter to U.S. Ambassador to Israel Dan Shapiro condemning the U.S. action as “unacceptable.”

A settler in the West Bank, Ben-Ari represents National Union, an alliance of national-religious parties that rejects the dismantling of the settlements and the creation of a Palestinian state. The 49-year-old former college lecturer lives in Karnei Shomron — a settlement of 6,500 people on a hilltop 30 miles northeast of Tel Aviv — with his wife and their eight children.

He is perhaps best known as a disciple of Meir Kahane, the American-Israeli ultranationalist rabbi who served four years in the Knesset until 1988, when Kach was banned for inciting racism. Two years later, an Arab gunman murdered Kahane in a New York hotel, but his creed lives on in Ben-Ari, the first avowed Kahanist to join the Knesset since the ban. Foreign Policy paid a visit to his settlement home to peek inside the black nylon bag he schleps to work each day in Jerusalem.

Clean shirt and tie: “My days are long — luckily, I have a shower in the office.” The label reads “Lord Fashion.”

Leftovers: Persian-style rice with carrots, raisins, and cranberries. “My kids all eat Persian food,” says Ben-Ari, who is of Iranian and Afghan descent. “This makes me feel connected to home.”

iPhone: “I have a problem with all this modernization” — Ben-Ari’s home has no TV — “but this thing won me over. One can’t go to war carrying just a sword.”

Tefillin, tallit: For morning prayers (tefellin are leather straps with boxes containing Torah scrolls; a tallit is a Jewish prayer shawl). “Before I interact with anyone else, I use these to connect to God.”

Wallet: Cash, credit cards, driver’s license, and a small siddur, or prayer book. On top is his Knesset ID — “the key to my office,” he says, “and, in a way, to every other door in the state of Israel.” 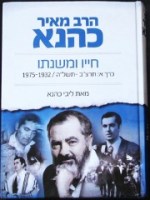 Book: The Hebrew edition of Rabbi Meir Kahane: His Life and Thought — Volume One: 1932-1975, by Kahane’s wife, Libby. Ben-Ari recalls Kahane as a “wise, courageous, and committed” teacher.

Pedometer: “Reminds me I need to walk at least 10,000 steps a day. Some days I use the Knesset gym, but only during the men-only hours.”

Car key: All Knesset members are given vehicles — Ben-Ari’s is a seven-seat Mazda5, almost roomy enough for the entire family.