Even by the hot-money standards of China’s economy, defense is an exceptionally lucrative growth industry. The country’s 11.2 percent defense budget increase announced March 4, which gives the People’s Liberation Army (PLA) $106 billion to spend in 2012, is merely the latest in a long succession of generous budget hikes that have doubled China’s military resources every six or seven years since the early 1990s.

This bonanza has produced many winners within China, from the average soldier to domestic defense contractors to ordinary citizens who feel China’s sense of pride being restored. Even President Hu Jintao will feel a little more secure in his command of the military after signing off this year’s $11 billion PLA pay raise.

Yet some beneficiaries of Beijing’s military largesse can be found far beyond China’s shores. Some are allies and suppliers that stand to gain directly from the trickle-down of PLA procurement and overseas operations. Others represent the counterbalance of governments wary of China’s military ascent. Here are just eight of the unintended passengers on Beijing’s defense budget escalator. 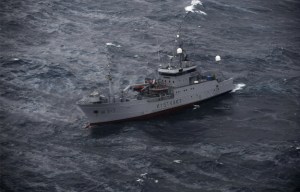 The South China Sea is not the only maritime territory that has been attracting Beijing’s attention: The Arctic, rich in untapped resources, is another oceanic region that China wants to exploit. However, China’s relations with Norway — one of the five countries with territorial interests in the far North, China not being one of them — have been rocky ever since the Norwegian Nobel Committee awarded the Nobel Peace Prize to Chinese dissident Liu Xiaobo. Yet far from intimidated by China’s overbearing response to the Nobel, Norway opted this year to block Chinese involvement in the Arctic Council, pushing Sino-Norwegian relations even further into the freezer. With Arctic Council members Canada and Denmark more supportive of China’s northern ambitions, Chinese naval ships could become increasingly active above the 66th parallel. For Norway, that is not a welcome prospect. The 14-ship fleet of the Norwegian Coast Guard, tasked with patrolling the Arctic, has been enjoying increased funding over the last few years in anticipation of tensions in the thawing North. That trend will continue as long as China continues to eye Norway’s backyard. 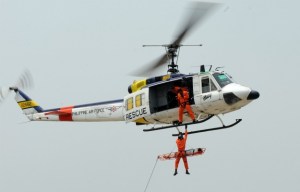 The Philippines has lacked an air-combat wing since it grounded its fleet of old F-5s in 2005. This year, however, should mark a turnaround in the fortunes of the Philippine Air Force as China’s expanding military reach has caused Manila to show the service some love. The Philippine defense and foreign secretaries will likely visit Washington next month for talks that could re-energize the U.S.-Philippine strategic relationship. At the top of their request list: a squadron of ex-U.S. Air Force F-16s to get their fighter pilots back in the air. The purchase of a small fleet of fighter trainer aircraft, from either Italy or South Korea, will also likely be fast-tracked in reaction to China’s activities. 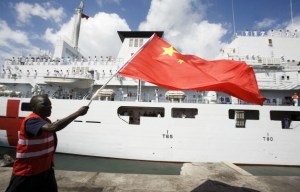 Slowly and cautiously, the PLA has been expanding its overseas operations. It has sent peacekeepers to numerous trouble spots, from East Timor to Haiti, over the past decade. Beijing has also been deploying anti-piracy patrols to the Gulf of Aden since 2008 and, most ambitiously, evacuated Chinese personnel from Libya in 2011. The next logical step in China’s military evolution is to establish a permanent overseas presence, a luxury the PLA Navy can now afford. The Indian Ocean republic of the Seychelles, which in December formally invited the Chinese military to use its seaports and main airport, looks set to play host to that first PLA outpost. The official Chinese position is that China is considering the offer, but the strategic importance of the Indian Ocean makes China’s refusal highly unlikely. U.S. and Indian objections that a remote base will mark an aggressive shift in China’s military posture will be dismissed on the grounds that the PLA Navy will be able to intensify its anti-piracy operations in the area. The increase in Chinese traffic and, more importantly, Beijing’s strategic favor will be a boon for the Seychelles’ economy. 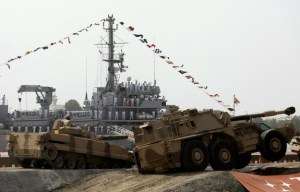 Not all Asian countries worry about China’s rise, but India seems the natural leader for those that do. Moving with relatively little fanfare into the slipstream of the United States and China’s big-power rivalry, India has been quietly developing into a tertiary Asian superpower. As China ramps up its military outlay, India’s defense diplomats will find that their job, especially in Southeast Asia, has never been so busy, with Myanmar, Malaysia, the Philippines, Vietnam, and others eager to draw on Indian military expertise. Sales of Indian weapons systems into Southeast Asia may soon follow as New Delhi moves to occupy the strategic space opened by regional disquiet over China’s military buildup. 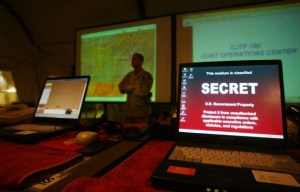 The Pentagon may be downsizing, but the United States can still respond to China’s budgetary increases by channeling extra funds to certain key areas — especially those where China challenges U.S. primacy. The PLA will devote a large and growing share of its $106 billion budget to cyber, a relatively new field of military operations in which it is arguably the world leader. As a result, the recently established U.S. Cyber Command can look forward to life as one of the few branches of the U.S. military that still has a growing bankroll. U.S. defense contractors that provide the U.S. government with cybersecurity solutions have identified cyber as a business area that can help compensate for the decline in other defense revenues. Only this week, one of the U.S. government’s main cybersecurity providers, Northrop Grumman, scored a $189 million contract to help shore up the computer systems of the Defense Department and the U.S. intelligence agencies. 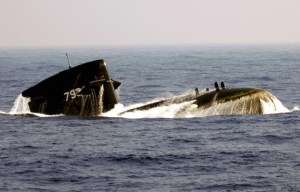 China’s announcement of its first $100 billion-plus defense budget could hardly have come at a more opportune moment for the Taiwanese Navy, which is lobbying hard for the Taipei government to greenlight an ambitious new submarine development program. Having finally abandoned any hope of Washington supplying the eight submarines that it agreed to sell Taiwan back in 2001, the Taiwanese Navy has now concluded that the island will have to build its own boats — most likely with German or Spanish technical assistance — if it is to have any hope of defending its territorial waters from the fast-improving PLA Navy. The program will be prohibitively expensive, but China’s decision to spend so much more on defense makes it a little easier for Taiwan’s military commanders to argue that they need to do the same. 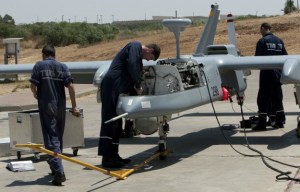 Most Asian countries with a notable defense industry are busy developing their own unmanned aerial vehicles (UAVs), especially those countries concerned about Chinese maritime incursions. China’s military advances, however, mean that some regional militaries will prefer to import foreign systems now rather than wait for their domestic suppliers to get their UAVs flying several years down the track.

Israeli defense contractors like IAI and Elbit, world leaders in this technology, are best placed to cash in on the likely explosion in Asian drone demand. The Israelis have already sold UAVs to India and Singapore, and with China’s double-digit budget hike providing the necessary catalyst, more Asian orders will follow. 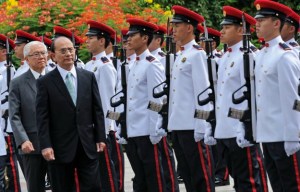 As Myanmar emerges from isolation, the country’s reformist president, Thein Sein, should find that regional fear of China’s growing military power greatly aids his attempts to convince the world that his ex-military junta is now packed with born-again democrats. Once seen as a compliant Chinese satellite, Myanmar has lately signaled that it wants to roll back Beijing’s influence. Beyond halting some significant Chinese-backed infrastructure projects, Thein Sein’s administration has also been reaching out to India, the United States, and other nations with a stake in a country that many regard as one of Asia’s strategic “crossroads.” Myanmar’s strategic value may therefore convince Washington and other governments to judge the country’s political reforms less harshly than they might have otherwise, for fear of driving Thein Sein back into China’s open arms.