Five Surprisingly Good Places to Be a Woman

We're always hearing about how swell it is in Sweden -- but how about Lesotho and Latvia? 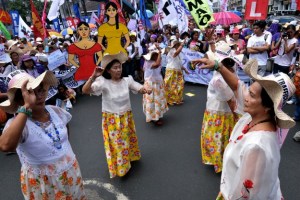 When we think about the best places in the world to be a woman, Northern Europe typically springs to mind. And, indeed, countries such as Finland, Iceland, Norway, and Sweden are perennial heavyweights in rankings of gender equality. Sweden, for goodness’ sake, offers women (fine, men too) 480 days of paid maternity leave — at 80 percent of salary — which can be taken at any point until the child is 8 years old. But the picture is more diverse than you might think. As the Independent recently pointed out, Rwanda is the only nation on the planet in which females make up the majority of parliamentarians, while Burundi is the only country where women have higher labor-force participation (92 percent of working-age females) than men (88 percent).

Yet the World Economic Forum (WEF)’s 2011 ranking of 135 countries by the economic, educational, health, and political gaps between men and women also surfaces a handful of nations that are doing surprisingly well when it comes to narrowing gender disparities. Here’s a look at five that jumped out to us.

Not only does the Philippines appear eighth overall on WEF’s list, but it ranks first in “educational attainment” and “health and survival” and was the only Asian country to close the gender gap in those categories in 2011. Just this week, the country’s Senate passed a bill aimed at ending gender discrimination in the workplace. A 2009 “Magna Carta of Women” promises that the state will “provide the necessary mechanisms to enforce and guarantee the realization of women’s rights.”

Childbearing, however, remains a contentious issue among Filipinos, 80 percent of whom are Catholics. Abortion is illegal, and access to contraception is not widespread. The World Bank estimates that 20 percent of Filipino women who want contraceptives can’t get them. 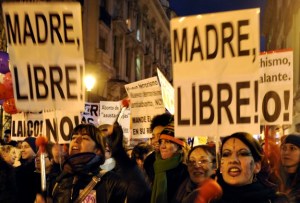 Seven out of WEF’s top 10 countries are in Europe, so perhaps it’s no surprise to see Spain in the 12th slot. What is surprising, however, are the rapid strides Spain has made in recent years to get to its current position. Back in the 1970s, after all, the Spanish government did not allow women to serve as witnesses in court or open bank accounts by themselves.

Former Prime Minister José Luis Rodríguez Zapatero, who governed from 2004 to 2011 and proudly proclaimed himself a feminist, made women’s rights one of the central concerns of his government. At the start of his second term in 2008, his cabinet featured nine women and eight men — making it the first government in Europe to be made up of a majority of women. But despite these impressive improvements, much work remains to be done: Spanish women still earn, on average, 30 percent less than men.

Lesotho actually scores better than South Africa in gender equality, boasting no gap between men and women in WEF’s education and health indicators. But while it may be more equal, Lesotho is also in much worse shape: Its annual per capita income hovers around $1,000, according to World Bank figures, about one-sixth that of South Africa. Meanwhile, life expectancy in Lesotho is only 47 years — a full five years less than its larger neighbor.

Latvia has its problems — it took some hard hits during the global financial crisis, for example — but it continues to boast a strong record on gender equality. As of 2010, women constituted 71 percent of the Baltic state’s university graduates, 50 percent of its Supreme Court judges, and 45 percent of those employed in its research and development sector. Latvia’s first female president, Vaira Vike-Freiberga, oversaw Latvia’s entrance into the European Union in 2004.

Latvia scores particularly high marks on education and health equality, but still suffers from significant income inequality between the genders. According to the World Bank, Latvian women make roughly 80 cents, on average, for every dollar that their male counterparts take home.

In 2011, Cuba finished 20th on WEF’s index, securing the top spot in Latin America and the Caribbean on the strength of its large proportion of women in the professional and technical workforce (60 percent of these workers are female) and parliament (43 percent), and high enrollment in primary, secondary, and tertiary education.

Yet there are some troubling realities behind the numbers. Cuba scholar Ilja Luciak has pointed out that there’s an inverse relationship between the power of Cuban political institutions and women’s presence in those organizations (the meek Cuban National Assembly, for instance, is 43 percent female, while the influential Central Committee and Politburo are less than 15 percent female). A 2009 Oxfam report noted that two cultural models are colliding in Cuba: “a machista or male chauvinist model, which discriminates against women and still persists in society today; and a new model that values women’s right to equal opportunity.”