When did Hollywood become Washington for good-looking people?

Between the Bieber and Gaga-fueled spread of the Kony 2012 campaign and George Clooney's arrest in Washington, celebrity activism seems to be the trending topic of the moment. Activists tend to grumble at celebrity do-gooders, but cable networks and politicians tend to focus on the world's undercovered hotspots more easily when there's a famous face to go along with a worthy cause. Here's a look at 10 stars who, for better or worse, are shaping the debate on global poverty and conflict. 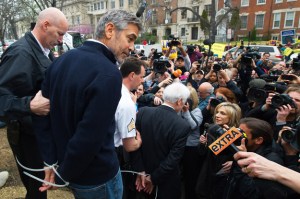 Between the Bieber and Gaga-fueled spread of the Kony 2012 campaign and George Clooney’s arrest in Washington, celebrity activism seems to be the trending topic of the moment. Activists tend to grumble at celebrity do-gooders, but cable networks and politicians tend to focus on the world’s undercovered hotspots more easily when there’s a famous face to go along with a worthy cause. Here’s a look at 10 stars who, for better or worse, are shaping the debate on global poverty and conflict.

Activities: In 2010, the actor helped found the Satellite Sentinel project to monitor human rights abuses in South Sudan. More recently, he traveled to Sudan to document violence in the Nuba mountains, where the Sudanese government is accused of blocking humanitarian assistance as part of an effort to crack down on separatists. Upon his return, he testified before the U.S. Congress, debriefed President Barack Obama and Secretary of State Hillary Clinton on his trip, and sat next to First Lady Michelle Obama at David Cameron’s State Dinner. On March 16, he was arrested along with his father at a protest outside the Sudanese embassy in Washington. 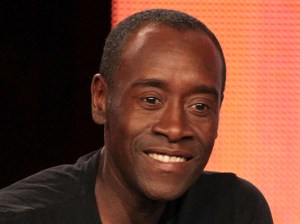 The Hotel Rwanda star has, for years, been associated with the Enough Project, which works to raise awarenesss of crimes against humanity, particularly in Sudan’s Darfur region. Cheadle toured Darfur with the group in 2005 and said the experience made it impossible to return to “my comfortable life and take stock in all the privileges … and do nothing.” In 2007, Cheadle co-wrote the book Not On Our Watch: The Mission to End Genocide in Darfur and Beyond with Enough founder John Prendergast. Along with Clooney, Cheadle was an outspoken advocate for South Sudanese independence. 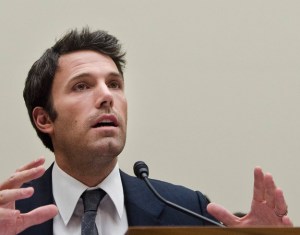 The Town star has traveled repeatedly to the restive Eastern region of the Democratic Republic of the Congo (DRC) since 2007 to raise money to help alleviate poverty in the region and raise awareness of its ongoing violence. He has brought along traveling companions including Cindy McCain and Microsoft cofounder Paul Allen in 2011. In 2010, he founded his own NGO, the Eastern Congo Initiative to raise funds for civil society-building projects in the region. He has testified before Congress on the issue of child soldiers and sexual assault in the region and urged the Obama administration to appoint a special envoy to the DRC. Affleck recently praised the Kony 2012 campaign for raising international awareness about the Lord’s Resistance Army (LRA), which has been active in Eastern Congo, but cautioned that “Westerners are not and will never be the ‘saviors’ of Africa.” 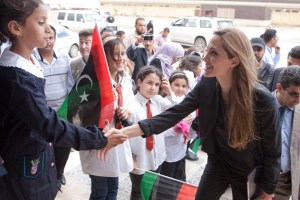 Cause: Children and war

Jolie says her interest in humanitarian work was first piqued in 2000, when she traveled to Cambodia to film Tomb Raider. The following year, she was appointed a goodwill ambassador by the U.N. High Commission for Refugees. Jolie is also a member of the Council on Foreign Relations, a perch she’s used to raise awareness of women in war. But Jolie’s advocacy has mostly focused on the impact of war on children. With her husband Brad Pitt, Jolie has also adopted children from Cambodia, Vietnam, and Ethiopia, and may be partly responsible for an uptick in international adoptions. 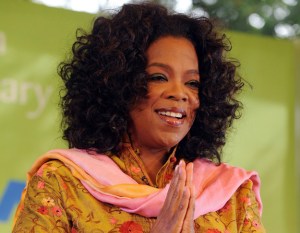 Cause: Education in Africa

The talk-show queen may have thought she had found a fairly controversy-free way to do good by funding a $40 million leadership academy for young women in South Africa, but the project has been dogged by controversy from the start. First, there were some who questioned whether Winfrey’s money could have helped more children if she hadn’t insisted on amenities like a yoga studio, beauty salon, and 200-thread-count sheets at the facility. Other scandals at the academy include sexual-assault allegations against one of the school matrons and the discovery of a dead newborn baby in the bag of one of the students. Winfrey has also been a high-profile supporter of Invisible Children’s Stop Kony campaign and has had the group’s founders on her show. 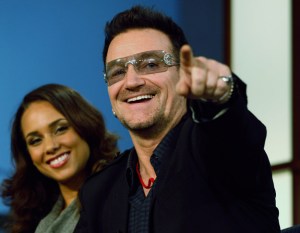 The one-named Irish rocker has become a virtual shorthand for showbusiness activism and was named the most politically effective celebrity of all time in 2011 by National Journal. He’s been particularly outspoken on the topic of Third World debt relief and foreign aid in Africa. He was at George W. Bush’s side in 2002 when the then president announced a $5 billion increase in aid to Africa. In 2006, he helped organized the Product Red campaign, in which companies like Apple and the Gap sold “Red”-branded goods to raise money for AIDS charities. Bono has also made a point of partnering with Christian evangelical groups on his humanitarian projects and was a speaker at one of Bush’s national prayer breakfasts. 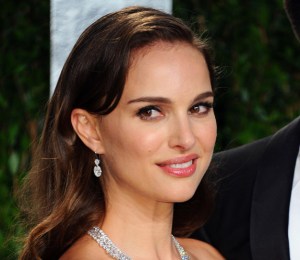 The Israeli-American starlet first took an interest in microfinance — the practice of giving small loans to developing world entrepreneurs, generally women — in her senior year at Harvard. Porman has become an evangelist for the concept, serving as a goodwill ambassador for the microfinance organization FINCA and co-chair of its Village Banking campaign, along with Jordan’s Queen Rania. She has also toured U.S. college campuses to promote microfinance. 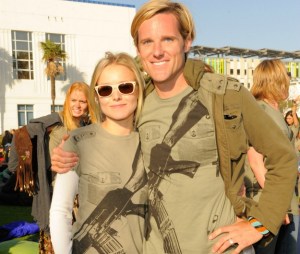 Bell and Gosling can rightfully claim to have been on the Stop Kony bandwagon before Invisible Children’s incredibly successful Kony 2012 viral video campaign made the African warlord a household name last week. Bell has been the controversial group’s most dedicated celebrity spokesperson and has lobbied Congress on its behalf and recorded videos promoting its message. A visualization of how the Kony 2012 meme spread throughout Twitter shows the Forgetting Sarah Marshall star has a surprising level of social media clout.

For his part, Gosling has traveled to Uganda, Congo, and Darfur and spoken out on behalf of Invisible Children and the Enough Project. But his efforts at advocacy filmmaking, including a scripted film on child soldiers and a documentary about a Darfuri refugee camp, have been less successful than his soaring Hollywood career. “They both failed. I’ve not done very well,” he told the Guardian last year. 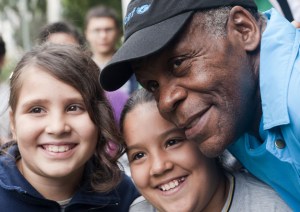 The actor and activist has served as a Goodwill ambassador for the United Nations Development Program and as UNICEF ambassador, and is chairman of the advocacy group TransAfrica Forum. Glover has courted controversy in the United States by meeting with Venezuelan President Hugo Chávez and with his fierce criticism of the World Bank and IMF. “I think the World Bank either has to be abolished or it has to change,” he said in an interview promoting the anti-globalization film Bamako. In 2011, Glover stepped into a statesman’s role when he traveled to South Africa to accompany exiled Haitian President Jean-Bertrand Aristide back to his home country. 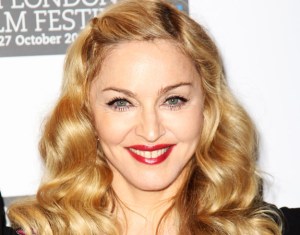 Cause: Children in Malawi

The Material Girl may have made a career out of courting controversy, but the kind attracted by her charity in Malawi hasn’t exactly been the welcome variety. In 2006, she founded Raising Malawi, a charity aimed at providing education and aid to Malawi’s children. The foundation has been criticized for squandering millions of dollars in donations on a school that was never built and attempting to evict people from their homes to build a school. The country’s government has declined to work with the singer on her foundation’s latest construction plan, with a spokeswoman saying “We now feel like this is all about propping up her global image and not in our interest.” Then of course, there was her protracted legal battle with the father of a child she wanted to adopt.

Of course, Madonna may have something to prove. Her ex-husband Sean Penn has earned international attention for his relief work in Haiti.