The 6 countries where everyone runs the other way when the tax man comes knocking.

On April 17, U.S. taxpayers will grudgingly send off their checks to the dreaded Internal Revenue Service. Whatever your political persuasion, it’s hard to think of a ritual more despised than the annual filling of the government’s coffers. And it’s not just in the United States where people complain. While the level of taxation is a topic of major political debate in nearly every country, the level of taxes that go unpaid gets far less attention.

The World Bank estimates the size of the global “shadow economy” — money intentionally hidden from view for the purposes of avoiding tax, including out and out tax fraud — amounts to more than 18 percent of global gross domestic product (GDP). A report by the British NGO Tax Justice Network (TJN) calculated that this amounts to more than $3 trillion in lost tax revenue per year. “It’s a crime against the people,” argues Richard Murphy, the accountant and economist who prepared the report, noting that tax evasion by wealthy individuals and corporations often shifts the burden of paying for public services or debt repayments to the poorest members of society.

Here’s a look at some of the most striking examples of tax evasion around the world. Unless otherwise indicated, all statistics are from TJN’s 2011 report, “The Cost of Tax Abuse“: 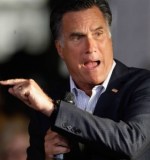 Though the size of its shadow economy is small by global standards (by way of comparison, rising power Brazil’s is a whopping 39 percent of GDP) in absolute terms the world’s largest economy is also the world’s biggest loser to tax evasion. At over $300 billion, the lost tax revenue from the U.S. shadow economy exceeds the total funding allocated for Medicaid in 2010. According to Murphy, lax regulation of corporations is the main culprit in the United States.

“How the U.S. regulates corporations is a massive problem. You [the United States] are creating so many corporations, you have no idea who owns them so you have no idea who should be taxed on them,” he says. “They come and go [from the country] for almost no expense. That is probably the biggest single opportunity for tax evasion in your economy but a blind eye is turned to it.”

The revelation that presidential candidate Mitt Romney has as much as $8 million invested in funds based in the Cayman Islands — a popular tax haven — has generated some publicity for the issue of offshore financial shelters, which are legal under U.S. law but often used to facilitate illegal tax evasion.

Bolivia is hardly a major player in the world economy, but the Andean nation has the unfortunate distinction of having the world’s largest shadow economy, by percentage of the total economy. According to TJN’s calculations, the shadow economy is 419 percent of total healthcare spending in South America’s poorest country.

President Evo Morales’s left-wing government has attempted to crack down on the rampant tax evasion by corporations in Bolivia. As tax revenues account for only 13.3 percent of the country’s GDP, Bolivia remains heavily dependent on loans from other countries and international agencies. It is working to pay down an external debt of more than $7 billion. Tax evasion is so rampant that even some government-run companies have been cited for cheating.

Tax evasion is serious business in Russia. According to one study, as many as 60 percent of Russian firms use so-called “spacemen” — short-term firms set up for the purposes of concealing assets — in order to avoid paying taxes. On average, the amount of taxes that Russian firms pay is equal to 40 percent of the taxes they do pay. These even include state-owned firms like the energy export monopoly Gazprom, which is estimated to have transferred more than $2 billion to “spacemen” in 2003-2004.

Unfortunately, on the occasions that the Russian government does try to crack down on tax evasion, it’s usually to make an example out of an oligarch who has fallen out of favor with the Kremlin, such as former Yukos Oil CEO Mikhail Khodorkovsky. In 2012, the Russian police took the unusual step of filing posthumous tax evasion charges against attorney Sergei Magnitsky, who died under suspicious circumstances in police custody in 2009 after testifying about official corruption in a massive government tax refund scheme.

Italy’s official numbers estimate the size of the shadow economy as much smaller than the World Bank does — about 17.5 percent of GDP — but even by that standard, the country has a major problem, losing an estimated $150 billion per year in undeclared revenues. The evasion can often by startlingly blatant — more than half of the boats over 35 feet in the country are registered to people with declared incomes of less than $26,000. In one town, 42 Ferrari owners were found to have declared incomes of less than $30,000. And with over 113,000 registered tax accountants in the country, cooking the books is [big business.

With the country facing an unprecedented debt crisis, the government is taking steps to increase the stigma surrounding tax evasion. These have included raids on yacht clubs, ski resorts, and luxury car owners. Even Argentinean soccer legend Diego Maradona isn’t safe — he’s facing charges that he owes more than $50 million in taxes from his time as a professional player in Italy.

Greek tax enforcement has traditionally been extremely lax and officials notoriously easy to bribe with fakelaki — small envelopes of cash. Since the onset of the country’s crippling debt crisis, however, officials have been cracking down. The government has published a list of 4,152 major tax dodgers, high-profile figures of the Greek business world have been arrested in public raids, and helicopters have even taken to the sky to spot swimming pools behind the houses of the allegedly poor.

TJN’s Murphy, however, has been unimpressed with the Greek government’s approach so far. “So far I think that what they’re doing is finding new ways to tax rather than tackling tax evasion,” he says. “We’ve seen Greece trying to tax electricity bills. It’s a bit like a poll tax. This is crude. It is perhaps essential at this precise moment, but it doesn’t really address the underlying cultural issue.”

Ireland’s shadow economy is relatively minor. But the recent public uproar over a new household tax may be a harbinger of things to come, as European nations and creditors attempt to impose harsh austerity measures upon formerly profligate countries. The Irish government this year levied a new tax of $130 per household intended to raise at least $212 million to help pay down the country’s debt burden. The tax provoked a major public uproar, including public demonstrations, and as of the March 31 deadline, the government acknowledged that around 50 percent of households had simply refused to pay the tax. (The leaders of the tax-dodge movement have been called “Tea Party socialists” for their left-wing opposition to taxation on individuals rather than corporations.) Murphy calls this development “absolutely unsurprising.”

“Ordinarily people are expected to bear the burden of debt repayment, a burden that in Ireland is just beyond imagination,” he says. He predicts more tax-boycotts like those in Ireland, and riots, like those in Greece, in the months to come. “I believe we’re coming to a tipping point,” he says.