The new politics of sex -- from Iran to India and 7 countries in between.

The Unexpected Beneficiaries of Sex-Selective Abortion

The increasingly prevalent practice of sex-selective abortion in several Asian countries — the product of modern medical techniques meeting ancient gender prejudices — is a rare issue that has managed to shock the consciences of Western religious conservatives and feminists. Its effects have been dramatic: According to India’s 2011 census, there were only 914 girls age 6 or younger for every 1,000 boys; in China, there were 118 males for every 100 females in 2010.

While most attention has focused on the millions of “missing women,” as Nobel laureate Amartya Sen famously called them, the effects of sex-selective abortion, particularly on the girls who are born, turns out not to be quite so simple. A 2011 study by economists from the Federal Reserve Bank of Chicago and Tel Aviv University found that areas of India where prenatal sex selection was more prevalent also saw lower rates of malnutrition among girls, particularly in rural areas. 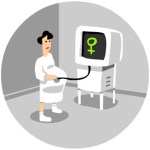 The reason: When no prenatal selection is taking place, families tend to continue having children until they have a boy. Due to ultrasound technology and abortion, families may have fewer girls, but those who are born are better fed.

This finding isn’t likely to convince anyone of the merits of sex-selective abortion. But it is nearly a truism in international development that greater female empowerment correlates with smaller family sizes. New census data also suggest that Indian women are enjoying greater literacy, better health care, and more workplace participation, which will hopefully reduce birth rates further in a way less closely tied to ugly prejudice.

In 2007, Iranian President Mahmoud Ahmadinejad famously proclaimed to an audience at Columbia University that “in Iran we don’t have homosexuals like in your country.” This is certainly not true, though the Iranian government does its best to make it so by meting out harsh punishments — homosexuality is a crime and can be punishable by death — and through its surprising policy of tolerating what is known as “sex-reassignment” surgery. 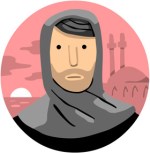 Sex-change operations have been legal in Iran for more than two decades, ever since Ayatollah Ruhollah Khomeini issued a fatwa authorizing them for “diagnosed transsexuals.” As of 2008, Iran carried out the second-highest number of sex-change operations of any country, after Thailand. Many procedures are undergone by young gay men who fear imprisonment or death if they persist in seeking same-sex relationships.

When it comes to homosexuality, “Islam has a cure for people suffering from this problem,” Hojatol Islam Muhammad Mehdi Kariminia, the cleric responsible for sex reassignment, told the BBC. He added that while homosexuals are doing something unnatural in violation of Islam, a sex change is no more sinful than “changing wheat to flour to bread.”

What’s the best way to stop the spread of HIV? Two recent studies conducted in Malawi — which has an 11 percent HIV prevalence rate in adults, one of the world’s highest — suggest that money speaks louder than words.

In one study, participants were given a small sum of money to learn their HIV status. Those who received the money were nearly twice as likely to get tested as those who did not. This makes a significant difference because sexually active, HIV-positive people who know their status are three times more likely to purchase condoms and thus prevent the further spread of the disease.

In another study, young women were randomly selected to receive monthly payments between $1 and $5. Those who received the money were half as likely to contract HIV as those who did not. The reasons were simple: The young women receiving the money were far more likely to go to school and avoid sex with older partners. The results suggest that this strategy may be even more effective than paying for sex education programs.

Paying people to engage in more responsible behavior may seem like dubious public policy. But consider the devastating toll AIDS has taken, especially in sub-Saharan Africa. Unsafe sex, it turns out, may be a problem you actually can throw money at.

Baby, You’re Much Too Fast

Anyone who has watched a James Dean movie or listened to a Prince song knows that young love and automobiles go together like rubber on road. But a report to Saudi Arabia’s legislative assembly in 2011 took things a bit far by arguing that allowing women to drive would constitute the “end of virginity.” 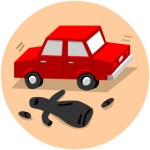 The “scientific” report by scholar Kamal Subhi made the case that allowing female drivers would immediately “provoke a surge in prostitution, pornography, homosexuality, and divorce.” Eventually, he warned, there would be a serious shortage of virgins in the kingdom. Subhi claimed that other Islamic countries where women have been allowed to drive have witnessed a major surge in immorality. (In other words, every other Islamic country.)

The report doesn’t make a lot of sense, but unlike some other anti-driving arguments offered up in Saudi Arabia — such as “driving is a hassle” for women who would prefer to hire chauffeurs anyway — it at least reveals what the country’s religious authorities truly fear.

Can Russia Build a Baby Boom?

In President Vladimir Putin’s view, the greatest threat facing Russia today isn’t nuclear confrontation, NATO encroachment, or a potential energy bubble. Russia’s most urgent problem, he said in a 2006 state-of-the-nation address, is a demographic crisis. Put simply, Russia is running out of Russians.

Due to low birth rates, high rates of abortion, and short male life spans, Russia’s population has fallen from around 149 million just after the Soviet Union’s breakup to 138 million today. The U.N. Population Division projects that by 2025, it could be as low as 127 million.

In an effort to reverse this decline, the Russian government has put forth a number of schemes, including offering cash rewards of more than $9,000 to women who have a second child. Putin pledged during his recent campaign to spend $53 billion on efforts to boost fertility.

In that spirit, the province of Ulyanovsk even launched an annual “Give Birth to a Patriot on Russia Day” contest, offering prizes such as refrigerators, TVs, washing machines, and cars to women who give birth on Russia’s national holiday. The governor set aside Sept. 12 — nine months earlier — as a special “family communication” holiday and encouraged businesses to give employees the day off. On Russia Day in 2008, maternity wards were overwhelmed with mothers laboring for the prizes.

Rise of the ‘Herbivores’

In recent years, both the Japanese and foreign media have been in a tizzy over Japan’s “herbivores” — young men less interested in sex, career status, and material wealth than their predecessors. Pop-culture columnist Maki Fukasawa coined the term in 2006 to describe a trend of young men dressing like Western metrosexuals and eschewing traditional masculine pursuits in favor of quaint hobbies — a cause of some fascination in the land where the hard-drinking salary man is a well-established cultural archetype. According to a 2009 poll, almost half of Japanese men between ages 20 and 34 identified as herbivores. 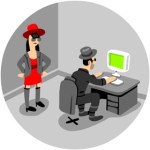 Fukasawa thinks the rise of herbivores will benefit Japanese society, and, indeed, the herbivore lifestyle seems to have largely emerged out of positive developments: the entry of more women into the workforce, changing gender attitudes, and less tolerance for alcoholism.

The problem is, a generation of young men who aren’t interested in acquiring material possessions or pursuing sexual relationships isn’t exactly a welcome development for a country with a slumping economy and one of the world’s lowest birth rates. Japan’s population is projected to fall from 127 million to 95 million by 2050. With one of the world’s highest elderly populations, that’s a demographic time bomb — hence all the panicked headlines about sensitive young men in skinny jeans.

With a tradition of fervent Catholicism and a culture of machismo, Latin America might seem like an unlikely mecca for gay travel. But in recent years, the region’s major destinations have been in a virtual arms race to get a slice of the lucrative gay tourist market.

In 2007, Buenos Aires opened Latin America’s first gay-themed luxury hotel. In 2010, Argentina legalized same-sex marriage, but the first couple married under the new law spent their honeymoon on an all-expenses-paid junket in Mexico City, thanks to that government’s effort to promote the Mexican capital as the No. 1 gay-friendly destination in Latin America.

But Mexico City still has a long way to go to catch up with laid-back Rio de Janeiro. In 2010, 25 percent of Rio’s tourists — around 880,000 people — were gay, according to the Guardian. Carlos Tufvesson, a fashion designer who leads the city’s special secretariat of diversity, was dismissive of other cities’ efforts, telling the newspaper, “Do we need to have gay restaurants? Gay food? Gay waiters? Here in Rio, my love, you can” kiss anywhere.

Under the watchful eye of leader Lee Kuan Yew, Singapore’s authoritarian capitalist government over the last several decades managed to turn social engineering into a science — highly regulating everything from housing to littering. Despite their best efforts, though, the city-state’s technocrats haven’t had as much success in cracking the code of love.

In 1983, Lee declared that too few of his country’s eligible women — those with careers and university degrees — were marrying and having children. This led to the creation the following year of the government’s Social Development Network, an agency devoted to helping Singaporeans find Mr. or Mrs. Right. 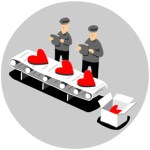 The agency’s website offers young singles advice on everything from hygiene to dating etiquette. (“Guys, girls notice everything!” it advises.) Through its Marriage Central Advisory Board, the agency holds events to train young adults in the art of romance, including a yearly series of “Real Love Works” workshops promoting marriage. Other state-sponsored events include dances, wine tastings, cooking courses, cruises, and romantic movie screenings.

Is any of this effective? Evidently not — Singapore’s marriage and birth rates have declined since the program was set up, and its birth rate now sits second to last in the world. Even the most competent of benevolent dictatorships can’t hurry love.

Pornography has been around for centuries and is unlikely to disappear anytime soon. Not that Chinese authorities won’t keep trying. If nothing else, the public’s demand for online pornography seems sure to keep government censors busy.

In 2010 alone, China shut down more than 60,000 pornographic websites and arrested nearly 5,000 people as part of a crackdown on online obscenity. With numerous overlapping agencies

addressing the problem, including the China Internet Illegal Information Reporting Center, the Harmful and Trash Information Reporting Center, and the Reporting Center of the National Office Against Pornographic and Illegal Publications, the government received more than 1.26 million tips about pornographic materials between December 2009 and December 2011, and it rewarded more than 2,000 informants with almost $1.5 million in prize money. But in the summer of 2010, tens of thousands of porn sites were suddenly unblocked, which some suspected was a way to distract attention from the anniversary of the Tiananmen Square crackdown. The Green Dam filtering system loaded on all personal computers sold in China was originally billed as an anti-pornography measure, but it often censors political content as well.

China seems to be something of a trendsetter in this: Indonesia has used its particularly draconian anti-porn laws to censor websites advocating for gay rights. The Turkish government instituted a web-filtering system intended to protect minors last year, but it also blocked evolutionary biologist and famed atheist Richard Dawkins’s website. The U.S. firm Blue Coat, which sells its filtering systems to Fortune 500 companies, admitted last year that Syria’s regime uses the firm’s technology to limit citizens’ access to the Internet.