The 10 TED Talks They Should Have Censored

Some ideas aren't worth spreading.

It's been a big week of news for TED (Technology, Education, Design) conferences -- and their self-organized TEDx offshoots. This week, TED sparked controversy over a talk on income inequality that organizers decided was too partisan to post online and made news (well, at least in these quarters) for the convening of TEDxMogadishu -- the conference's most extreme location yet.

Over the years, TED talks have been a showcase for dozens of enlightening and entertaining presentations. (These include some great talks by FP contributors like Paul Collier, Tyler Cowen, and Evgeny Morozov.) Since TED began sharing its 12ish-minute knowledge nuggets for free online, it has spawned a host of imitators and may have even changed the way people give and watch presentations. 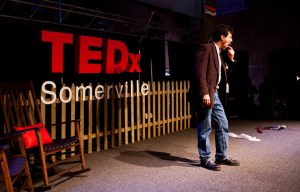 It’s been a big week of news for TED (Technology, Education, Design) conferences — and their self-organized TEDx offshoots. This week, TED sparked controversy over a talk on income inequality that organizers decided was too partisan to post online and made news (well, at least in these quarters) for the convening of TEDxMogadishu — the conference’s most extreme location yet.

Over the years, TED talks have been a showcase for dozens of enlightening and entertaining presentations. (These include some great talks by FP contributors like Paul Collier, Tyler Cowen, and Evgeny Morozov.) Since TED began sharing its 12ish-minute knowledge nuggets for free online, it has spawned a host of imitators and may have even changed the way people give and watch presentations.

On the other hand, critics also charge that “nerd Coachella” as often as not serves as an elitist self-aggrandizement opportunity for gimmick-peddling narcissists. In recent years, TED has also often seemed less like a salon for innovative thinking and more like a late-night infomercial or a self-help seminar. (Bringing in Tony Robbins to high-five Al Gore didn’t help.)

With all the fuss over TED’s self-censorship, we searched through hours of footage to find 10 talks the organizers really should have excised. From tearful hula-hooping in Marrakesh to Bill Gates unleashing bloodsucking insects on his audience, here’s the best of the worst:

Joe Smith: How to Use a Paper Towel

Joe Smith is a former district attorney and chair of Oregon’s Democratic Party. He’s also, according to his TED profile, “a powerful advocate for proper paper towel use.” In case you don’t feel like watching, the trick to drying your hands with only one square of paper towel is to shake your hands vigorously first and then fold the towel three times to allow for “interstitial suspension.” Or you can just keep wiping them on your pants.

Terry Moore: How to Tie Your Shoes

Smith, at least, had a conservationist message behind his paper-towel evangelism. Terry Moore just comes across as a nag. In case you’re wondering about Moore’s qualifications for giving shoe-tying lessons, he’s the director of the Radius Foundation, which “seeks new ways of exploring and understanding dissimilar conceptual systems or paradigms — scientific, religious, philosophical, and aesthetic — with the aim to find a world view of more complete insight and innovation.” And he can tie the heck out of a pair of sneakers.

“Musician, Film Maker, Dancer, Philosopher, Lover, Treehugger, Hoola Hoop Artist, 5 Element Yoga Teacher” Jana Pallaske begins her talk by tearing up after being introduced — in an intro she wrote herself. Then there’s some discussion in which she says “something in me” led her to speak at TED, followed by three minutes of hula-hooping accompanied by Led Zeppelin, and then what seems like a geriatric dance party. “I didn’t do this to impress anyone,” Pallaske says. Don’t worry, you haven’t.

TED talks often straddle the line between brilliant and insane. Jae Rhim Lee is concerned about what happens to the toxins in our bodies after we die. To address this, she’s collecting the hair, skin, and nails she sheds and feeding them to mushrooms. After she dies, the best-growing mushrooms will be buried with her in a special suit to consume her body. This seems like it would be difficult to implement on a mass scale, but Lee may also just be way ahead of her time.

Clifford Stoll on … Everything

I’d like to give the astronomer and computer scientist, Clifford Stoll, the benefit of the doubt and assume that the mad-scientist routine he’s doing here — complete with Christopher Lloyd hair — is some kind of ironic performance art. But he seems a bit too taken with his own genius and eccentricity for that. “Asking me to talk about the future is bizarre,” Stoll says. Given that back in the 1990s he famously mocked the notion that “we’ll soon buy books and newspapers straight over the Internet” and promised that “no online database will replace your daily newspaper,” I’m not sure anyone’s really counting on his prognostications at this point.

Dan Oshinsky: U2 and Breaking Through

Tech entrepreneur Dan Oshinsky really loves U2. In particular, he really loves the mediocre, crassly commercial, late-period U2. Taking the song “Elevation” as his inspiration, he leads a seriously bored-looking audience in a guitar-accompanied singalong (“This is a rock show, y’all!”) and then proceeds to explain that President Barack Obama has a cool iPad case and that “when you have passion, and passionate communities, amazing things can happen.” Very true, but it usually helps to also have a point.

And yes, Bono’s done a TED talk too.

This is basically a six-minute humblebrag in which Drew Dudley tells a story about how he once gave a girl a lollipop and convinced her to stay in college. You should embrace the leader inside too, so you can be equally awesome.

There’s an entire genre of TED talks consisting of avid video gamers and game designers taking themselves way too seriously. There’s Seth Priebatsch (who mentions that he’s a Princeton University dropout about eight times) and his efforts to build a “game layer on top of the world.” Or Jesse Schell‘s look at “when games invade real life.” David Perry asks, “Are games better than life?” (Answer: Depends on your life.)

But for pure bombast, it would be hard to top game designer Jane McGonigal, who boldly declares to a snickering audience, “If we want to solve problems like hunger, poverty, climate change, global conflict, obesity, I believe that we need to aspire to play games online for at least 21 billion hours a week by the end of the next decade.”

David Pogue on the Music Wars

Ever wish you could get your asinine technology jokes in song form? Me neither, but evidently David Pogue — the influential New York Times technology critic and former Broadway conductor — thinks otherwise. At TED2007, Pogue busted out a medley of song parodies that “Weird Al” Yankovic would probably find a bit corny, including Sonny and Cher (“I’ve Got YouTube”) and the Village People (“RIAA”). It only gets more painful as it goes on and it becomes clear that no one in the audience is laughing.

Evidently, the song parodies are part of Pogue’s traveling road show. Check out “Apps!… I did it again” — if you dare.

Ineffective use of props can often be the downfall of an otherwise effective presentation. Bill Gates obviously has a lot to be proud of in his work on malaria eradication and quite a bit to say about the subject. Unfortunately, the only thing his 2009 TED talk on the subject will be remembered for is “that time Bill Gates released a swarm of live mosquitoes in a room full of people.”

Gates’s explanation for the stunt — “Not only poor people should have to experience this” — is logically flawed. Rich people get stung by mosquitoes too, just not ones carrying malaria and generally not when some billionaire decides they need to be taught a lesson. Stick to PowerPoint next time, Bill.

NEW FOR SUBSCRIBERS: Want to read more on this topic or region? Click + to receive email alerts when new stories are published on Economics, North America

Why Governments Go Off the Rails

How is President Joe Biden’s White House staving off the current economic crisis? What has been the impact of U.S. sanctions on the Russian economy, and how can the United States do more t...Show moreo impact Russia’s plans in its war? What strategies are in place to get inflation down, and when will the global economy feel the effects of the White House’s plans?   The U.S. Treasury’s No. 2 official, Wally Adeyemo, joined Ravi Agrawal on FP Live to discuss the current challenges to the world economy, the impact of the war in Ukraine, and much else.

The new British government is an economic disaster—and a symbol of a global political crisis.