What would happen if you took Mitt Romney's foreign-policy promises extremely literally?

Just for fun, however, what if all those campaign words did matter? What if President Romney had to implement every foreign policy campaign promise he's ever made in every foreign-policy white paper, op-ed, campaign statement, or random utterance that came from his campaign? What would the first year of a Romney presidency look like when it met the real world? 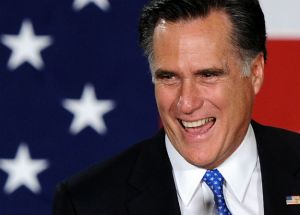 Just for fun, however, what if all those campaign words did matter? What if President Romney had to implement every foreign policy campaign promise he’s ever made in every foreign-policy white paper, op-ed, campaign statement, or random utterance that came from his campaign? What would the first year of a Romney presidency look like when it met the real world?

The editors of Foreign Policy thought that would be a fun little thought experiment, and they’ve been keenly aware that I have paid close attention to Romney’s foreign policy musings. So, at their request, here’s what the first year of a Romney administration would look like for world affairs. 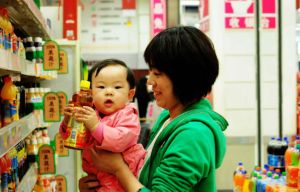 DAY 1: The first day of a Romney presidency brings two major shifts in foreign policy. First, Romney announces that he has “designated [China] as a currency manipulator” and demands that China play by the trade rules. Second, he reinstates the Mexico City policy. Combining these two policies, he also “cut[s] off funding for the United Nations Population Fund, which supports China’s barbaric One Child Policy.”

The effect: Labeling China as a currency manipulator means the United States must bring the issue to the International Monetary Fund. Given how the IMF has handled past accusations of Chinese currency manipulation this means that … nothing will change. The Mexico City policy will shift the strategies of various development NGOs, echoing what happened when George W. Bush became president in 2001. Yawn. 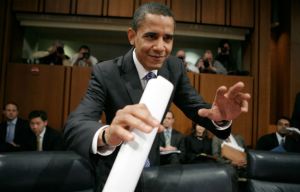 DAY 30: In his first State of the Union address, President Romney unveils his first set of defense proposals. He pledges to “reverse Obama-era military cuts” and announces his policy of ensuring that “core defense spending” will never fall below “a floor of 4 percent of GDP.” The pace of shipbuilding will also be accelerated to “increase the naval shipbuilding rate from nine per year to approximately 15 per year” and no carriers will be mothballed.

The effect: With likely GOP majorities in both houses of Congress, and numerous Democrats unwilling to look soft on national security, President Romney is easily able to pass a new National Defense Authorization Act that incorporates the new defense buildup. To offset costs, the “bloated” civilian bureaucracies in the Pentagon are severely cut, drastically reducing oversight on procurement-related matters. 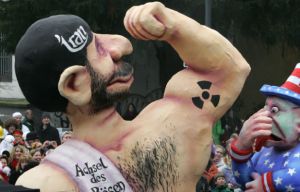 DAY 60: With his cabinet fully in place, President Romney can now focus on some of his major foreign-policy priorities, like preventing Iran from acquiring nukes. As a candidate, Romney pledged to implement “a fifth round of sanctions targeted at the financial resources that underpin the Iranian regime and its Revolutionary Guard Corps.”

The effect: Minimal. Congress will be eager to impose such sanctions, but the really crippling ones — on Iran’s oil exports — were imposed by the European Union in the summer of 2012.

DAY 100: This is a big day for the Romney administration’s foreign policy. According to its campaign white paper, the administration by this day will have restored America’s naval capability, strengthened and repaired all relationships with major allies, committed to a robust national missile-defense system, launched an economic opportunity initiative for Latin America, and ordered an interagency initiative on cybersecurity. All of that is peanuts, however, next to the fact that by this day, Romney’s “full interagency review of our military and assistance presence in Afghanistan” will have been completed. Which means we will now know what the Romney administration’s Af-Pak policy will be! 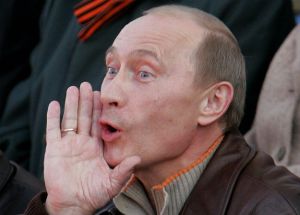 DAY 150: By this point, Romney’s pledge to “review the implementation of the New START treaty” with Russia, our No. 1 geopolitical foe, will have been completed. So far, implementation seems to be going OK, but one can only guess at how the Russians will handle a president Romney trying to wean Europe from the grip of energy dependence on Moscow (not to mention how the Kremlin will respond to his calls to get tough on Iran and Syria).

The effect: Minimal. Even if Romney dislikes New START, it’s just as likely that the United States withdraws from this treaty as President Obama withdrawing from NAFTA. Not gonna happen. 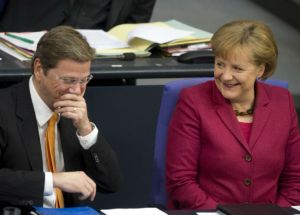 DAY 200: The 2013 summit in St. Petersburg creates some ticklish problems for the Romney administration. Beyond the pain of visiting America’s top geopolitical foe, candidate Romney called for the publication of all exchanges between heads of state during the campaign. Romney therefore proposes that the entirety of the G-20 heads of state summit be recorded, with a transcript made available to the press for greater transparency.

The effect: Romney scores the biggest laugh in the history of the G-20 summits, thereby breaking the ice with other world leaders. 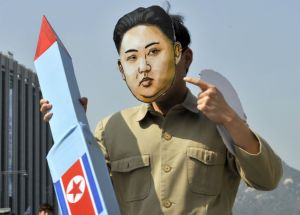 DAY 250: In the run-up to Romney’s first East Asian trip, his administration updates the “pivot” with three new initiatives. First, as part of his pledge to coordinate closely with Taiwan on that country’s defense needs “with adequate aircraft and other military platforms,” the United States agrees to sell F-16 fighter jets to the Republic of China. Second, Romney proposes renaming the Trans-Pacific Partnership the “Asia-Pacific Reagan Economic Zone.” Third, Romney says his envoys would “persuade China to commit to North Korea’s disarmament” by “demonstrat[ing] to the Chinese that they should join the coordinated effort or be left behind as a regional counter-proliferation partner.”

The effect: These combined moves provoke a very strong Chinese response. Beijing blasts the arms sales and accuses the Romney administration of intruding into matters of exclusive Chinese sovereignty. In response, the PLA Navy aggressively expands its operations in the South China Sea to put pressure on U.S. allies in the region. China further rejects the offer to join a Reagan Economic Zone. On the other hand, China is quite taken with the Romney administration’s efforts to persuade Beijing that, after more than a half-century of backing North Korea and enduring almost two decades of American harangues, it is now in its best interests to pressure North Korea. Hah — just kidding!! Romney’s efforts at persuasion bear no fruit.