Does the Pentagon have the right weapons to fight off an alien invasion? 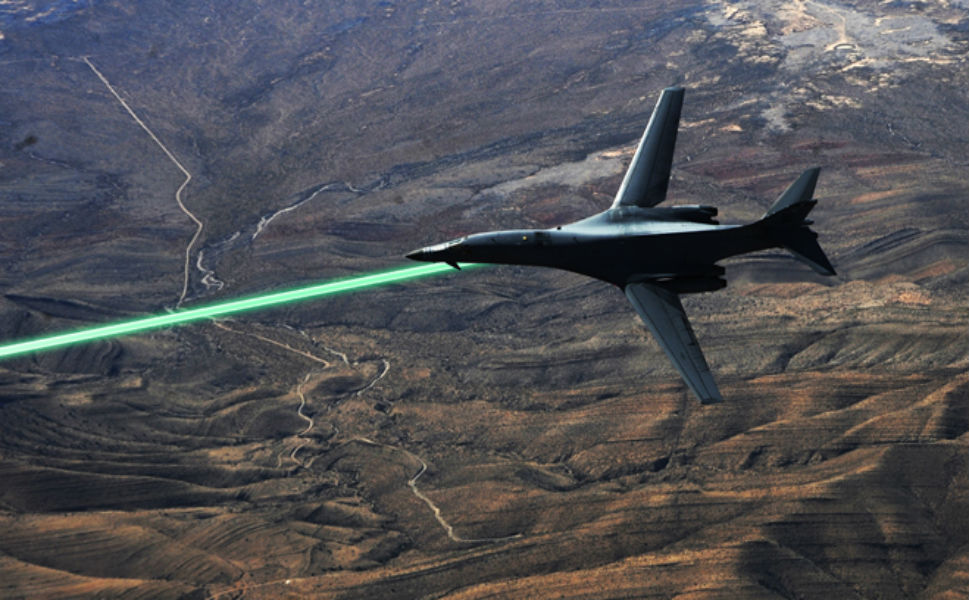 As summer blockbuster season kicks into high gear, big-budget action movies like The Avengers, Battleship, and Prometheus remind us that there’s one thing that unites Americans: Our shared fear of an alien attack. They also remind us that when the invading space fleet arrives, humanity is not going to surrender without a fight to our intergalactic invaders. Instead, we will band together to fight off their incredibly advanced weaponry with our … well, with what, exactly? Are we really ready to battle our would-be alien overlords?

Luckily, the Pentagon’s Defense Advanced Research Projects Agency, better known as DARPA, as well as some of the world’s largest weapons manufacturers, are dreaming up the weapons of the future today. With the help of everything from lasers on jets to hypersonic planes to invisibility cloaks, we just might be able to make the battle for Earth a fair fight. You may think we’re joking, but why else would NASA be uploading The Avengers to the International Space Station if not as a training manual? Here’s a look at some of the most space-worthy inventions being cooked up now.

The official title sounds rather subdued, but don’t be fooled — this is an awesome laser beam. Currently in development at DARPA, these advanced lasers are being pursued because of their ability to “harness the speed and power of light to counter multiple threats.” Weapons-grade lasers are actually a reality now, but are too big to be of use in an actual fight. DARPA, however, hopes to unveil a 150-kilowatt weapon that’s light enough to attach to a fighter jet. Those will come in handy when the first sally of flying saucers emerges from the mothership. 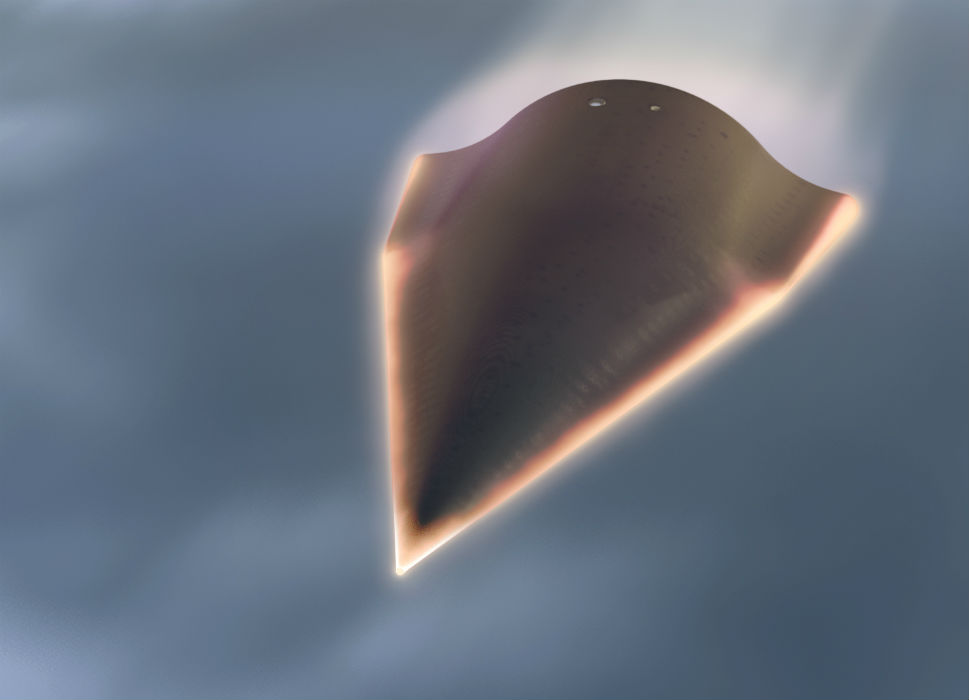 As students of the battle of Yavin can attest, sometimes the fate of the universe comes down to a few hotshot fliers. But it’s not just piloting skill that will be needed to take down our interspace combatants. We’ll need some pretty high-tech jets to repel an alien fleet, and the Falcon HTV-2 sounds just about perfect. Take a moment to appreciate these statistics from DARPA:

Falcon HTV-2 is an unmanned, rocket-launched, maneuverable aircraft that glides through the Earth’s atmosphere at incredibly fast speeds-Mach 20 (approximately 13,000 miles per hour).  At HTV-2 speeds, flight time between New York City and Los Angeles would be less than 12 minutes. The HTV-2 vehicle is a ‘data truck’ with numerous sensors that collect data in an uncertain operating envelope.”

Amazing! How did the designers get such an incredible plane to work? Well, they didn’t — not yet, anyway. The most recent test flight, in August of last year, ended when the military lost contact with the plane after 36 minutes. It was later reported that the HTV-2 literally flew out of its skin. 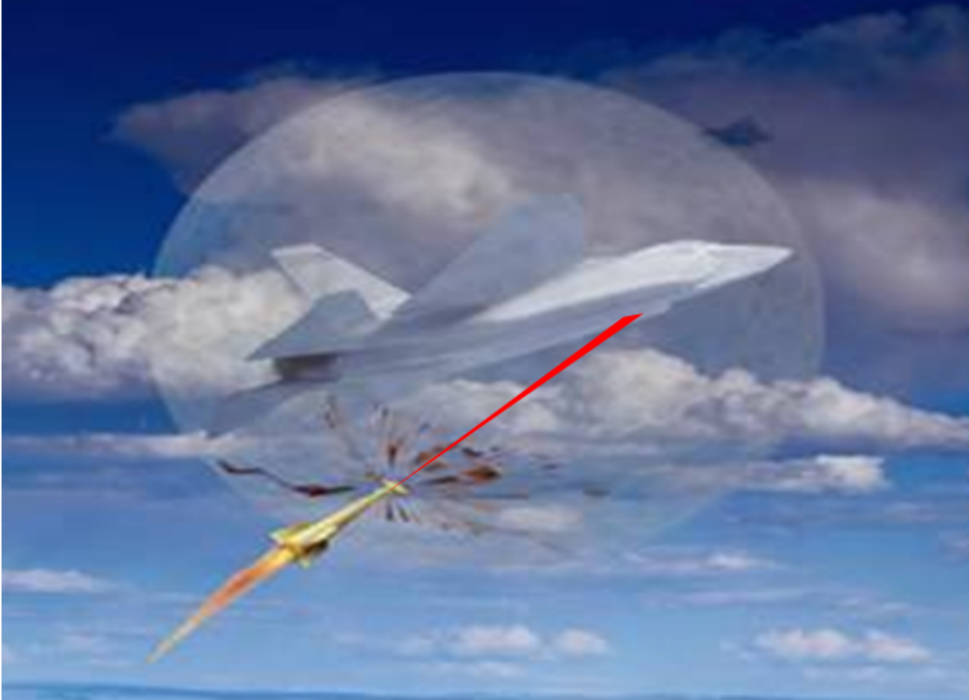 From studying footage of TIE-fighters and Cylon Raiders, we know that small alien craft may have the upper hand on even our most advanced jets when it comes to maneuverability. So when our flyboys or flygirls have alien fighters bearing down on their six, let’s hope they’re outfitted with this under-development project from DARPA that aims to “improve the performance of high energy lasers on tactical aircraft against targets” — such as an incoming missile — “in the aft field of regard.” It might not win the dogfight, but it can buy us enough time for the cavalry to arrive. 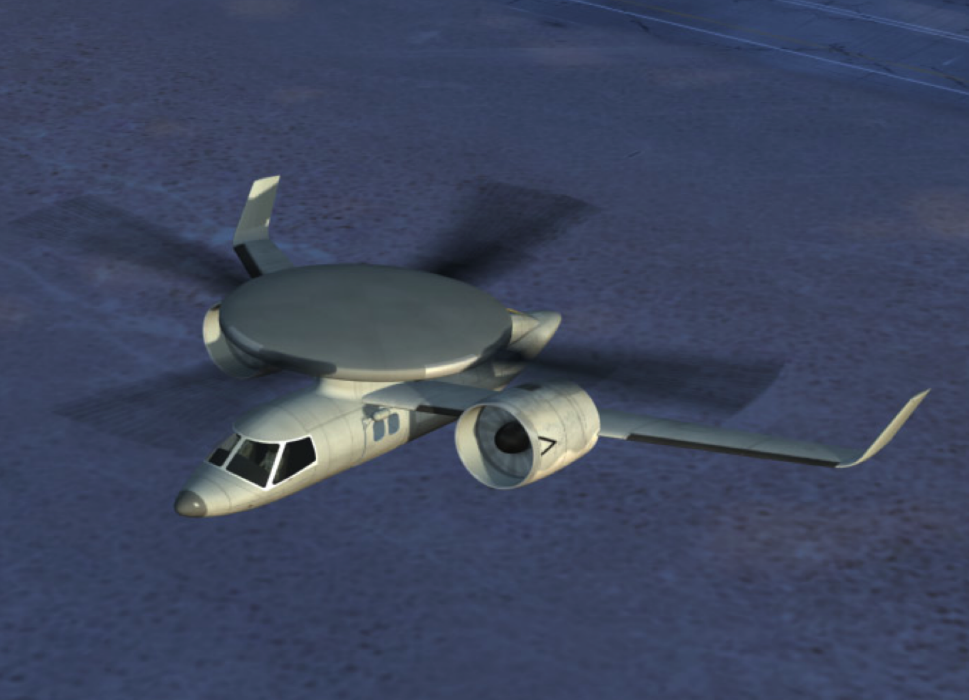 Everyone knows that alien spaceships don’t have to clumsily lumber down a runway before takeoff — they lift off vertically with perfect balance and then propel in whatever direction they choose. Helicopters have the vertical takeoff aspect down, but even the best designs can be foiled by ground landings, as was the stealthy MH-60 Black Hawk helicopter used in the raid that killed Osama bin Laden. A Discrotor helicopter is actually a helicopter/airplane blend that can take off and land vertically, but also enter into high-speed flying mode by retracting its rotating blades and relying on fixed wings, allowing it to move like a plane. Will that help against aliens? We certainly hope so. 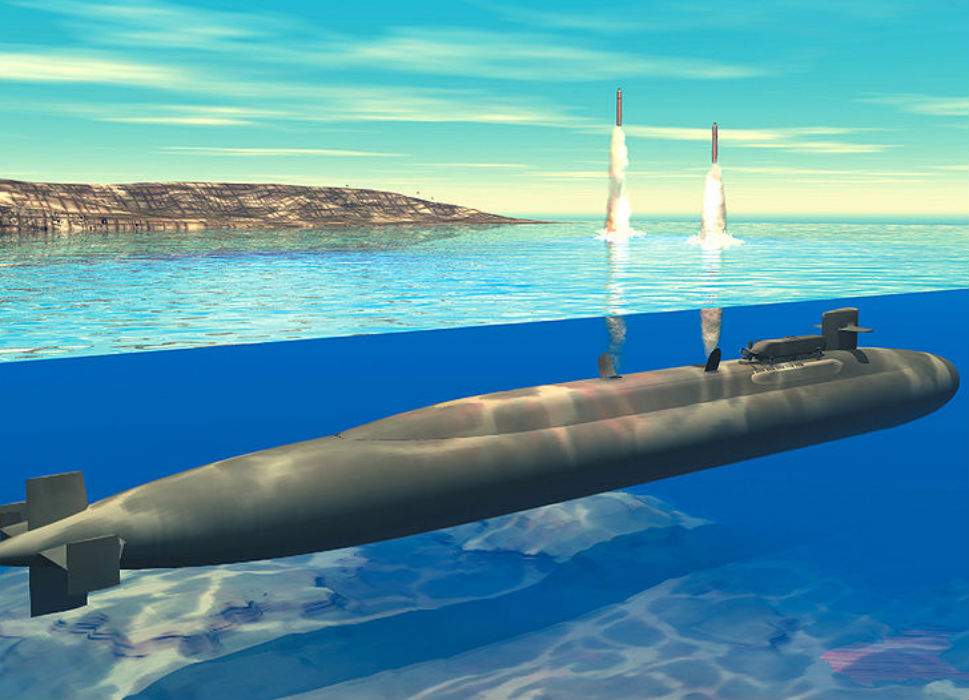 As Battleship reminds us, there’s no guarantee where the attack by space invaders will begin. In case of a sea battle, the U.S. Navy is currently at work on replacements for the Ohio-class nuclear-powered submarine, which will be set to replace the existing ones in 2029. Most of the Ohio submarines carry submarine-launched ballistic missiles (SLBMs) — up to 24 per ship — and form the sea wing of the U.S. nuclear arsenal. The new subs, called the SSBN-X Future Follow-on Submarine, are optimistically projected to cost at least $4.9 billion per boat, although other estimates range as high as $9 billion. That’s pricey, especially as skyrocketing defense costs have come under fire during a period of belt-tightening austerity. But hey, if the new subs fend off an extermination attack on the human race, we figure they’ll pretty much pay for themselves.

Anyone who’s seen The Abyss or Sphere (OK, very few people actually saw Sphere) knows that the alien menace could just as easily come from below the seas as from outer space. But we will hopefully soon have the ability to track their preparations deep blow the waves with the ACTUV, an independent, unmanned surface ship designed to track even the quietest submarines. When it’s ready, the vessels will differ from current unmanned surface ships by having the ability to operate independently on the high seas, rather than being tethered to a surface ship. America will be ready for the age of sea drones. Will the aliens? 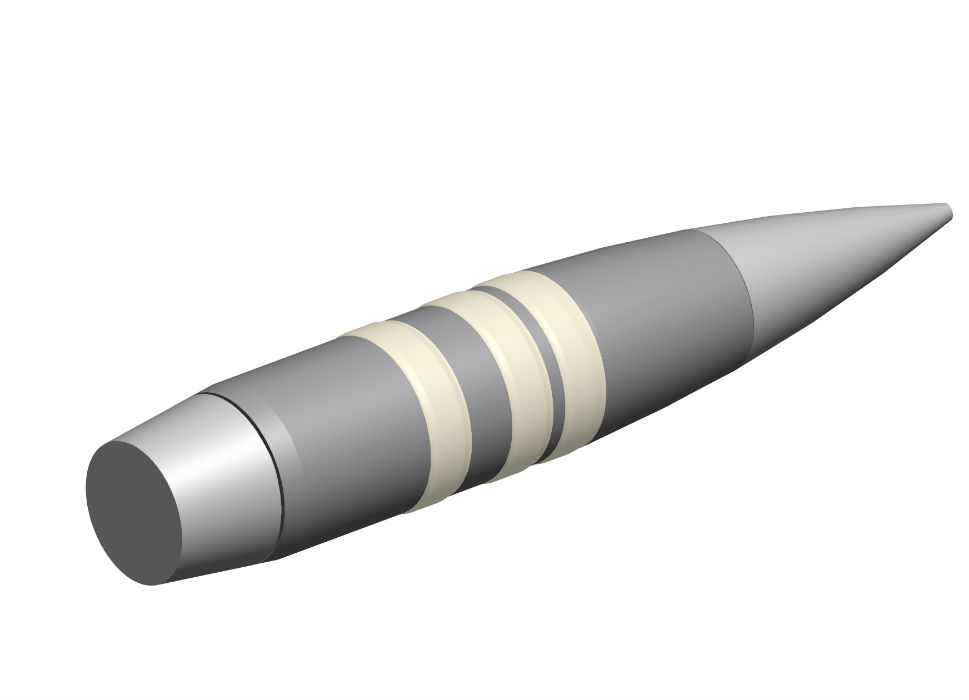 Aliens can move extremely quickly, making them hard to shoot. This poses a problem for human snipers, but not for long. DARPA is currently working on the world’s first guided bullet, which would have the ability to actually change its path after being fired. A 2009 Time article described the project as “bullets that, once fired at a specific target, fly themselves into it by changing shape.” This will come in handy when the invaders enter us as parasites and then silently use our bodies as growth pods before emerging in a spray in blood. Actually, the bullets won’t be that helpful in that scenario, but better safe than sorry.

If it comes to a ground battle, we don’t know whether the aliens we’ll face will be clumsy prawns or nimble xenomorphs, but with vehicle-mounted CROSSHAIRS detection units, we’ll be ready for anything. Equipped with visual and infrared cameras, CROSSHAIRS rigs are designed to “detect, locate, and engage shooters, as well as defeat a variety of threats including bullets, rocket propelled grenades, anti-tank guided missiles, and direct fired mortars, while stationary and moving.” The idea is to detect and analyze threats fast enough for either automated systems or troops in the vehicle to respond. Bring it on, slimeballs. 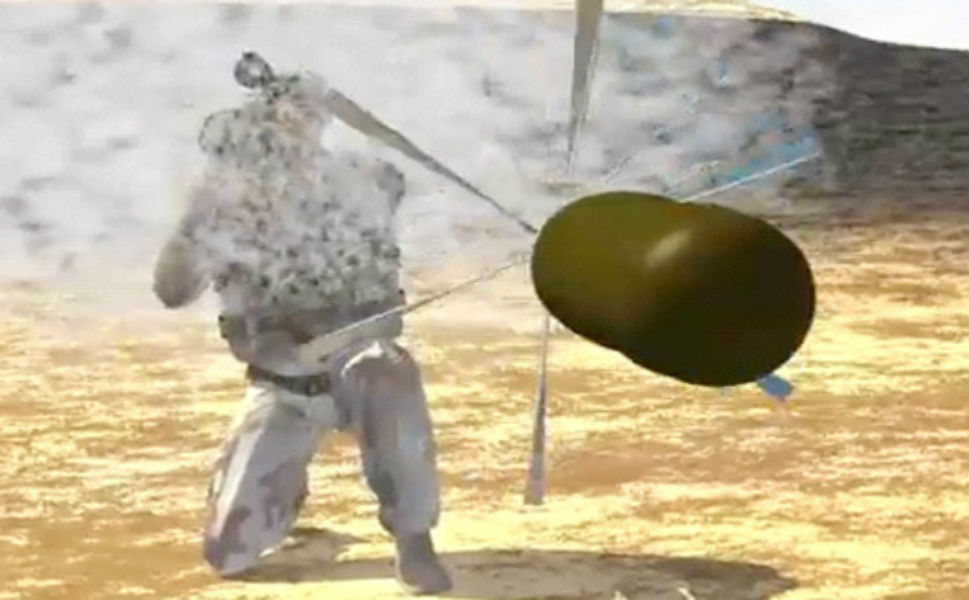 On the ground, soldiers will have an edge on their little green opponents if they can get their hands on these bullets, which conveniently share a name with X-Men superhero Magneto and are known by the more blockbuster-friendly acronym MAHEM. (What lucky engineer gets to dream up these names?) The bullets use “compressed magnetic flux generator (CMFG)-driven magneto hydrodynamically formed metal jets.” DARPA is purposefully vague about what exactly this means, but it would seem to involve using a magnetic field to push molten metal into its target. 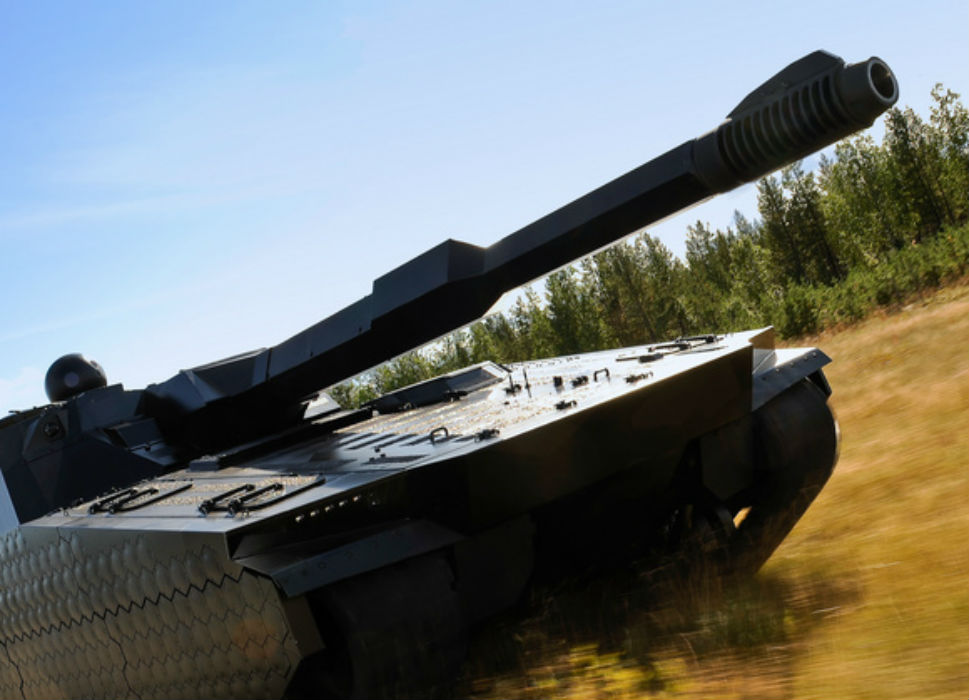 The aliens may, like the eponymous Predator, have evolved the ability to see in infrared. Not a problem, thanks to BAE Systems’ pixilated armor system. ADAPTIV armor works by covering a vehicle with sheets of hexagonal “pixels” that can rapidly change temperature. Onboard thermal cameras capture the background and change the vehicle’s heat signature to make it undetectable by infrared scopes. It will even be able to mimic the heat signatures of other vehicles for subterfuge purposes. Of course, if you don’t have access to an ADAPTIV-equipped military vehicle, you can always just cover yourself with mud like Arnold does in the movie. 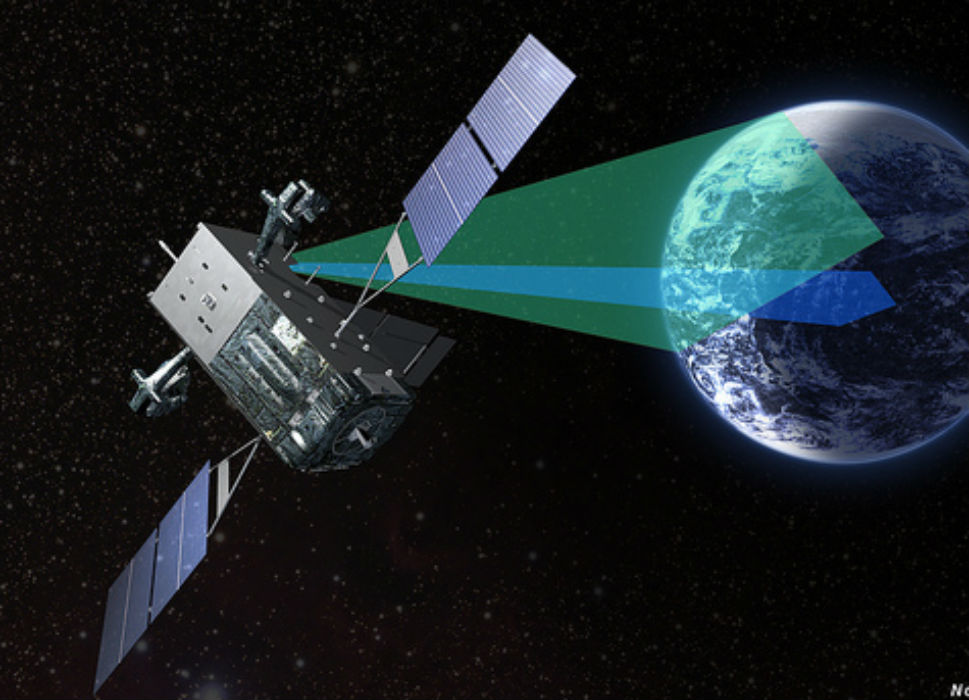 When you’re fighting extraterrestrial marauders, the battlefield is truly global. These days, SBIRS is best known for delays and cost overruns, but we’re going to be glad we spent those billions when the alien missiles start flying. SBIRS, contracted to Lockheed Martin and Northrop Grumman, will consist of a series of satellites in both elliptical and geosynchronous orbits as well as on-the-ground data processing centers to detect missile launches or nuclear detonations anywhere on earth. The first dedicated SBIRS satellite was launched in 2011, but hopefully we’ll have the rest of the system up and running before Loki opens the portal to the Underworld.