You Say You Want a Revolution

Before there was Pussy Riot, there were the Plastic People of the Universe. An FP List of musicians who took on their governments -- and became historical icons. 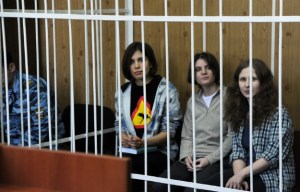 “Why a punk rock band?” Christiane Amanpour, interviewing a former Russian government official, asked on CNN on Aug. 2. “What is President Putin so afraid of?” The band in question was Pussy Riot, whose members — three Russian feminist artists — are on trial in Moscow for “hooliganism” following a confrontational guerrilla performance in an Orthodox cathedral. As the trial has mushroomed into a broader debate over political and cultural freedom in Vladimir Putin’s Russia, the president has cautioned leniency in the case. It’s a characteristically canny move by the Russian leader: In the history of asymmetrical conflict between musical provocateurs and repressive regimes, the strongman rarely gets the last laugh. 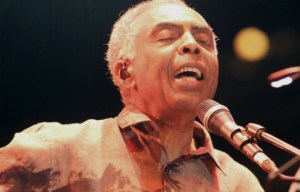 On March 31, 1964, troops loyal to the rogue general Olímpio Mourão Filho marched on Brazil’s seaside metropolis of Rio de Janeiro, the beginning of a coup that toppled the democratically elected government of leftist President João Goulart and plunged the country into two decades of military dictatorship. Four years later, a collective of musicians from the state of Bahia, led by the singers Caetano Veloso and Gilberto Gil, released Tropicália: ou Panis et Circensis, a genre-defying manifesto of an album that launched an arts movement of the same name. The Tropicalistas criticized the military regime in the album’s lyrics and sardonic subtitle — “Bread and Circuses” — but their riskiest political statement was musical.

Tropicália cut and pasted traditional Brazilian bossa nova and samba with the psychedelia of the Beatles and Jimi Hendrix, the sonic experiments of musique concréte, and the aesthetic provocations of French New Wave film. The resulting collage was an act of defiance in a country where military rulers and leftist nationalists alike believed that keeping Brazil’s celebrated musical tradition free of foreign influence was a patriotic necessity. Within a year, Veloso and Gil were imprisoned and then exiled to London, where they stayed until 1972.

But as the regime’s cultural crackdown worsened, forcing even musical traditionalists like Chico Buarque to wait out the early 1970s in Europe, Brazilians came to see the Tropicalistas as political heroes — and, in time, cultural icons every bit as Brazilian as their predecessors. Eighteen years after Brazil returned to democracy, President Luiz Inácio Lula da Silva made the rehabilitation official, naming Gil his minister of culture.

THE PLASTIC PEOPLE OF THE UNIVERSE (CZECHOSLOVAKIA)

Like Brazil’s Tropicália movement, Czechoslovakia’s Plastic People of the Universe emerged from their country’s longhaired bohemian underground in the singular cultural season of 1968, channeling foreign influences — outré American musicians like Frank Zappa and the Velvet Underground — into a distinctly local brand of experimental rock. Unlike Caetano Veloso and Gilberto Gil, however, the Plastics had no particular intention of tilting against the political status quo. The band formed amid the Prague Spring, when Alexander Dubcek, the Czechoslovakian Communist Party’s reform-minded new leader, tried to institute a raft of liberalization measures. But the political and cultural opening was summarily crushed by the Soviet Union eight months later, and the Soviet-approved authoritarians who succeeded Dubcek were not amused by the Plastics’ playfully transgressive music. The government revoked the band’s musicians’ license in 1970 and arrested and tried its members for “organized disturbance of the peace” six years later.

Although the Plastics were convicted and sent to prison, the trial became a flashpoint for the Eastern Bloc’s nascent pro-democracy movement. In January 1977, more than 200 political activists and public intellectuals, inspired by the trial, signed a letter demanding greater protection of human rights and tried (unsuccessfully) to deliver it to the Czechoslovakian government. Charter 77, as it was called, marked the beginning of the country’s movement toward democracy that culminated 12 years later in the Velvet Revolution, and the election of the poet Václav Havel — one of the charter’s authors — as Czechoslovakia’s president. By that point, the Plastics had broken up, but they reunited in 1997 at the urging of their old friend Havel, and still tour sporadically today.

Few musicians have made their political rebellion quite as literal as Fela Anikulapo Kuti, the Nigerian bandleader who pioneered the genre of hypnotic funk known as Afrobeat and spent his life railing against Western colonialism, corruption, and military rule in his country. Returning to Nigeria in 1970 after several years abroad — including a stint in the United States, where he absorbed the uncompromising politics of the Black Power movement — Kuti established a small compound around his three-story house and recording studio in Lagos, named it the Kalakuta Republic, and declared its independence from Nigeria. The Nigerian government was less than pleased, and years of military raids and confrontations ensued. Things came to a head in 1977, when Kuti released “Zombie,” a song with acidic lyrics mocking the blind obedience of the soldiers in the Nigerian military, which had seized power in a coup two years earlier. A thousand soldiers raided the Kalakuta Republic, burning the building to the ground and throwing Kuti’s elderly mother out a second-floor window (she later died of her injuries).

The incident solidified Kuti’s iconic status in Nigeria as well as his defiance; he went on to call out the government of President Olusegun Obasanjo — a childhood friend of Kuti’s who at the time was serving at the behest of the Nigerian military — by name in songs like “Coffin for Head of State” and “ITT — International Thief Thief.” A documentary filmmaker memorably interviewed Kuti in 1979 in a cramped house elsewhere in Lagos, surrounded by wives — he had married his band’s 27 backup singers in a single ceremony the previous year — listlessly smoking enormous joints. “If you are in England, music can be an instrument of enjoyment,” Kuti said. “You can sing about love, you can sing about who you’re going to bed with next. But in my environment, my society … there’s no music of enjoyment, nothing like love. It is something like a struggle for people’s existence.”

By the time he died in 1997 of AIDS — a disease which, even on his deathbed, he insisted didn’t exist — Kuti had formed his own political party, attempted to run for president (his candidacy was refused), and been imprisoned twice by two different governments he had antagonized on dubious charges of currency smuggling and murder. Two years later, Nigeria successfully transitioned from military dictatorship to democracy, under the resumed leadership of Kuti’s old nemesis Obasanjo. The country still struggles with crippling corruption, however — and Kuti’s complicated legacy still looms large in the cultural consciousness, an omnipresent reminder that there is always something worth fighting against. 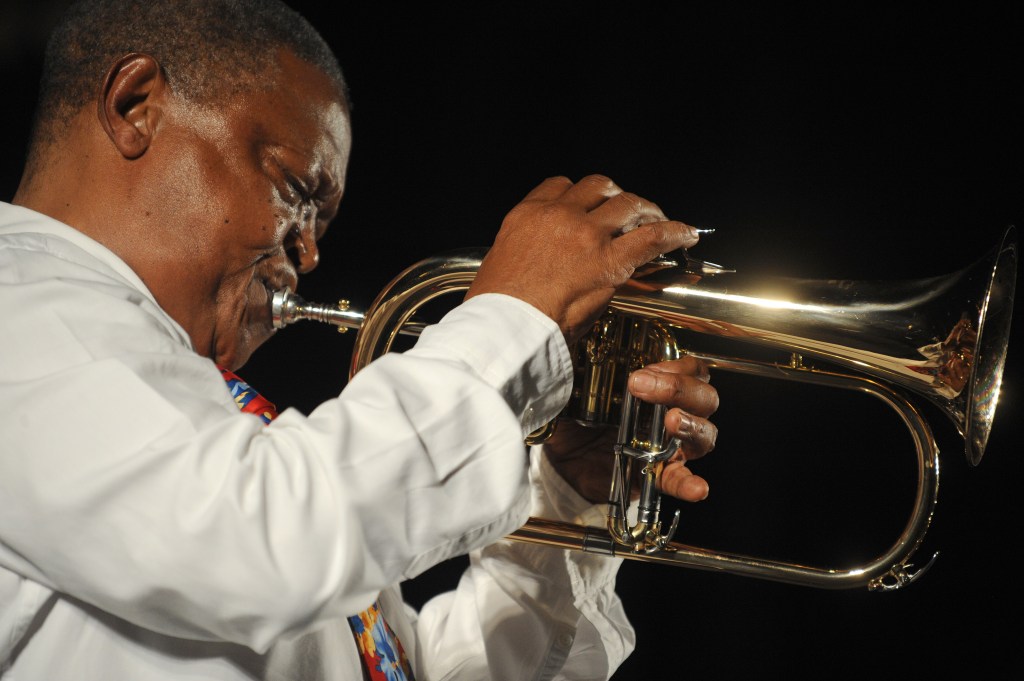 Hugh Masekela’s three-decade voluntary exile from Apartheid-era South Africa began as a matter of necessity; in 1960, the 20-year-old trumpeter set out for the United States in order to study jazz in its native land. When he attempted to return to Johannesburg several years later, however, things had begun to go very wrong in his hometown. “It was a rough time, when the Apartheid government first started showing that if you don’t behave, they’ll shoot you — women and children too,” Masekela recalled in a 2009 interview. “You saw police with guns, with machine guns, and for the first time you saw tanks. We had a group called the Jazz Epistles and we were about to take off on a national tour. We were the first African group to play on an LP, but gatherings of more than 10 people were banned so we couldn’t do our tour.”

In the early 1980s, Masekela set up a recording studio and music school outside of Gaborone, Botswana, on the bank of the river separating Botswana from South Africa. He was forced to flee in 1985, however, after South African soldiers raided the area (they were officially looking for terrorists). By the end of the decade, Masekela had become one of Apartheid’s most outspoken detractors on the cultural stage, performing protest songs like the Nelson Mandela anthem “Bring Him Back Home” when he toured the United States with Paul Simon. (Simon’s involvement with South African music was then, and remains, controversial; he had recorded 1986’s Graceland with South African musicians in violation of a cultural embargo of the Apartheid government, though the album’s enormous success and Simon’s subsequent tours with South African artists did bring attention to the anti-Apartheid struggle.) Masekela returned to Johannesburg in 1990, shortly after Mandela was released from prison; four years later, the country held its first multiracial elections. 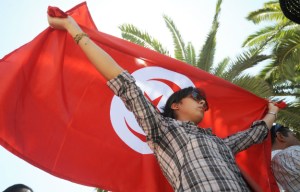 A little less than six weeks before fruit vendor Mohamed Bouazizi set himself on fire in front of a provincial government building in central Tunisia, a 21-year-old rapper named El Général (born Hamada Ben Amor) posted a music video to his Facebook page. It was Nov. 7, 2010, the 20th anniversary of Tunisian President Zine el Abidine Ben Ali’s ascent to power; El Général’s song, “Rais Lebled,” (the title is a play off of “President of the Republic” in Arabic) was a brutally frank — and, given the reputation of Ben Ali’s security services, incredibly risky — indictment of his rule. “Mr. President, your people are dying,” he rapped over a spare, ominous beat. “People are eating rubbish/ Look at what is happening.”

On Dec. 22, as Tunisia descended into chaos, El Général posted another song called “Tunisia Our Country,” an anthem for the protests that had followed Bouazizi’s self-immolation. Two days later, the police arrested him. “For 24 hours they insulted me,” he later told Time magazine. “It was moral torture. They asked, ‘Who’s behind you? Which party are you from?'”

By that point, however, El Général’s music had become the soundtrack of the nascent Arab Spring — and the rapper was enough of a celebrity that Ben Ali himself inquired about his condition in prison. A month later, Ben Ali had fled office and protesters in neighboring Egypt were chanting along with “Raes Lebled” in Tahrir Square. In the past year, however, El Général has returned to less world-historical concerns, recording a new album — his first — due out this year.

Xi Is Out to Prove That This Is China’s Moment

Taiwan Is More Than a Pawn to Be Sacrificed to China