What Army Chief of Staff Gen. Ray Odierno takes with him to the war zone.

Gen. Raymond T. Odierno didn’t have the easiest first few months in his new job. In September 2011, he became U.S. Army chief of staff — the pinnacle of a decorated career that included 56 months in combat in Iraq — just weeks after President Barack Obama signed a law slashing the Pentagon’s budget by $490 billion over 10 years. And Odierno’s new boss, Defense Secretary Leon Panetta, wanted a new plan to go along with the cuts. “It’s been hectic,” says Odierno. “The new secretary of defense wanted to develop a new strategy.… Then we matched that strategy up with the budget. Usually we take a year to develop a budget alone. We had three months to do all of this.”

Oh yes, and Odierno’s also been busy overseeing the start of the withdrawal from Afghanistan and refocusing the roughly 560,000 active-duty troops under his command to reflect the Obama administration’s pivot toward the Pacific. But the best part of his job, Odierno says, is visiting his soldiers. And here’s what he carries around in his black Stebco attaché case when he’s out in the field. 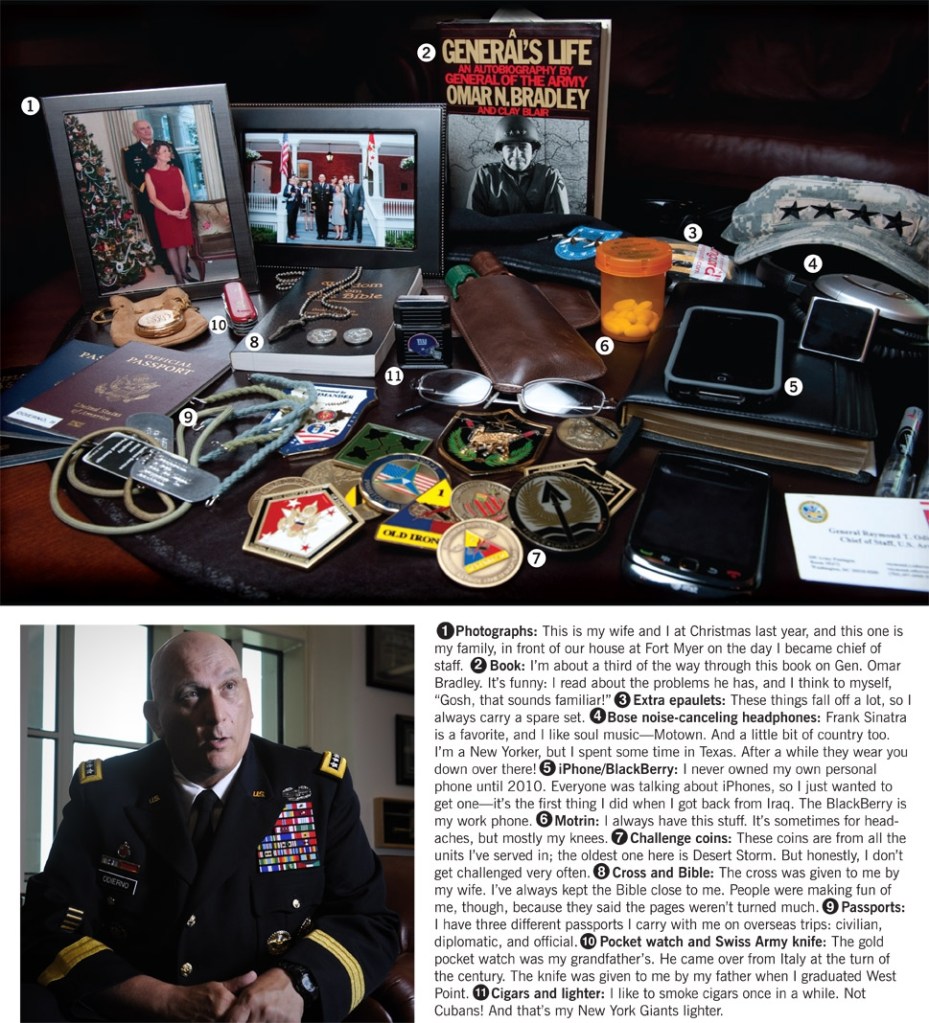