From the world's "best" travel guides, selections of the worst history and most contorted politics.

You’re all ready for your big, foreign adventure: Bags are packed, tickets purchased, and you’ve dog-eared that copy of the Lonely Planet to guide you around paradise. But along with helping you find the best beaches and or a gem of a hotel, you might be getting a bit of historical revisionism as well. As Michael Moynihan writes in “Leftist Planet,” his article in this month’s Foreign Policy, our favorite travel books are a veritable buffet of “factual errors, and a toxic combination of Orientalism and pathological self-loathing.”

“There’s a formula to them,” Moynihan writes. “A pro forma acknowledgement of a lack of democracy and freedom followed by exercises in moral equivalence, various contorted attempts to contextualize authoritarianism or atrocities, and scorching attacks on the U.S. foreign policy that precipitated these defensive and desperate actions.” Here’s a selection of some of the worst:

“Gora Sekirnaya: Literally ‘Hatchet Mountain,” Gora Sekirnaya is 10km northwest of the village and is infamous thanks to the torture Alexander Solzhenitsyn alleged took place there in his Gulag Archipelago (though scholars now dispute many of his claims).” – Lonely Planet: Russia and Belarus

“The [Museum of Communism’s] politics are a bit simplistic — the popular postwar support for the [Communist] Party is underplayed — but it’s worth tracking down for the memorabilia alone.” – The Rough Guide to Czech Republic

“[Jung Chang and Jon Halliday’s* book] Mao: The Untold Story is a massive and well-researched character assassination; indeed, it’s hard not to suspect that axes are being ground.” – The Rough Guide to Beijing 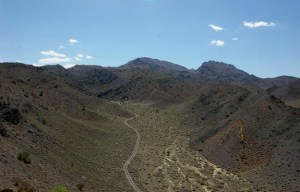 “Ahmadinejad was reported as saying Israel should be ‘wiped off the map’. The translation of what he actually said in Farsi has been widely debated, but the message that went out was fairly clear: Iran wants to nuke Israel. Fortunately, about 99% of Iranians – and perhaps even Ahmadinejad himself – don’t want this at all.” – Lonely Planet: Iran

“Reforms by the young president of Syria, Bashar al-Assad, may not have been as wide-ranging as many might have hoped, but there is certainly a feeling of optimism in the capital. Culture and tourism are high on the agenda and Damascus has responded with a flurry of art gallery and hotel openings (including the long-awaited Four Seasons).” – Lonely Planet: Syria

“Owned by faceless multimedia conglomerates, the majority of California’s radio stations won’t tell you anything particularly useful or insightful about the state – unless you’re a fan of zealous political ranting, round-the-clock sports coverage or, more helpfully, traffic reports. It’s best to skip most specialty stations on the AM frequency – although AM chat shows, with their often angry callers and hosts can be hilarious and illuminating, if not in the intended sense.” – Rough Guide to the United States

“Svay Rieng Province: During the Vietnam War, American forces were convinced that this was where the Vietnamese communists’ version of the Pentagon was situated. While there were undoubtedly a lot of Vietnamese communists hiding in Cambodia during much of the war, there was no such thing as a Pentagon.” – Lonely Planet: Cambodia

“Syria was the original suspect [in the Lockerbie bombing]. But when Syria supported the Allies in the Gulf War against Iraq, suspicion suddenly shifted to Libya. One of the most credible theories was that the bombing had been ordered by Iran in retaliation for the shooting down of an Iran Air airbus by a US warship in the Persian Gulf on 3 July 1988.” – Lonely Planet: Libya 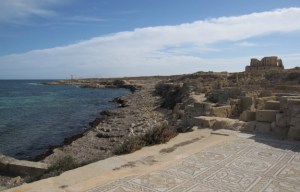 “Soon after coming to power, Libya’s revolutionary government decided that Libya was to be transformed into a modern nation. As part of this goal, entire communities were moved from Saharan oases into often custom-built accommodation, encouraged by free, modern housing with electricity, air-conditioning and integrated sewage systems.” – Lonely Planet: Libya

“Cuba’s Olympians are living proof that success at sport is not just about sponsorship, equipment and million-dollar contracts” – Lonely Planet: Havana

“Such uniqueness is a vanishing commodity in an increasingly globalized world. Grab it while it’s still there.” – Lonely Planet: Cuba

“So there was a way into the land on the edge of the world, that small pocket of mountains that the Western press was forever wailing to be a worry and a menace, this secretive, hermetic state referred to as Stalinist on good days, that final bastion of high ideals and base deeds.” – Bradt: North Korea

“The village of Panmunjom sits bang in the middle of the Demilitarized Zone that separates North and South Korea. You’ll see much the same from the north as the south, but with the propaganda reversed — all of a sudden it was the US Army that started the Korean War and Kim Il-sung who won it. Interestingly, many visitors note that the cant is just as strong on the American [sic] side (though usually more balanced).” – Rough Guide to Korea 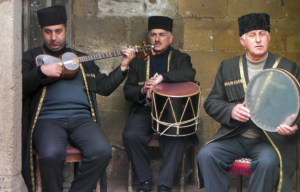 “Few people’s historical legacy is simultaneously greater and more uncertain than that of Iosif Jughashvili, the Gori cobbler’s son who went on to rule the largest country on earth for a quarter of a century. Few would question his achievements: were it not for the Soviet role in WWII, Nazi Germany would probably have won, and in the space of a decade he turned the Soviet Union from a peasant economy into a vast industrial powerhouse…. Yet the suffering of millions cannot be forgotten…. In a country [Georgia] that is still recovering from post-Soviet chaos, and where many still do not reap much material benefit from capitalism, it’s perhaps not surprising that some still say they would like to see another Stalin in charge.” – Lonely Planet: Georgia, Armenia, & Azerbaijan

What Caused the Blast in Beirut?