5 Reasons to Believe in the Indonesian Miracle

Why this amazing archipelago is on track to be the world's seventh largest economy.

When most people think of Indonesia today, they think of beaches and temples or of its famously teeming cities, but this country of 240 million and counting is a much more modern, diversified, and dynamic economy than many international investors and companies assume. To make the most of Indonesia's vast potential, they're going to need to change the way they think about the archipelago -- and putting these five myths to bed is a good place to start. 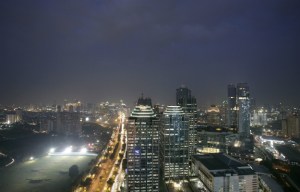 When most people think of Indonesia today, they think of beaches and temples or of its famously teeming cities, but this country of 240 million and counting is a much more modern, diversified, and dynamic economy than many international investors and companies assume. To make the most of Indonesia’s vast potential, they’re going to need to change the way they think about the archipelago — and putting these five myths to bed is a good place to start.

Hardly. Far from being unstable, Indonesia has been growing steadily at an impressive rate of 4 to 6 percent over the past 10 years — less volatile than the economies of Brazil, Russia, India, and China, or any other developed country for that matter. Indonesian government debt has fallen by 70 percent in just a decade and is now at a level lower than in 85 percent of developed economies. Inflation, which was over 20 percent 10 years ago, now stands at 8 percent, comparable with more mature economies, such as South Africa and Turkey. Indonesia’s overall economic management has also shown remarkable improvement. The World Economic Forum ranked Indonesia 25th out of 139 countries for macroeconomic stability in 2012, up sharply from 89th in 2007. For comparison, Brazil ranked 62nd and India ranked 99th.

“Not much happens outside Jakarta.”

Not true anymore. Indonesia’s sprawling capital city contributes up to one-quarter of the archipelago’s entire gross domestic product (GDP). But Jakarta’s dominance is waning. A large number of medium-sized or “middleweight” cities like Bandung and Medan are growing faster than the capital and will be ever more important hot spots for foreign investors and companies looking for opportunities. Urbanization is spreading in Indonesia and is an increasingly important growth stimulus. By 2030, more than 70 percent of the population is likely to live in an urban area, up from just over half today. Between 2010 and 2030, more than 30 million people are expected to move from rural to urban areas. Cities with populations between two and five million — like Bekasi and Surabaya — are growing the fastest and could together account for 27 percent of GDP by 2030. In fact, around 90 percent of Indonesia’s fastest-growing cities will be outside the island of Java, where Jakarta is located, by 2030. 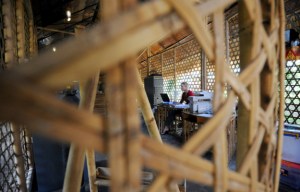 “Indonesia is nothing without its natural resources.”

Not when you look closely. There is no doubt that Indonesia is unusually rich in natural resources. It is the world’s largest producer and exporter of palm oil, the second-largest exporter of coal, and the second-largest producer of cocoa and tin. It has the fourth- and seventh-largest reserves of nickel and bauxite, respectively, according to the government. Indonesia also has the world’s largest geothermal resources. And, yes, Indonesia has large endowments of crude oil and natural gas. But mining, oil, and gas only account for 11 percent of Indonesia’s nominal GDP — the same share as in Russia. In fact, Indonesia has been a net importer of oil since 2004. It may come as a major surprise to many observers that half of Indonesia’s GDP comes from service sectors such as financial services — specifically savings and investment — retail, and telecommunications. Indonesia is already the fourth-largest user of Facebook in the world — a promising platform for the development of e-commerce. 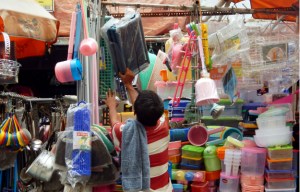 “Indonesia is a typical Asian tiger.”

Wrong. Indonesia’s economy is not driven by exports — a feature typical in most Asian tigers. Indonesia’s exports only generate 35 percent of GDP, and, excluding commodity exports, only 16 percent. As the dominance of Indonesia’s service sectors suggests, domestic consumption is the economy’s driving force. And at a population growth rate of 5 to 6 percent a year, an additional 90 million Indonesians could join the “consuming class” by 2030. (Consumers are defined as individuals earning $10 a day or more, who therefore have enough money to spend on discretionary, not just basic, goods, and services.) That growth in consumer base is larger than any other economy in the world apart from India and China and stands as a testament to the growing market opportunity offered by Indonesia. Rising rates of consumption will bolster Indonesia’s domestic market, bolstering growth in the long term. The fact that domestic consumption is already a large driver of Indonesia’s growth has shielded the economy from the turbulence of the Asian financial crisis and the recent global recession. Catering to growing demand by developing its consumer services sector will ensure that the economy is even more insulated from future shocks. 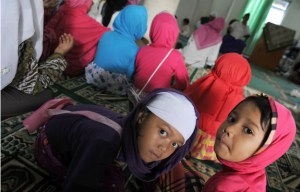 Yes and no. Indonesia does indeed have a young and expanding population that could total 280 million by 2030, up from 240 million today. And demographics are likely to support growth for some time to come, contributing 2.4 percent to overall economic growth until 2030. But it’s not primarily people that are driving Indonesian growth — it’s productivity. In the last 20 years, increased labor productivity has been responsible for more than 60 percent of Indonesian growth, with the largest contributions coming from wholesale and retail trade, transport equipment and apparatus manufacturing, and transport and telecommunications. And contrary to the conventional wisdom that productivity improves at the expense of employment, both have risen in tandem in Indonesia for 35 of the last 51 years.

To meet the government’s ambitious target of 7 percent annual growth, Indonesia needs to do even better than it did in the past. Productivity growth needs to be 60 percent higher than it has been since 2000. That is challenging but achievable. If Indonesia boosts productivity and removes barriers to higher productivity and growth in three key sectors — consumer services, agriculture, and resources — and raises skills across the economy, it could accelerate growth and offer foreign investors a market opportunity worth $1.8 trillion opportunity by 2030.

Indonesia is at a critical juncture. Its economy has performed more impressively over the past decade than many outsiders — and even Indonesians themselves — think. But to build on this performance, Indonesia will need a productivity revolution in key sectors of the economy. Today, the archipelago economy is the world’s 16th largest, but with action now to unleash Indonesia’s full dynamism, it could jump to seventh by 2030. That would eclipse Germany and the United Kingdom, two members of the G-7 group of the world’s leading economies.

NEW FOR SUBSCRIBERS: Want to read more on this topic or region? Click + to receive email alerts when new stories are published on Economics, Southeast Asia

Afghanistan: The Taliban's 'War on Drugs' Could Backfire