The Mayor of Mogadishu

What the politician known as "Tarzan" carries as he goes about transforming the Somali capital.

Mohamoud Ahmed Nur, better known to his constituents as “Tarzan,” is on a mission to change the capital of Somalia. Since returning to Mogadishu in 2010, after living for nearly 20 years in London, where he ran an Internet cafe, the 57-year-old mayor has shepherded dramatic changes in the famously lawless city, no easy feat in a place where government control in recent years has at times shrunk to just a few city blocks.

“The security situation in Mogadishu is improving,” he said cheerfully when Foreign Policy caught up with him at his home in the capital. His confidence doesn’t entirely seem like bluster. Despite the occasional terrorist attack, Somalis these days are returning in droves to help refurbish the once-charming colonial port city. And Tarzan, a devout Muslim who reads the Quran every morning, is putting his tech savvy and British business degree to work, transforming a capital that had a grand total of $128 in its coffers when he arrived. Here’s what he carries as he goes about the business of turning Mogadishu from war zone into working city. 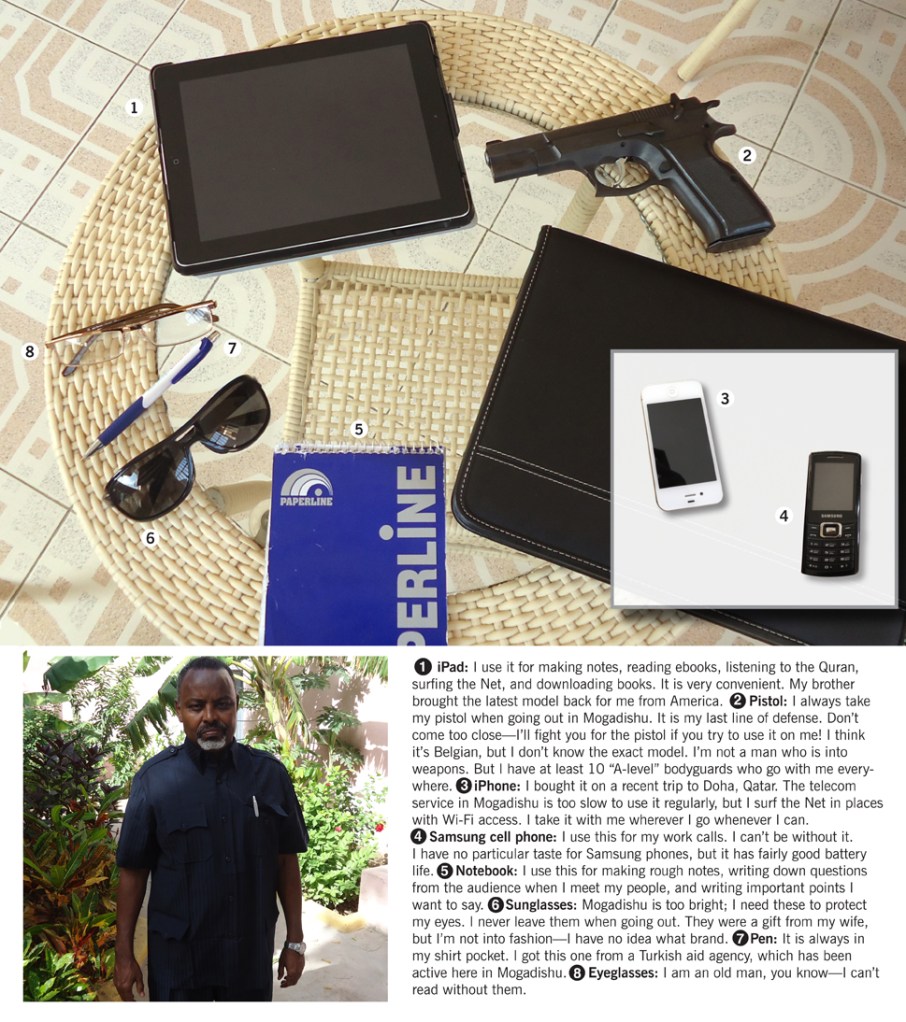