The rise of China and India has long since become a cliche. In fact, neither country has done all that well since the crash of 2008 -- but these emerging powerhouses have cleaned up.

See Frederick Kaufman on how McDonald’s won the recession.

SOUTH KOREA
“I am confident that this crisis can advance our dream of becoming an advanced first-class nation,” President Lee Myung-bak told a group of business leaders in 2009. To accomplish his goal, South Korea boosted government research and development spending from 3.4 percent — already among the world’s highest — to 5 percent. The emphasis on innovation, combined with generous subsidies, not to mention a policy of keeping the won low to boost exports, has helped South Korean industrial giants like Samsung, Kia, and Hyundai rack up global market share. South Korea was the first wealthy country to emerge from recession in 2009, and household income has grown for the last 11 quarters. The country’s credit rating was upgraded by Fitch in September, cementing its status as a haven for investors. South Korea still faces economic challenges — domestic consumption has been low, and Korean households are among the world’s most debt-laden — but once global trade picks up, expect the Korean wave to crash on a shore near you.

POLAND Poland was long considered one of the least promising of the newly capitalist states of Eastern Europe, lagging behind tigers like the Czech Republic and Slovenia. But Europe’s bad years have been good for the Poles. The country’s economy grew 15.8 percent between 2008 and 2011, while the European Union’s cumulative economy shrank by half a percent. In 2009, the worst year of the crisis, Poland’s was the only EU economy that didn’t contract. Analysts credit smart monetary and fiscal policies and low debt levels for the Polish miracle, along with a large market of domestic consumers that meant Poland’s companies were less dependent on exports than its neighbors. Poles also simply try harder than many other Europeans, working about 500 more hours per year than Germans despite earning about a fifth of their salaries. The continent’s woes may finally be catching up with the Polish tiger, however: Poland recently had to revise its 2013 growth projections from 2.9 percent down to 2.2 percent.

CANADA On July 1 — Canada Day — of this year, it became official: The average Canadian is richer than the average American for the first time. This would have seemed an unlikely scenario two decades ago, when Canada was hampered by debt and sluggish growth. But the government slashed spending and reduced the deficit in the 1990s, which allowed it to rely on fiscal easing and stimulus spending when the 2008 recession hit. At the same time, it “resisted the siren call of deregulation” for its financial sector, as former Prime Minister Paul Martin put it, forcing banks to avoid many of the risky practices that endangered financial institutions elsewhere, while the government continued to invest in infrastructure. Canadians’ disposable incomes have increased some 15 percent over the last 10 years, and three of the world’s 10 most livable cities, according to the Economist, are in Canada. But not all is well in the True North: Canada’s economic growth is dangerously dependent on oil exports from its lucrative tar sands; the United States gets 22 percent of its oil from its northern neighbor. And the easing strategy that helped cushion the blow of the recession has led to an explosion in housing prices, which many investors fear may be inflating into a bubble.

SWEDEN Sweden suffered its own financial implosion in 1992, when a real estate bubble burst and the government was forced to take over several of the country’s banks, so it was ready when the current crisis hit. Sweden has cut its famously high taxes on corporations and individuals, though they’re still among the world’s highest, while maintaining high rates of spending on education and health care. The government has managed to keep its debt low — about 38 percent of GDP, compared with 80 percent in supposedly frugal Germany — and proved prescient in its decision not to adopt the euro, which has allowed it to float its currency. Sweden was Europe’s second fastest-growing economy in 2011 (after tiny Estonia), and the krona has consistently risen against the euro. Sweden is still vulnerable to slumping exports to Europe, however, and unemployment is on the rise. But with government finances in order, it has weathered the storm better than most. 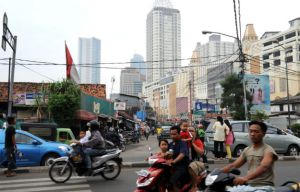 INDONESIA Indonesians are nothing if not confident. Eighty percent believe their country has the potential to become a global superpower, and they recently overtook Indians as the world’s most bullish consumers. They’ve earned the right to be cocky. Indonesia has maintained annual growth rates of over 4.5 percent throughout the recession and had the second-highest growth rate in the G-20 (after China) last year. Some of that growth is dependent on commodities like coal, palm oil, and tin, but Indonesia also has a large, growing middle-class consumer market — car sales are up 15 percent since last year. Multinational companies have taken notice, including carmaker Nissan, which is spending almost $400 million to double its production in Indonesia. Foreign investment accounted for nearly a third of the country’s GDP the second quarter of 2012. With the world’s fourth-largest population, nearly 250 million people, Indonesia is enjoying the kind of demographic dividend — a high ratio of working-age adults to those who depend on them — that propelled China’s and India’s explosive growth over the past decade.

TURKEY Turkey’s recent rise is generally covered as a political phenomenon, but its economy may be the real story. Over the past decade, Turkey, with relatively little exposure to the European financial crisis, has managed to nearly triple its GDP and its per capita income. Turkey is now Europe’s largest carmaker, hosting Honda, Hyundai, Renault, Toyota, and Ford factories, and a leader in pharmaceuticals as well. Much of the credit goes to the government of Prime Minister Recep Tayyip Erdogan, which has liberalized investment rules and put in place stricter regulations to tackle corruption since coming to power in 2003. Turkey has also seized back its historic role as a bridge between Europe and the Middle East: Its largest trading partner is Germany, but Egypt, Iran, Iraq, and Saudi Arabia are increasingly important to the country’s bottom line. Analysts warn that Turkey needs to tackle its high inflation rates and attract more direct investment, and a years-long effort to join the European Union seems to have stalled. But for the surging Turks, maybe staying out of stagnant Europe is not such a bad thing after all.

MEXICO Mexico might seem a surprising choice on a list of success stories, given the horrific drug violence that has killed more than 50,000 people in the past six years, but what gets much less attention is the country’s economic boom. Growth exceeded even that of much-ballyhooed Brazil last year. More than 700,000 new jobs were created in Mexico in 2010 as factories exported record quantities of appliances, challenging China for a share of the U.S. market. Inflation and debt levels are low, and for the first time in years, net migration to the United States has fallen to zero in 2012, and may have even reversed. U.S. politicians still mostly focus on Mexico as a source of drugs and immigrants, but with Mexico contending to replace China as America’s second-largest trade partner after Canada, it may be time for the United States to start thinking of its southern neighbor as a source of customers and jobs instead.

See Stephen Galloway on how Hollywood won the recession.