Pundits usually do a terrible job predicting the winner of the world's most prestigious peace award. With that caveat in mind, here goes... 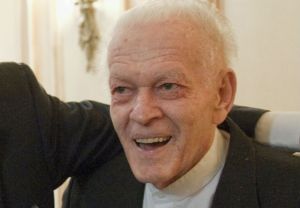 The winner of this year’s Nobel Peace Prize will be announced in Oslo this Friday, Oct. 12, meaning that it’s time for the media’s annual round of speculation. The consensus favorite this year seems to be American political scientist and head of the Boston-based Albert Einstein Institution (as well as FP Global Thinker) Gene Sharp, whose writings on nonviolent protest were influential on democratic uprisings in Eastern Europe as well as the recent Arab Spring protests (though some Egyptian activists bristled at the suggestion that they owed their revolution to a political theorist thousands of miles away). Irish betting site Paddy Power gives 6-4 odds for Sharp. He’s also considered the favorite by Nobel Peace Prize-watcher Kristian Berg Harpviken of the Peace Research Institute Oslo (PRIO), who publishes an annual shortlist of likely contenders.

One small caveat: These predictions are almost always wrong.

In the 10 years that PRIO has been publishing its list, Al Gore and the Intergovernmental Panel on Climate Change in 2007 are the only favorites who have won. One of last year’s winners, Leymah Gbowee, was one of Paddy Power’s top names last year, though her co-awardees, Ellen Johnson Sirleaf and Tawakkol Karman, were not. Bizarrely, last year the site gave 4-1 odds for Aung San Suu Kyi, who already won the award in 1991.

But all the same, here’s a look at a few of the other possible winners among the 231 names nominated this year.

Both Harpviken and the betting markets like the chances of the Russian human rights group Memorial, which has worked tirelessly since the late 1980s to both document Soviet-era atrocities and monitor abuses in contemporary Russia. The head of its Chechnya office, Natalya Estemirova, was abducted and murdered in 2009. Mathematician and rights activist Svetlana Gannushkina, one of Memorial’s co-founders, has been mentioned as a favorite in the past and was nominated again this year. Harpviken also suggests that the independent Ekho Moskvy radio station could win, if the Norwegian Nobel Committee decides to emphasize media freedom this year.

Sima Samar, a woman’s rights activist and burqa opponent who has served as chair of the Afghanistan Independent Human Rights Commission, the U.N. special rapporteur for human rights in Sudan, and Afghanistan’s minister of women’s affairs, is a perennial favorite for the award and Paddy Power’s second favorite at 5-2 odds after Sharp this year. With the United States preparing for withdrawal from Afghanistan, Samar could put the spotlight on the fate of Afghan women.

The betting markets like the odds of Tunisian blogger Lina Ben Mhenni (10-1), Egyptian Google executive-turned-revolutionary Wael Ghonim (12-1), and April 6 Youth Movement co-founder Israa Abdel Fattah (25-1). They would be the first primarily online activists to win, and their wins could be seen as a message to their countries’ new governments about the importance of freedom of speech. On the other hand, both Mhenni and Ghonim were nominated last year, which might have seemed the more logical time to recognize their efforts.

Harpviken thinks Archbishop John Onaiyekan and Mohamed Saad Abubakar, sultan of Sokoto (pictured) — leaders of Nigeria’s Christian and Muslim communities, respectively — have a good shot of winning this year for speaking out against religiously motivated violence, though given that this violence has continued to worsen this year, it’s unclear how effective their advocacy has been.

Harpviken also writes that Myanmar’s president, Thein Sein, has a good shot “for spearheading a gradually evolving peace process in the country.” But given how fragile that process is and the ongoing violence in Kachin state, this would be a risky and controversial choice.

Former U.S. President Bill Clinton’s Democratic predecessor, Jimmy Carter, and his Democratic successor, Barack Obama, as well as his vice president, Al Gore, all have Nobel Peace Prizes. Could this be the year Clinton is recognized for his work with the Clinton Global Initiative? Such a move might look nakedly partisan during a U.S. election season, but that hasn’t stopped the Norwegian Nobel Committee before.

Cuban activist Oswaldo Paya, who was nominated this year, was killed in a suspicious car crash in July, but blogger Yoani Sánchez, imprisoned doctor Óscar Elías Biscet, and the “Ladies in White” group of jailed dissidents’ wives are also options if the committee wants to put some pressure on the rickety Castro regime.

Maggie Gobran, the nun known as the “Mother Teresa of Cairo,” has been generating some media buzz. She gave up a promising academic career to become a nun and work with children and families in Cairo’s slums. She’s not a particularly well-known figure internationally, or even in Egypt.

Former German Chancellor Helmut Kohl is doing surprisingly well on Paddy Power (20-1 odds). Although widely respected for his leadership during the reunification of Germany, he may seem a bit too distant from today’s headlines.

Former journalist and whistle-blower John Githongo, who was forced to flee his country after investigating fraud and has since returned to work on community governance issues, might be a possible choice if the committee wants to put the focus on corruption.

Harpviken thinks that Popovic, a veteran of OTPOR — the youth movement that was instrumental in bringing down Serbian dictator Slobodan Milosevic — and leader of the Center for Applied NonViolent Action and Strategies, which has been “instrumental in disseminating knowledge of non-violence globally” is a possible candidate to share a Nobel with Sharp. 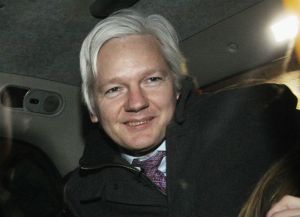 These nominations have gotten a lot of media attention but don’t really fit with the Norwegian Nobel Committee’s usual left-of-center but not anti-establishment politics. There is the potential for high drama if Julian Assange gives an acceptance speech via satellite from the Ecuadorean Embassy in London.

Think of it as the #slatepitch of Nobel Peace Prize nominees. In a year of horrifically bad press for the European Union, the committee could take a stand in favor of the ideals of European integration and highlight the positive role the EU has taken in encouraging democratic reforms and the rule of law in its recently joined members in Eastern Europe.

The websites and their founders have reportedly all been nominated. Facebook’s Mark Zuckerberg might like the distraction from his company’s flagging stock price, but I wouldn’t count on it.

At John Mellencamp’s urging, the Red Headed Stranger‘s fans have launched a campaign to have him awarded for his work on the Farm Aid campaign and promoting sustainable agriculture. Makes about as much sense as some of the people they’ve given it to.