Five other dangers that deserve our immediate attention. 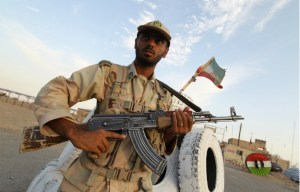 “I’d actually like to move to Iran,” declared the real winner of last week’s vice presidential debate — moderator Martha Raddatz — “because there’s really no bigger national security [threat] this country is facing.” Both candidates quickly agreed, and of course both President Obama and Governor Romney have highlighted the threat Tehran poses to the United States and the world in general. Only slightly obliquely, Obama even warned that the United States would consider military action to prevent Iran from going nuclear, a commitment Governor Romney shares.

Indeed, concern about Iran is held widely on both sides of the aisle and among the political class — perhaps as close as we come these days to a true bipartisan issue — and it is likely that any future administration will continue to put massive amounts of time and resources into the problem. Iran, and especially its nuclear program, should remain a concern of any future administration, but it is far from the only serious threat to U.S. national security — and perhaps not even near the top of the list. Here are some other countries and dangers that voters should think about as the candidates offer their competing visions of the U.S. role in the world: 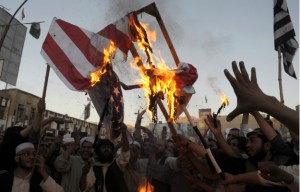 Pakistan. You name the problem, Pakistan seems to have it: jihadist terrorism, ethnic strife, disputed borders, endemic corruption, and a weak government that seems weaker at every pass. Oh, and it has nuclear weapons, scientists who go on the road to sell them, and a series of governments that openly back the Taliban, among other nasty movements. Under President George W. Bush, and then under Obama, the United States tried to work with Pakistan while at the same time never trusting it — a policy mirrored by the regime in Islamabad, which believes with good reason that the United States is a fickle ally. This unhappy approach may be the best that can be managed given the lack of strong pro-U.S. voices in Pakistan, but the prospect for even more serious unrest in Pakistan is of grave concern. Even worse, Pakistan has tolerated, or supported depending on your view, terrorist attacks on India, raising the possibility of a war between two nuclear-armed states. Such a war might leave thousands dead or, if it goes nuclear, millions. The environmental costs would be global, stunting agriculture, and posing health problems that would last for generations. 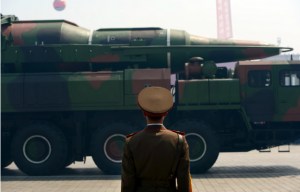 North Korea. Perhaps the only reason we focus less on North Korea than we do Iran is that we know so little about conditions in the hermit kingdom. But we do know that North Korea has nuclear weapons and that it has shared at least some of its technology with anti-U.S. regimes like Bashar al-Assad’s Syria. Putting aside the staggering brutality of the North Korean regime — hard to do for even the most hard-headed realist — the North Korean regime often creates foreign policy crises, such as testing its missiles or picking a small fight with South Korea, to build up domestic support. Dartmouth’s Jennifer Lind and I have argued that the North Korean regime can survive despite the country’s poor economy, collapsing legitimacy, and god-awful political system, but the potential for serious instability or even regime collapse remains quite real. While we should worry about Iran’s potential nuclear weapons threatening the United States, we should also worry about North Korea’s actual nuclear weapons. 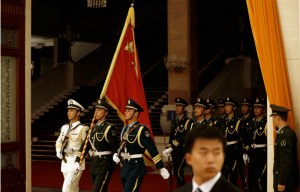 China. China is not an enemy of the United States. Nor is China a friend. Analysts often use euphemistic terms like “rival” or “potential challenger” to describe the regime’s relationship to the United States, and no label quite captures a country that is the world’s most populous, has the a rapidly growing economy that is already the second largest, and an expanding military that is rapidly moving from third-class to first- rate. China’s leadership is both nationalistic and cautious, unchallenged yet suffering from declining legitimacy, eager to establish the country’s standing in the world yet prickly and at times obstructionist in solving global problems like climate change or regional problems like Syria. No one knows what China will become in the years to come, but historians may look back at the next four years as the period that determined the nature of the relationship between the twenty-first century’s two greatest powers. Greatest threat? Maybe not. Greatest challenge? Quite likely. 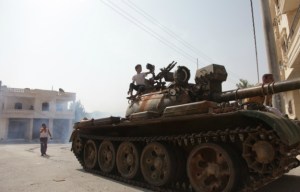 Syria and the Arc of Crisis. The civil war in Syria has gone from bad to worse: not only has the pace of the killing accelerated, but jihadists are playing a major role in the anti-regime violence. Perhaps even scarier, Turkey and Syria are exchanging fire across their border, Iran and Hezbollah are sending fighters to aid the regime, Damascus is backing anti-Turkish Kurdish fighters, refugees are pouring into neighboring states by the tens of thousands, and the crisis threatens to radicalize the region. Of Syria’s neighbors, Iraq and Lebanon are particularly vulnerable: both have recently suffered communal and sectarian civil wars, both have weak governments, and both have factions within the country that want to help different sides in the conflict. So a horrific war is steadily becoming a regional crisis, with the United States little more than a bystander. Key allies such as Israel and Turkey might be dragged in, while al Qaeda and other terrorists reap the spoils of war. 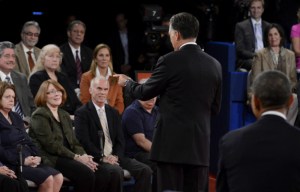 The United States. Okay, we don’t threaten ourselves. But sky-high budget deficits and an unwillingness to raise taxes an iota will inevitably lead to cuts in spending on defense and intelligence (the only question is whether we’ll use the sequestration axe or a more sensible scalpel). Perhaps even more important, the American people may be reluctant to make sacrifices to ensure we have a robust foreign policy. Support for foreign aid gets lower and lower, and grinding wars in Iraq and Afghanistan have made Americans wary (often appropriately) about the risks of intervention. We will still have a massive military and international presence, but we will have fewer resources than before and may be less willing to use them. We cannot think about threats abroad without recognizing how our problems at home will shape our response.

Where Iran ranks on this list is an open question. The clerical regime in Tehran is openly hostile to the United States and its regional allies. Yet its leadership seems more rational than what we’ve seen in North Korea, the country is less chaotic than Pakistan (to say nothing of Syria), and of course its military and economic power are a pale shadow of China’s. None of this means Iran can be ignored, but it also means that as we evaluate candidates we need to think beyond the crisis of the moment. We also need to recognize the limits on our power, and any president will have to decide how much to push the American people in pursuit of his foreign policy objectives. Some, perhaps all, of the challenges above have no good solutions (and often we’ll only know what was a foolish idea in hindsight), but all of them deserve scrutiny as candidates present their case to the American people that they can best keep our country safe and ensure that the United States remains a world leader.

Daniel Byman is a professor at Georgetown University and a senior fellow at the Brookings Institution. He is the author of the new book Road Warriors: Foreign Fighters in the Armies of Jihad. Twitter: @dbyman