The True Spy Story Behind Argo

The internal CIA account of how the Iran rescue really went down.

In the final scenes of the “nail-biting political thriller” Argo — the true story of how the CIA safely whisked six U.S. Embassy staffers out of Iran during the 1979 hostage crisis — a group of Americans disguised as a film crew safely survives three passport checks, the canceling and uncanceling of plane tickets, and a runway car chase by the Revolutionary Guard. But according to the insider account published in 1999 by the CIA’s in-house journal, Studies in Intelligence, the actual exit was much less dramatic. The Iranian customs official stamping passports at Tehran’s Mehrabad International Airport “could not have cared less” when he stamped the fake passports and exit visas of “six Canadians, a European, and a Latin American” as they snuck out of the country and onto Swissair Flight SR 363.

Notwithstanding this “easy exit,” the account written by CIA agent Antonio J. Mendez — who is played by Ben Affleck in the film — still reads like le Carré. Mendez and his team began by looking for “black” smuggling routes out of Iran, even studying billionaire Ross Perot’s successful exfiltration of two of his employees from Iran the year before. But Mendez concluded that “using paramilitary means” to rescue the hostages “seemed impossible.” (A year later, the Operation Eagle Claw fiasco proved him correct.) As such, the CIA’s Directorate of Operations decided to smuggle the employees “in plain sight.” 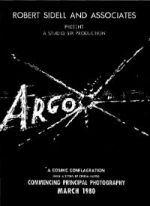 But Langley was not immediately sold on the “film production” cover; initially it tossed around disguises such as “food economists” or “unemployed school teachers.” No matter the cover, the Americans needed the help of Canadians. The Canadians agreed to provide six passports for the embassy staff for “humanitarian purposes” but refused to allow the two CIA escorts Canadian documentation. They did, however, smuggle the CIA’s documents and disguises to Tehran in a diplomatic pouch “the size of a pillowcase.”

According to the CIA’s account, “The Mafia and many shady foreign investors were notorious for backing productions in Hollywood,” so it was the perfect spot for the CIA to operate. The team opened Studio Six Productions and set up shop in offices previously used by Michael Douglas during production of The China Syndrome. Picking a script was a bit tricky. They decided, “We needed a script with ‘sci-fi’, Middle Eastern, and mythological elements. Something about the glory of Islam would be nice, too.” The crew found one that would work at the bottom of the pile; it was based on “an award-winning sci-fi novel” (Roger Zelazny’s Lord of Light). They drew up some logos and posters and bought full-page ads in Variety and the Hollywood Reporter. The origin of the title Argo stemmed from “a profane ‘knock-knock’ joke”: Argo who? Argo fuck yourself. 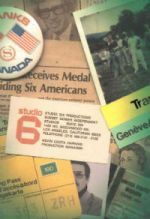 Despite the eventual successful rescue from Tehran, the operation did not go off without hitches. The Canadians discovered that one of the CIA’s forged Iranian visas had been mistakenly issued in the future — its forger had “misinterpreted the Farsi calendar.” Relations with the Canadian government were also strained at times; Mendez recounts that some Canadian forgeries “terribly outclassed” those made by the Americans. The CIA’s maps also showed the incorrect location of the Canadian Embassy, where the agents were supposed to meet their Canadian contacts. After arriving at what was actually the Swiss Embassy, the two CIA agents had to act like lost tourists, asking Iranians on the street for directions. (I wonder whether the same company made maps of Belgrade.) The final error occurred in the pre-dawn hours the day of the escape. Mendez awoke at 3 a.m. to a phone call; his alarm was set to wake him at 2:15 a.m. He had overslept.

The eight (the other CIA agent was omitted from the film) then traveled to Mehrabad International Airport in Canadian Embassy transportation (the embassy had even composed a fake cable explaining that it had advised the movie crew to film elsewhere). The refugees dressed with Hollywood flair and sauntered through the airport, each having been drilled on the dates and details of their “legend.” One wore a “‘mod’ blow dry … tight trousers with no pockets and a blue silk shirt unbuttoned down the front with his chest hair cradling a gold chain and medallion … his topcoat resting across his shoulders like a cape.” The disguises worked to a T. After their fake visas and passports were stamped by the Iranian customs agents, the eight boarded their plane, which took off after a brief mechanical delay. To be safe, they waited until they were out of Iranian airspace to order bloody marys.

One “ironic coda” from the CIA account: “By the time Studio Six folded several weeks after the rescue, we had received 26 scripts.… One was from Steven Spielberg.”